Carol Burnett is returning to television with a new sitcom

Shout it from the rooftops. She's back.

The queen is returning to primetime, in a traditional multi-camera sitcom. Yesterday, it was reported by Deadline that Carol Burnett will star in a new comedy series from executive producer Amy Poehler. Even the concept sounds like a throwback to sort of humor found in '60s, '70s and '80s shows. 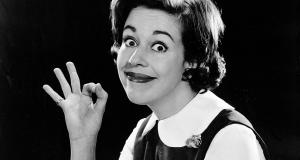 On paper, the generation-gap, living-under-one-roof sitcom seems like a mash-up of The Beverly Hillbillies, Silver Spoons, Golden Girls and Mama's Family. Here's the pitch: A family gets the chance of a lifetime to purchase a fabulous house well beyond their income bracket. There's just one catch — they have to share it with the original owner, an old actress, until she dies. Burnett plays the aging star, naturally.

Over a span of half a century, Burnett has earned 22 Emmy nominations and won six trophies. The Carol Burnett Show ran for 11 years, garnering a best variety-comedy series Emmy nomination for each of the 11 seasons, winning three times. Of course, we don't have to tell you that Burnett has the chops. She's on MeTV every weeknight.

Michael Saltzman will serve as writer and producer. The industry veteran has credits such as Wings, Murphy Brown, Mad Men and Halt and Catch Fire on his resume. The untitled series will hopefully kick off in 2017.