Lynda Carter was behind the craziest stunt of 1970s television

The actress risked her life for the perfect shot. 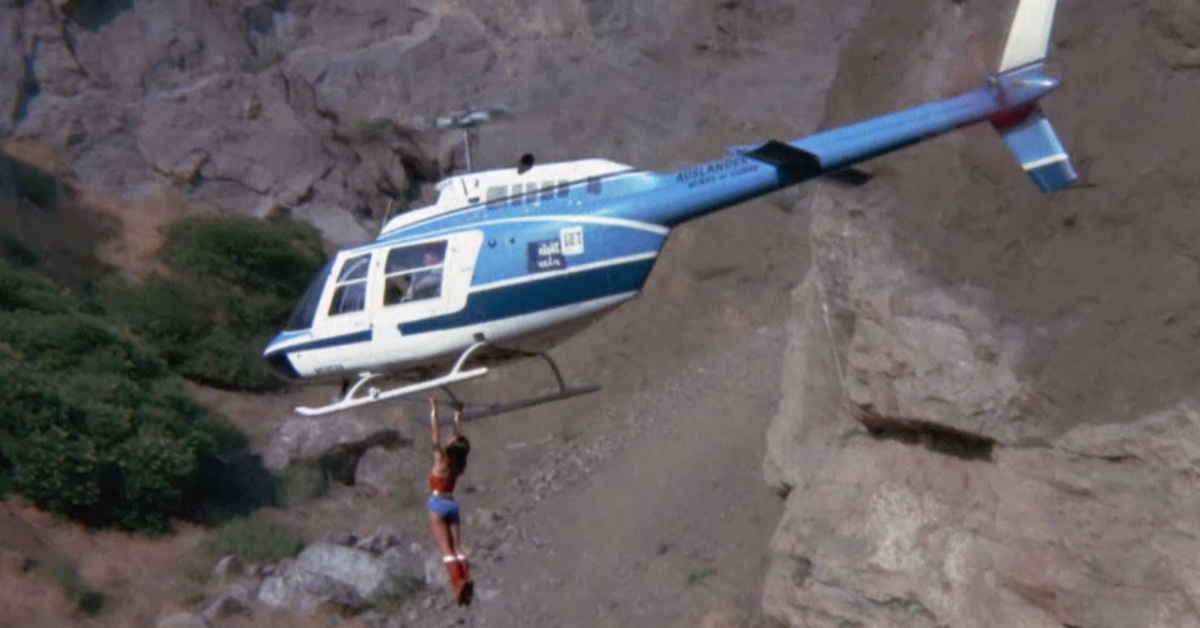 Wonder Woman is a rare feminist symbol of courage, strength and resilience on television.

But who says Lynda Carter doesn't embody all those traits as well? In the 1970s, Carter portrayed the superhero and eventually became synonymous with the character.

While filming Wonder Woman in the 1970s, a stunt double named Jeannie Epper typically stepped in for Carter in difficult scenes.

But in some cases, Carter performed her own challenging stunts. We're not talking about little jumps and punches. No, we're talking about flying into the air with no wrist guards and no safety net.

That's exactly what Carter did in the season two episode "Anschluss 77." While filming the episode, it became clear the stunt double didn't look anything like Carter.

With the sun setting and the chance to shoot the scene diminishing, Carter chose not to waste any more time. She held onto the aircraft with her bare hands as it ascended.

Of course, Carter says she got into trouble with the network after filming wrapped. But she adds it was totally worth it.

"It was so much fun," she confessed. "Where else in your life can you have all these adventures?"

Can you think of another actor who would do a stunt like that? Watch the crazy ride below!

did you know1970s
Before Lynda Carter, there was another Wonder Woman

PaceDon 11 months ago
I love Wonder Woman as a young boy growing up I could not wait to watch Lynda Carter in her next great episode also she was also the only super hero I wanted to play as a kid I was so happy when all 3 seasons became available for Dvd I had mine pre ordered each time I have not watched any of the remakes I know times change but just like Christopher Reeve as superman there will alwas only be 1 Wonder Woman Lynda Carter is my Hero.
Like Reply Delete

DerekBird 11 months ago
What a Woman.