These nostalgic magazine covers remind us what life was like 40 years ago. 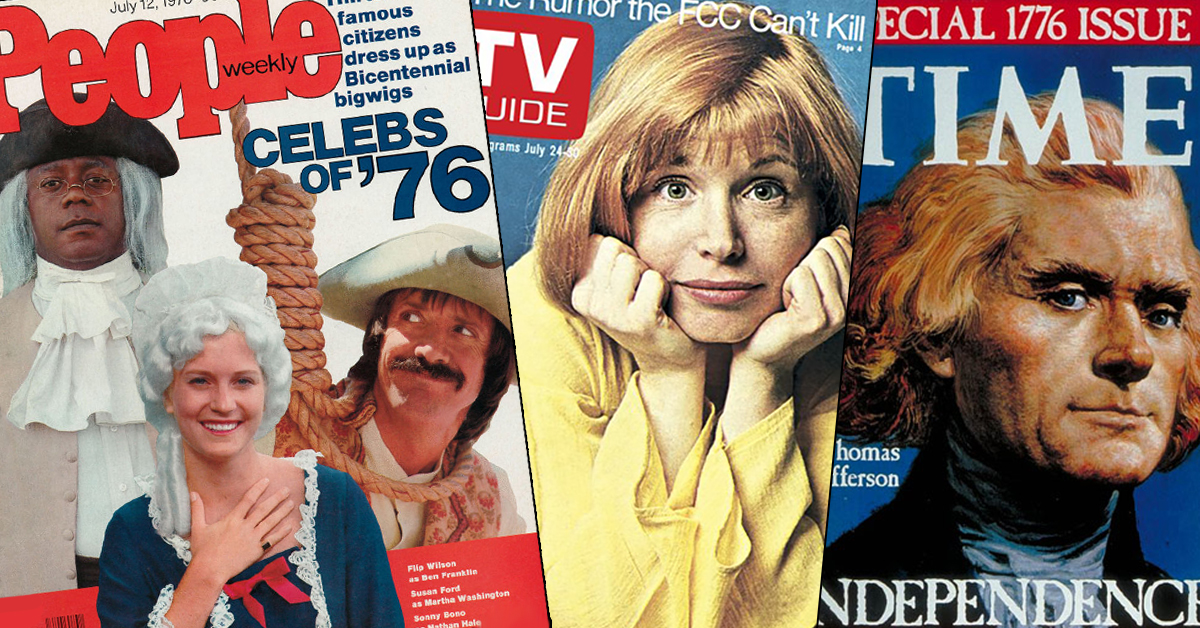 July is always one of the busiest months of the year, with a plethora of summer activities, barbecues and the Fourth of July blacking out our calendars. Things were no different 40 years ago, either.

The summer of 1976 saw a bunch of major events that all culminated in the month of July. The Fourth of July that year was the nation's Bicentennial, and Americans everywhere were eager to show their patriotism. Later that month, both political parties held their conventions, where they nominated Gerald Ford and Jimmy Carter to run against each other in the general election.

The Summer Olympics kicked off in our neighbor to the north, with the 21st quadrennial games being held in Montreal. It's hard to believe all that took place during the span of 31 days.

Let's take some time out from the busiest month of the year to revisit the past and remember why July has always been a hectic, yet fun, month. 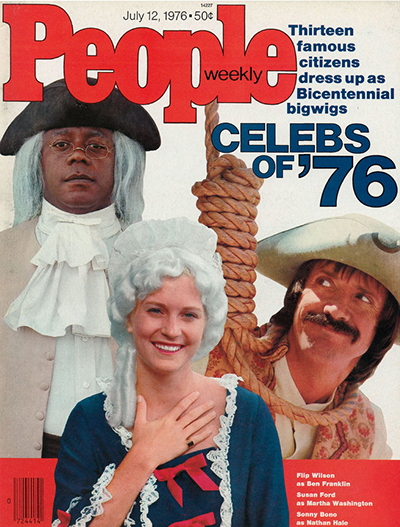 To celebrate the Bicentennial, People recruited 13 celebrities to dress up like famous figures from the American Revolution. Muhammad Ali dressed up as Crispus Attucks, while Joe Namath became George Washington and Diane von Furstenberg played Betsy Ross. For some reason, the magazine thought it was a good idea for Sonny Bono to wear a noose on the cover as Nathan Hale. 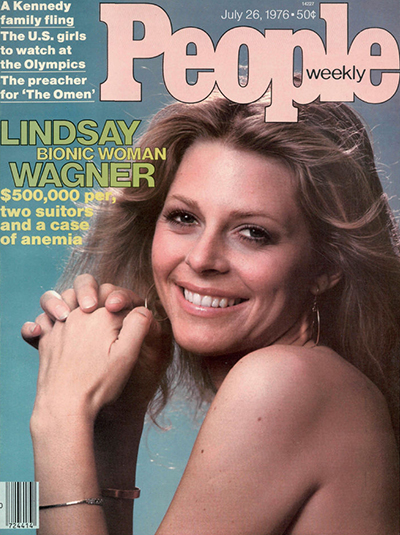 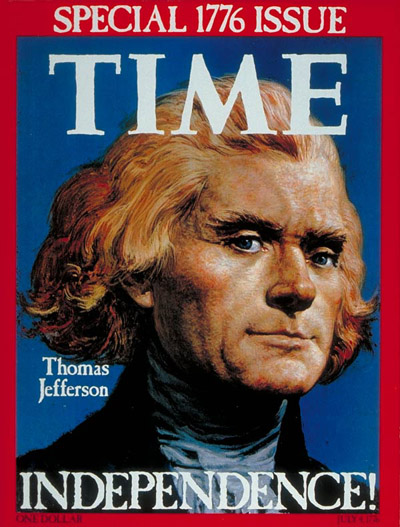 Time chose to feature Thomas Jefferson over George Washington and Benjamin Franklin for its Bicentennial cover. Based on the illustration, Jefferson's good side must be his right side. 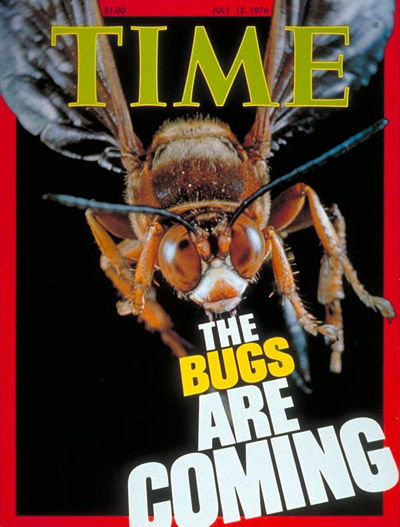 With all the events going on in July — the Bicentennial, political conventions and impending Olympic Games, Time made the unusual choice to feature bugs as the cover story. Slow news week? 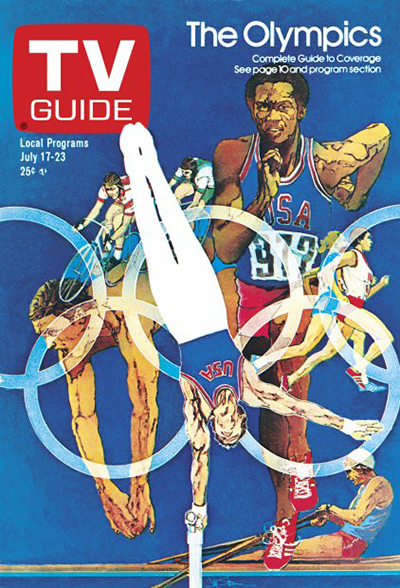 Summer is usually a dull season for network TV, but not when the Olympics come around. TV Guide prepared readers for the summer games, which would take place in Montreal starting July 17. 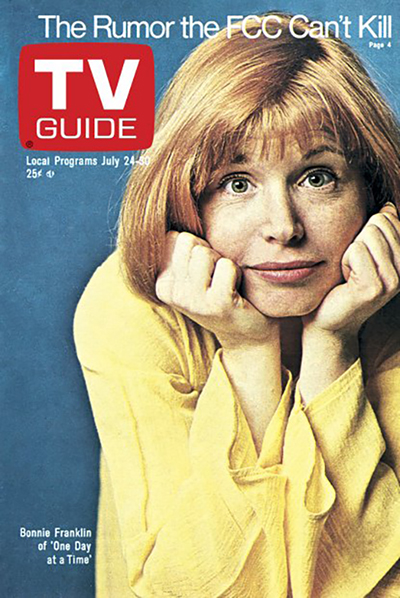 Bonnie Franklin promotes her show One Day at a Time, which just finished its first season that year. The show would continue for another eight seasons. 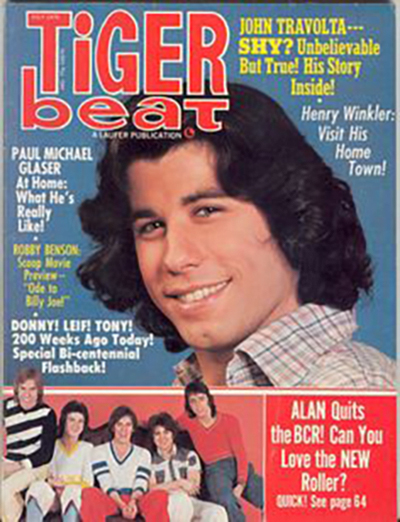 Did you know John Travolta was shy? It's true! Well, according to July's issue of Tiger Beat. Readers could also win a trip to Henry Winkler's hometown, which is actually just New York City. 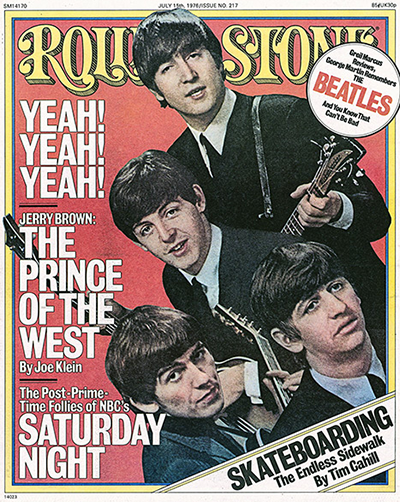 Six years after the band broke up, people were still going crazy for The Beatles. In this issue of Rolling Stone, famed producer George Martin sat down with the magazine to give background information on popular songs. Martin passed away earlier this year at the age of 90. 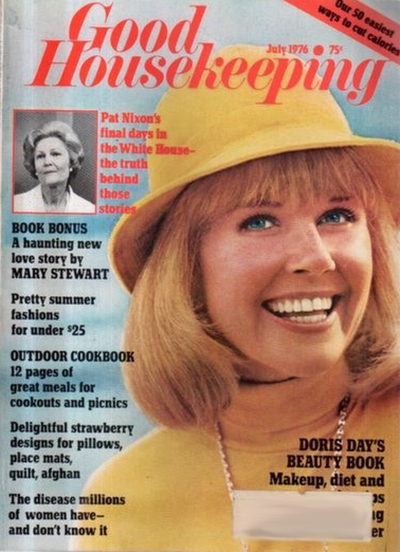 Who's that on the cover of Good Housekeeping? Why, it's the incomparable Doris Day! In the issue, she shares her secrets about makeup, diet and beauty.