The gritty action series featured most of the Brady home. Mike and Carol must have used Airbnb. 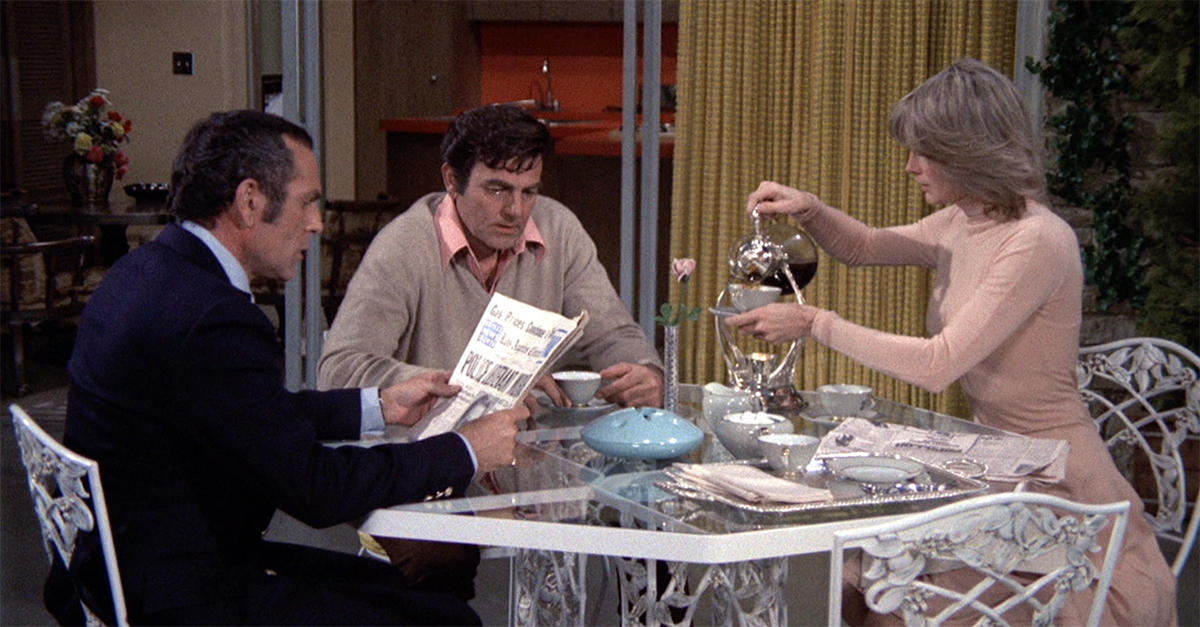 From 1969 to 1974, Robert Reed was pulling double duty. Everyone remembers the actor as patriarch and architect Mike Brady on The Brady Bunch. That immortal sitcom role overshadows his concurrent work on the tough-as-nails action series Mannix, which regularly featured Reed as Lt. Adam Tobias, an LAPD cop who occasionally lent private investigator Joe Mannix a hand.

Here are Robert Reed and Mike Connors together, during a typical scene in which Tobias awakens Mannix after he's been knocked out. 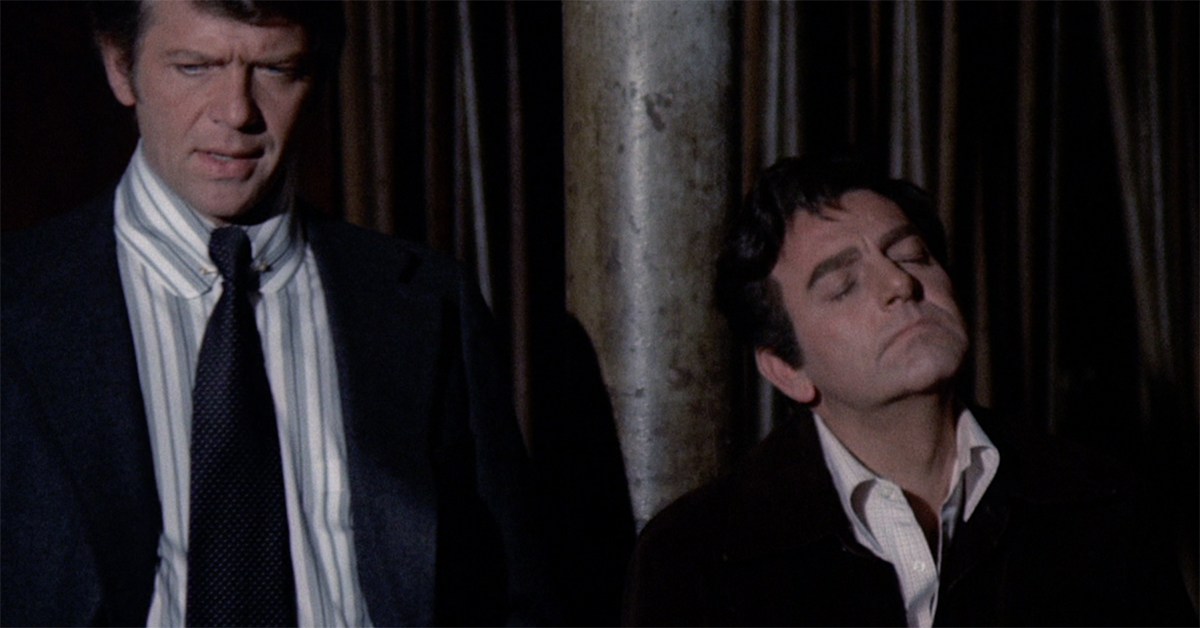 This is not the only connection between Mannix and The Brady Bunch, which were both produced by Paramount Television. Another iconic Brady "character" popped up all over Mannix — the Brady house.

The split-level, mid-century-modern house remains one of the most recognizable and beloved homes in television history. The orange kitchen, the brick stairs leading to a sunken living room, the sliding glass doors opening to a bright outdoor patio space, the carpeting slat staircase leading upstairs — we know its details as well as our own childhood homes.

Which is why it's fascinating that Mannix producers made little attempt to disguise this renowned interior. As both series were in production at the same time, the distinctive wallpaper and paint colors are easy to spot.

Let's take a look at some Brady Bunch house cameos.

In season four's "One for the Lady," Mannix considers an offer to become the bodyguard to a mob widow. Alexandra Pulvarenti (Jo Van Fleet) is living in the Brady house, as Mannix meets with her in the living room and on the patio. 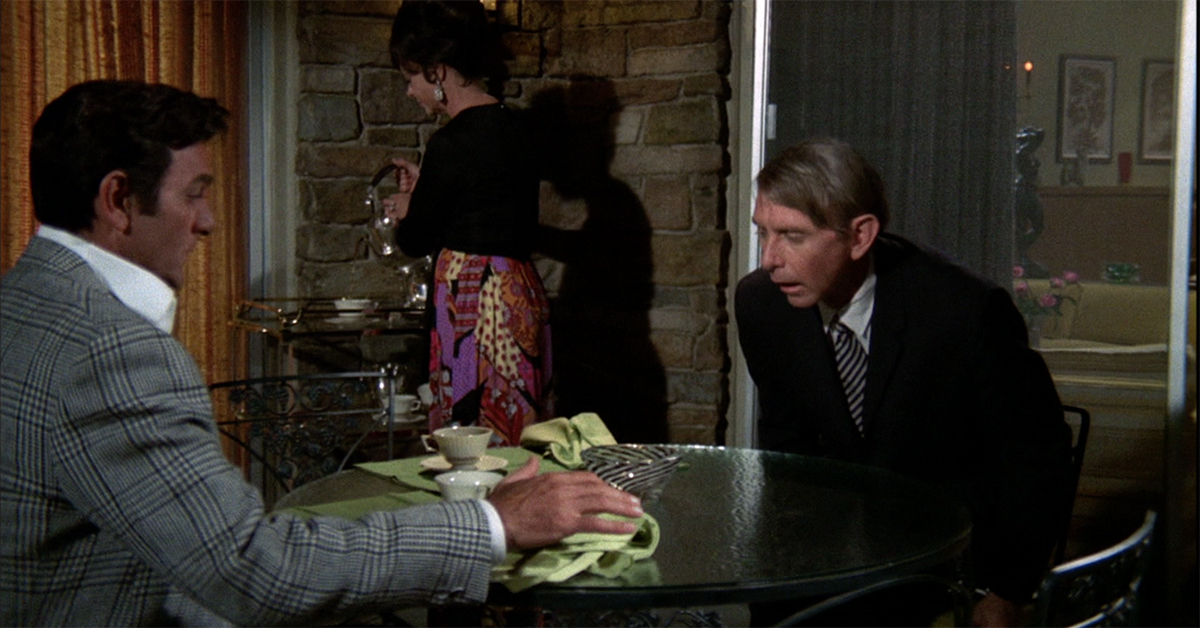 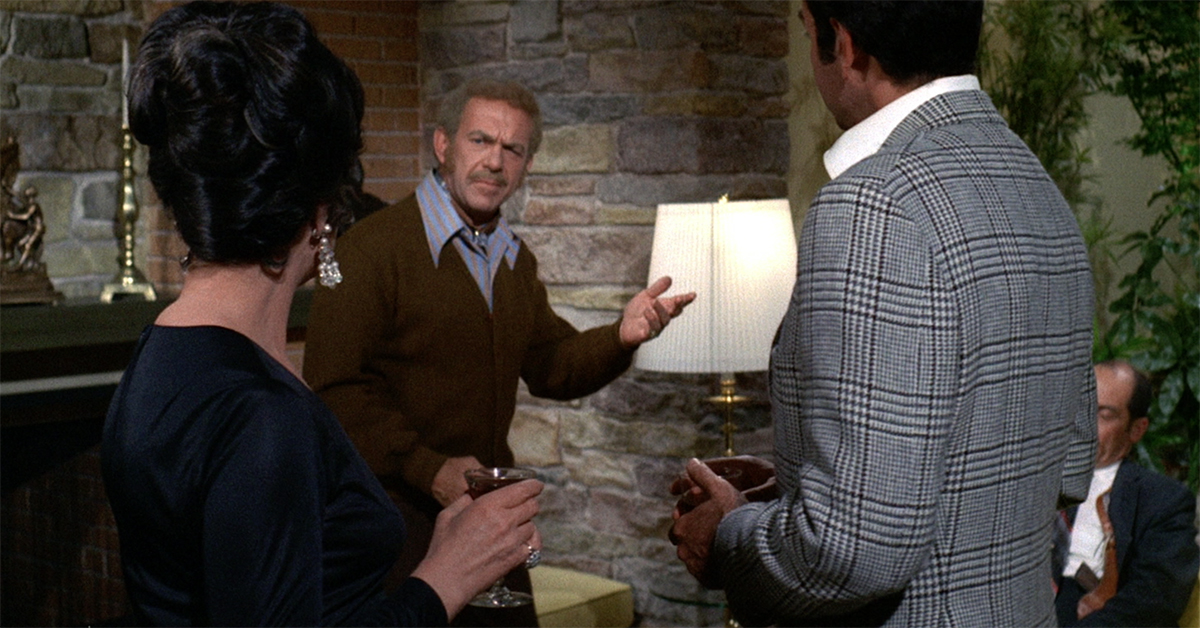 The same spaces are featured heavily a couple seasons later in "The Danford File," when Mannix attends a party thrown by Barney Edmonds, an old friend managing a Hawaiian gubernatorial campaign. 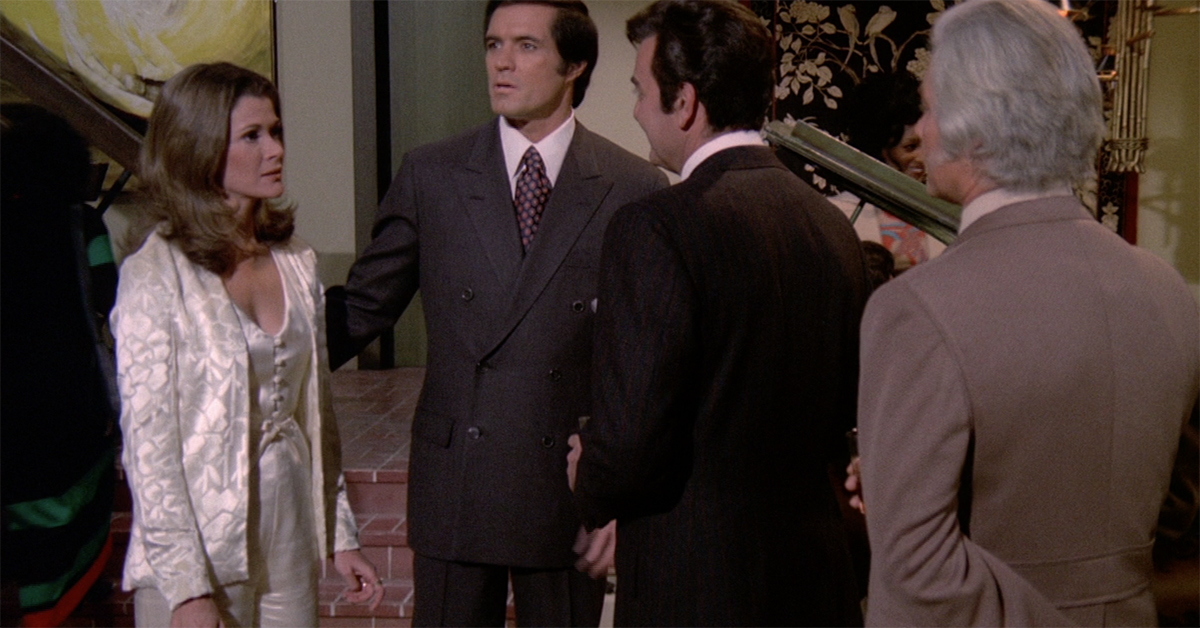 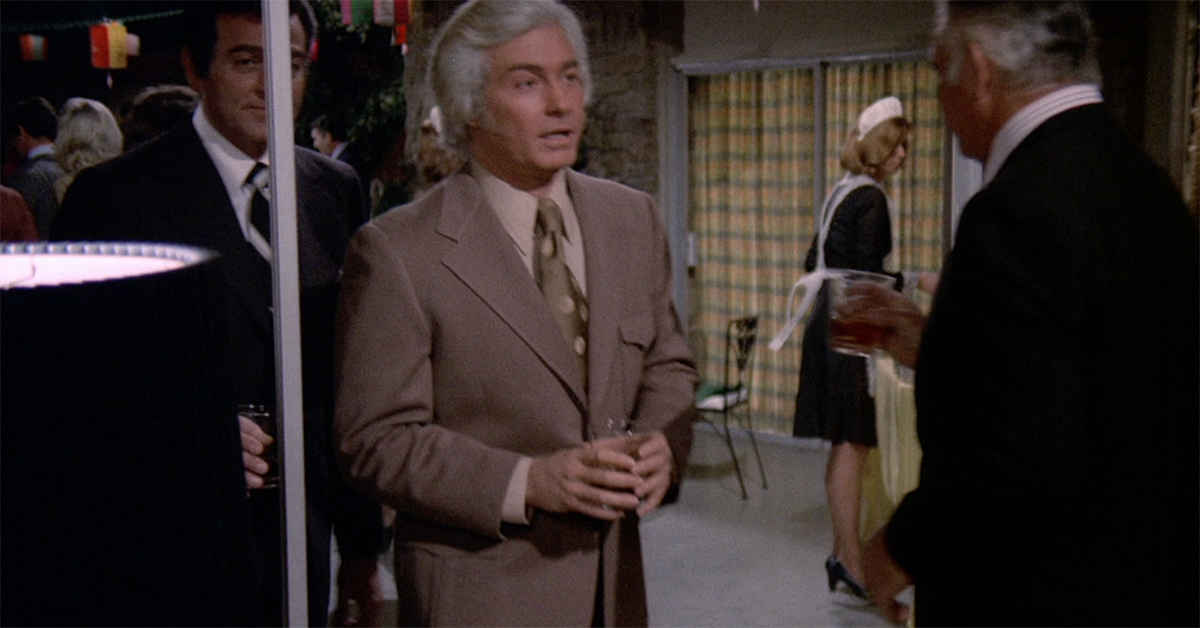 This episode also gives us a good look at the stairs, as the wonderful Jessica Walter descends. 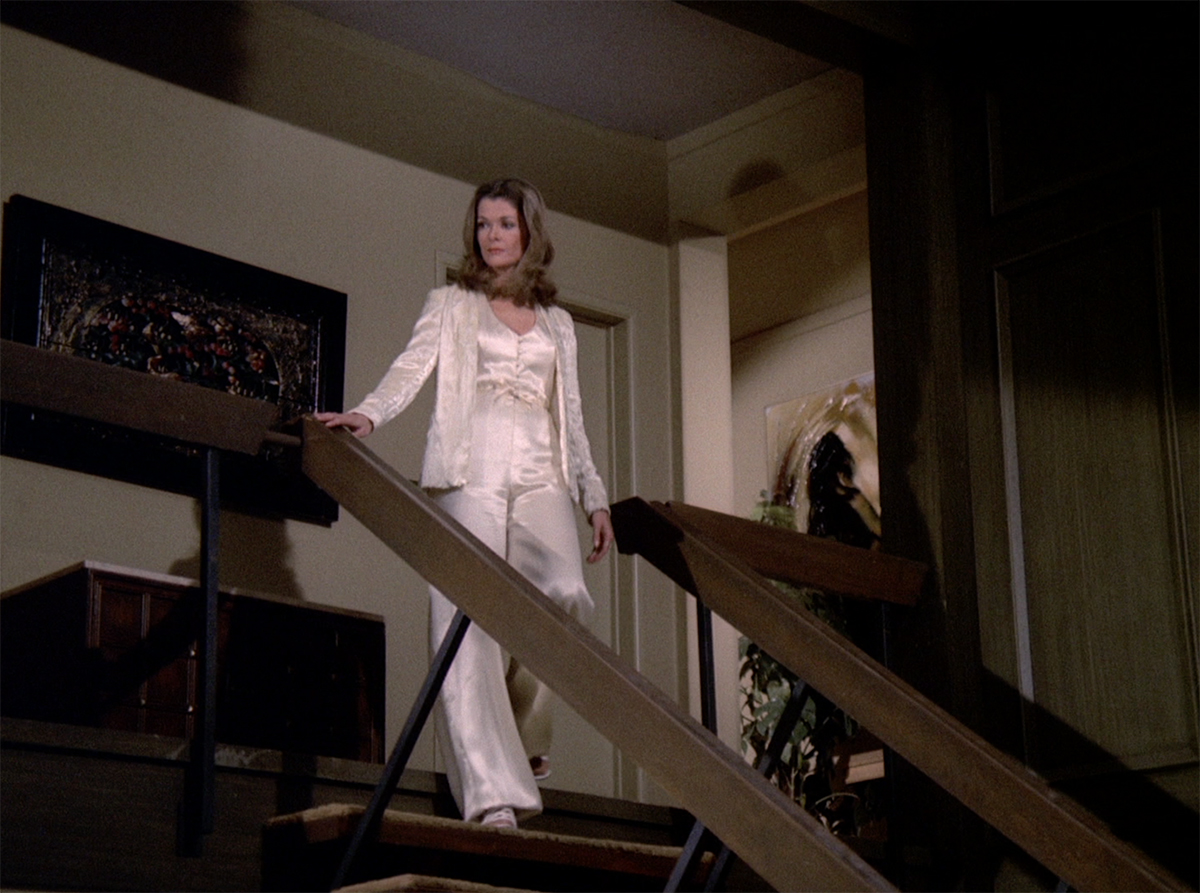 For reference, here are some shots of the same living areas on The Brady Bunch. 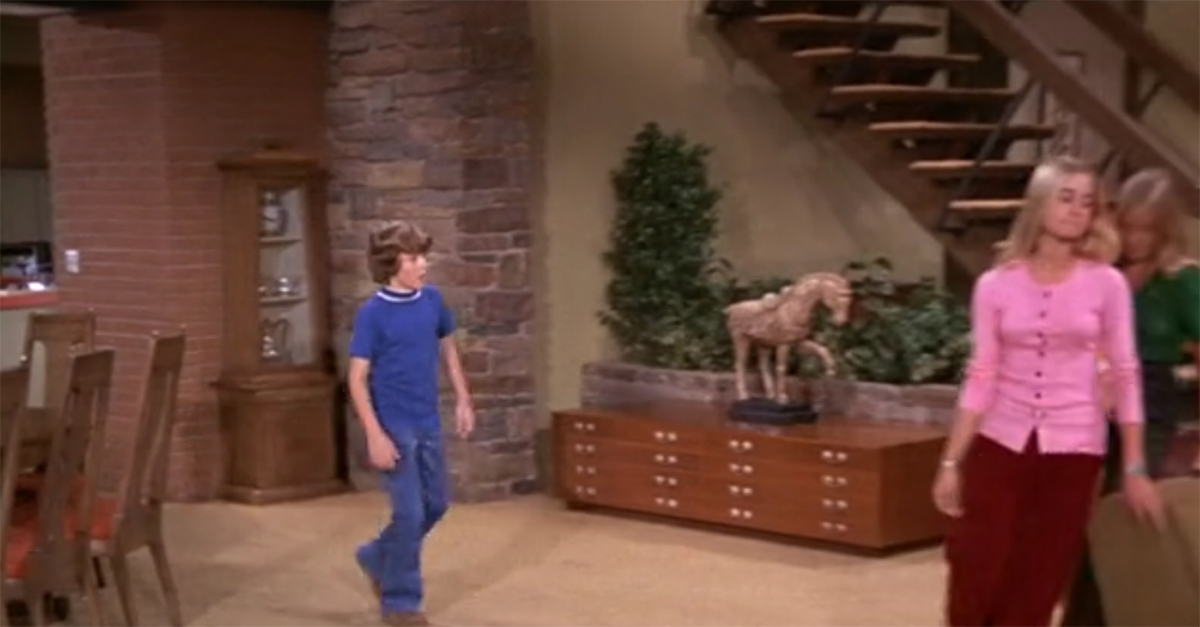 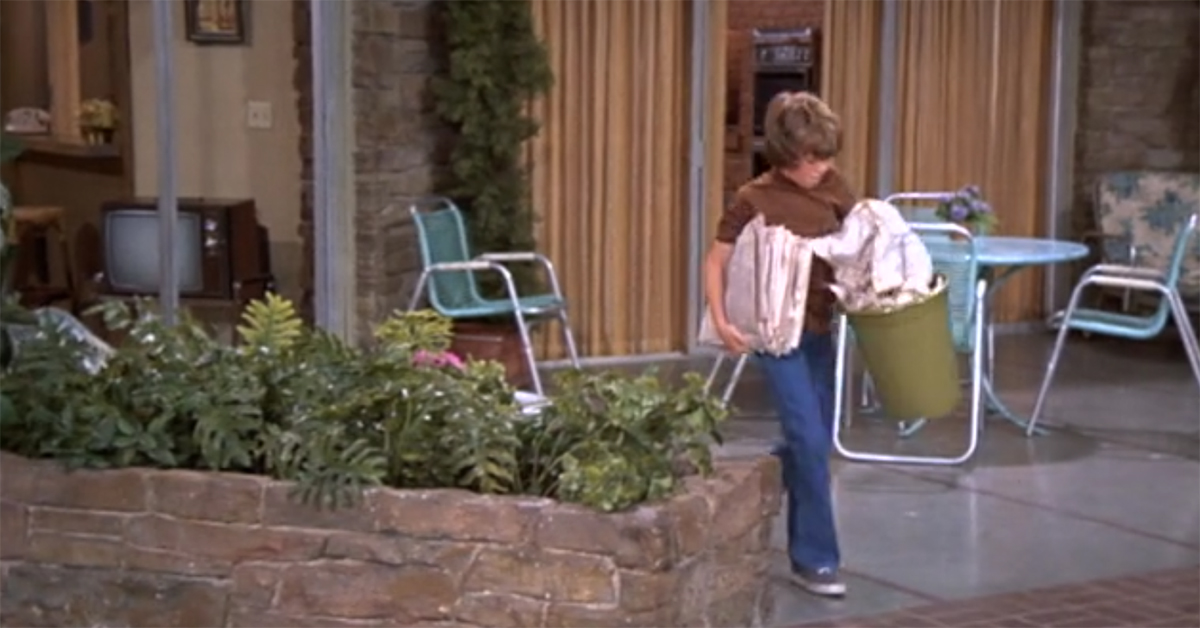 The season seven finale, "The Ragged Edge," which featured guest star Linda Evans, explored even more of this enviable home. You can spot the unmistakable orange kitchen in the shot at the top of the page.

Mannix also awakens in the Brady girls' bedroom, which is sporting the yellow floral look from the final season. The family had recently wallpapered over the pink walls in "My Brother's Keeper," which aired five months before "The Ragged Edge." Across the hall, you can also spot the baby blue door of the kids' bathroom as Linda Evans crosses the frame. 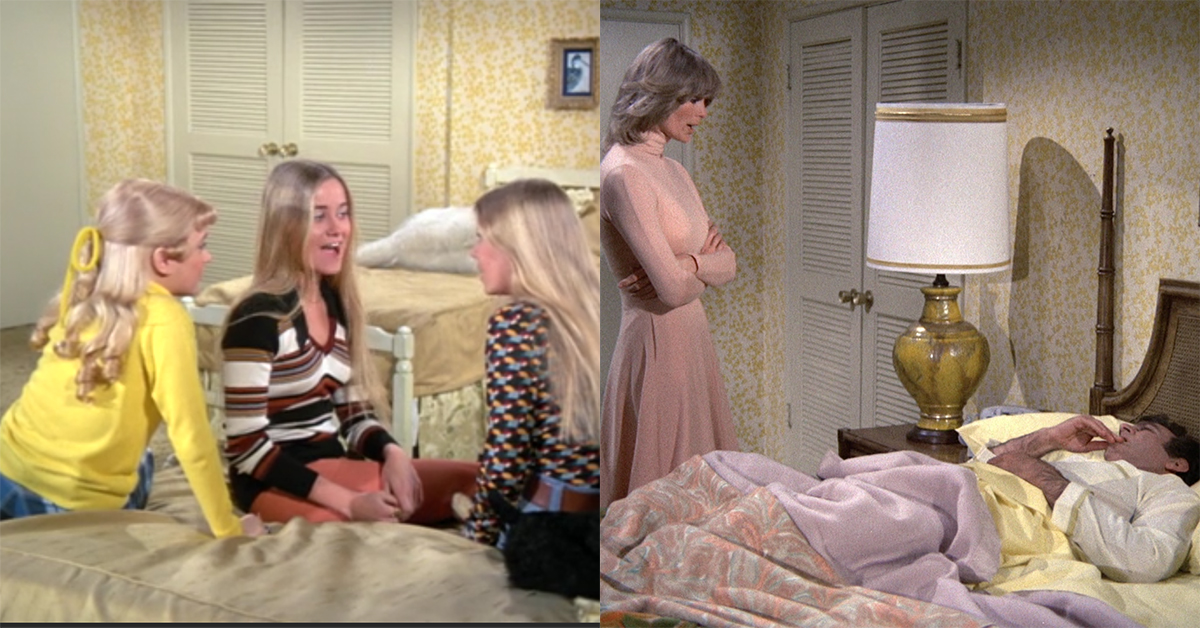 Mannix was not the only television show borrowing the Brady house. In 1972, Mission: Impossible popped in for the episode "Double Dead." Here is Peter Graves walking in that chic front entrance. 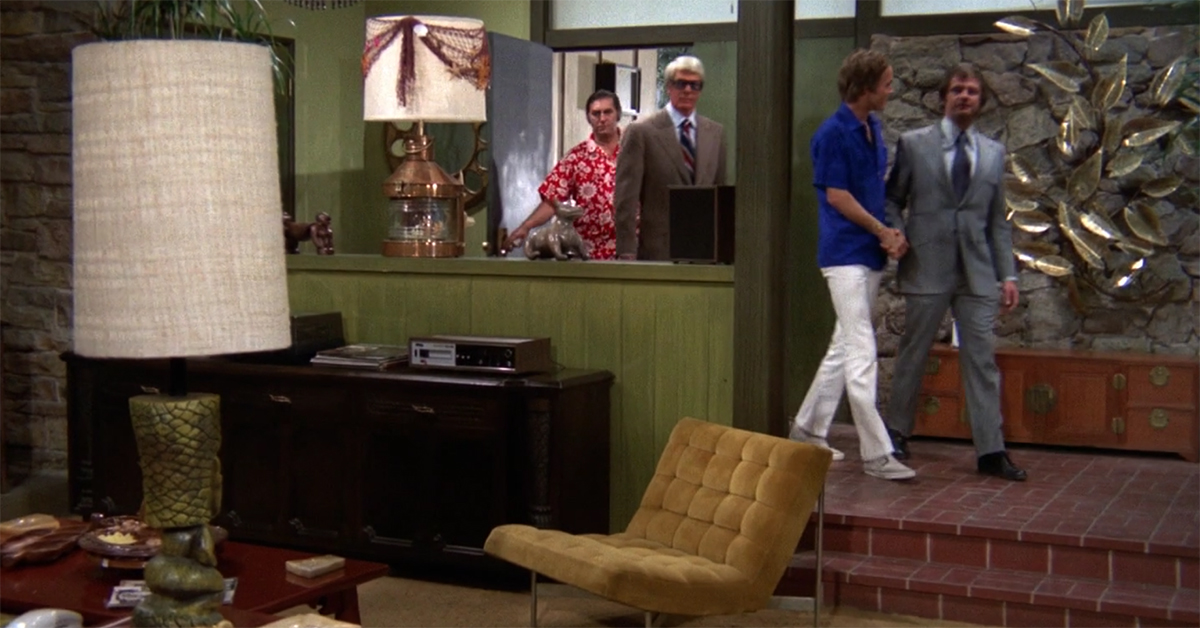 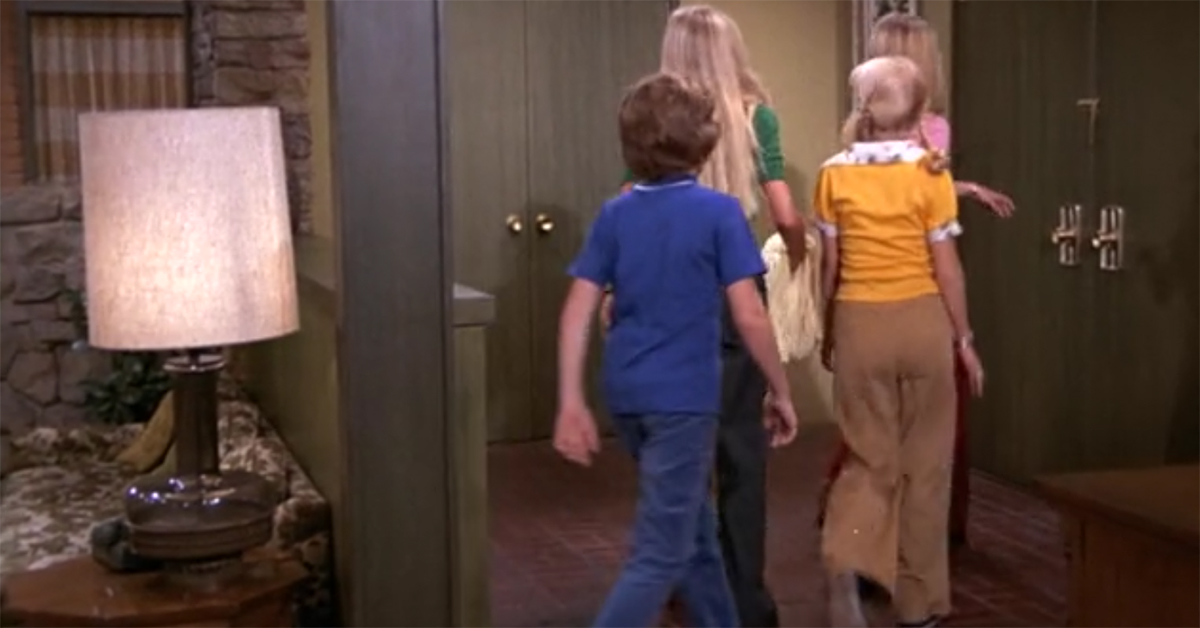 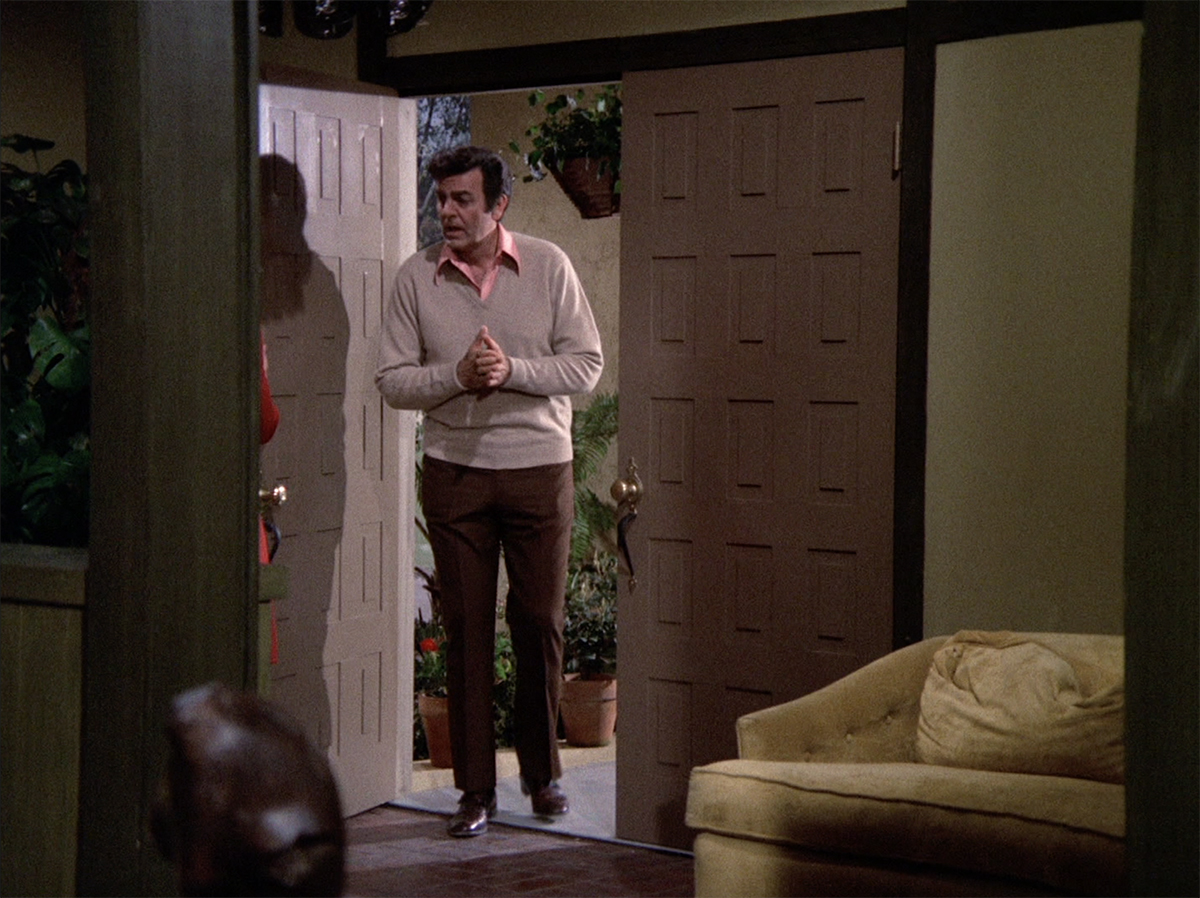 Perhaps Mike Brady was also secretly the inventor of Airbnb?

Keep your eyes peeled for this mod marvel in episodes of Mannix! Of course, you can always see it on The Brady Bunch, too.

EricFuller 6 months ago
Unfortunately Mannix never got to solve the disappearance of Cousin Oliver.
Like Reply Delete

HerbF 27 months ago
It was not uncommon for studios to use standing sets of other series when not in use on other shows - MISSION:IMPOSSIBLE for instance used sets from FAMILY AFFAIR during its run as Producer Fedderson leased space from Desilu for The show (Unlike His "My Three Sons" shot at CBS Studio City). M:I also used the Brady Sets redressed as well.

Paramount Television Actually kept the set in storage after BRADY BUNCH ended ("Fold and Hold") and it turns up on a late MANNIX episode a year after it was canceled.

It's cost-effective to use an available set and redress than build a new one for an episode.

Revue/MCA would do the same thing in the 1950's - The "Leave it to Beaver" and "Batchelor Father" sets would turn up on "G.E. Theater", "Alfred Hitchcock" and "Thriller" as they leased, and then later owned Universal Studios!

Warner Brothers for there Westner shows would use the same Sharrif's office redressed for ALL of them, slightly redressed, same with a Saloon set.
Like Reply Delete

EricFuller HerbF 6 months ago
Dick Powell's Four Star Productions used to do that the shows his company used to produce.
Like Reply Delete

K 34 months ago
I've been watching the entire series of Mannix on METV. If I had to guess, I'd say the Brady House was used more times than those listed; perhaps, as many as 8-10 times.
Like Reply Delete

Blangaz1 36 months ago
Thanks for this MeTv! This is “GEEK-GOLD”! There.... I just invented that. You’re welcome 😉
Like (1) Reply Delete