Robert Conrad couldn't escape his tough guy image — but he could dodge police!

In 1971, Florida men claimed the classic TV star, known for daring stunts, assaulted them with a shoe. 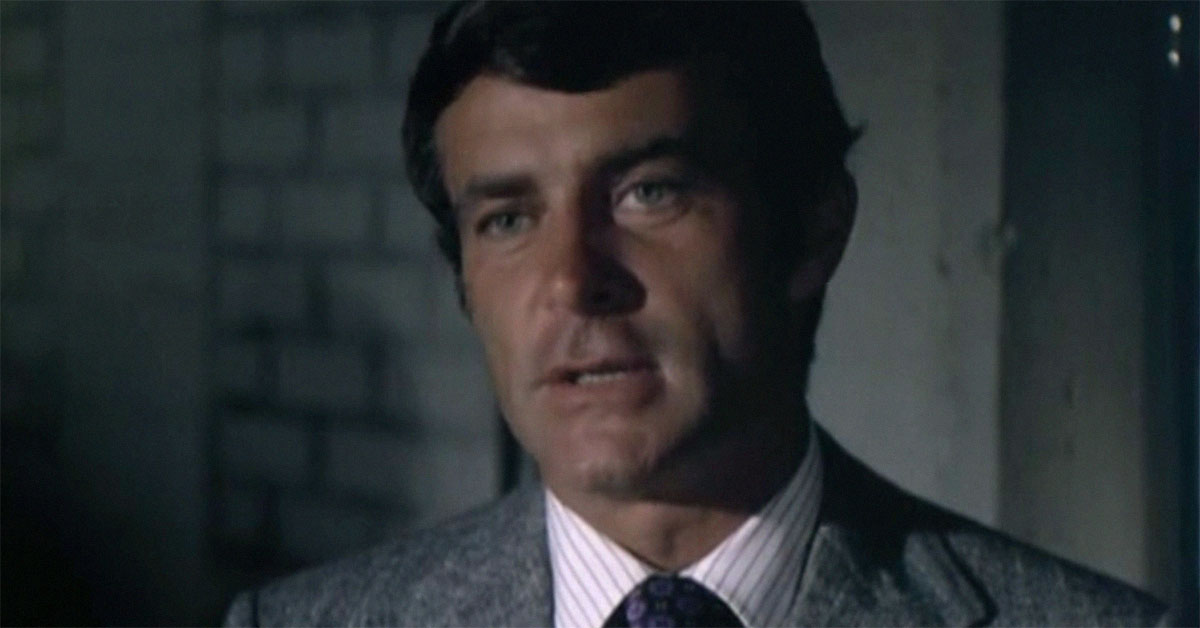 Classic TV actor Robert Conrad became known as a tough guy over the course of series like The Wild Wild West, where he'd famously perform his own stunts with even more enthusiasm than the wildest stuntmen.

This led the actor to develop a reputation as an intense dude not to be messed with, which followed him off-camera.

In 1971, he was preparing to return to TV as the star of a new Jack Webb show called The D.A. To promote his new show, he appeared on Adam-12 in two crossover episodes, the first being "The Radical."

In "The Radical," Adam-12 fans were struck by Conrad's new character, pictured above, all suited up as the district attorney Paul Ryan. They were more used to seeing him throw punches literally, and not proverbially in court. But Conrad insisted this role fit him just as well as any of his prior roles.

"I feel like a lawyer when I suit up and I feel very capable," Conrad told The Daily Courier in 1971.

As an actor, Conrad couldn't stand watching any actor play a part he knew he could do better, and it kept him returning to acting. "My ego prevents me from not coming back," Conrad admitted.

Because he put so much of himself into every role, he considered four years the optimal run for a TV show. He hoped The D.A. would make it that far. 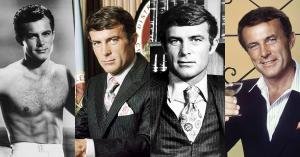 "We'll have a big hit," he predicted, pointing out that like Webb's other series, The D.A. is based on actual criminal cases that provide more shock and interest for audiences than invented plots. (Harry Morgan also co-starred!)

Unfortunately, Conrad's prediction was off. The D.A. lasted just a single season. And it could be in part because Conrad said everywhere he went, people expected him to play the tough guy, even in the real world.

In 1974, he told The Miami News that "wise guys" constantly assaulted him in public, pushing the TV star to prove that he's just as big a tough guy as the TV characters he plays.

That year, a fight broke out, where some men in Fort Lauderdale claimed that Conrad slammed one of them in the head with his shoe. Conrad denied it happened, but he left the scene before police arrived.

"I don't knock anyone in the head with a shoe," Conrad said. "I'm a martial artist. I know much better ways if that was what I wanted to."

Conrad couldn't talk much about the fight because there was ongoing litigation, but he said that the commotion started when the men blocked Conrad's path with their car and started shouting obscenities at the celebrity.

For Conrad, this was a typical encounter at first. "The verbal abuse is just something I've had to learn to live with," he said.

But when it escalated, he knew he had to get out of there.

"I have a friend who is a famous bandit," Conrad defended himself against the battery claim. "He told me when this came down, he was shocked. He knew I wasn't violent."

Conrad had learned long ago how to deflect such aggression. Growing up, Conrad played football, but he also sang in the choir, and he said this led to plenty of bullying from his football teammates.

"Every time one of the ends or backs kidded me because I sang in the choir, I hit them a little harder in practice," Conrad said. "I was the toughest singing linebacker they ever ran into."

At this time as a young man, Conrad said this reputation for toughness led him to hang with a crowd in Chicago who saw police like Adam-12 officers as adversaries. He was "born on the wrong side of the tracks on Chicago's tough South Side," a journalist wrote. He loaded and drove trucks as a teenager.

That's why he found it a little ironic when he got cast as The D.A. He'd come a long way from being that singing linebacker street-tough those Fort Lauderdale men still saw him as.

It makes sense then that for Conrad, the best getaway was somewhere no one could reach him — neither his fans nor his agitators. Between films, he liked to escape to a 100-acre ranch he owned in Northwest California. There, he didn't have a TV, radio or phone. Only there he found peace, far away from fistfights, fictitious or real. 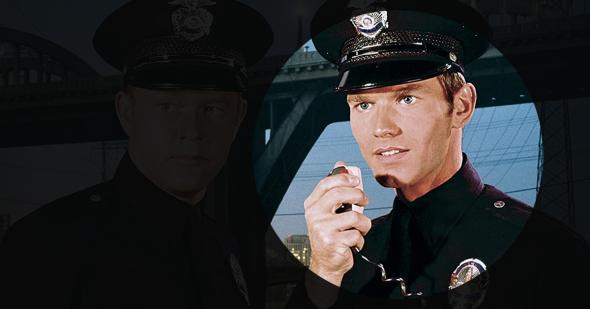 Did you know?
Jack Webb fought to keep Adam-12 alive through the power of Kent McCord's popularity 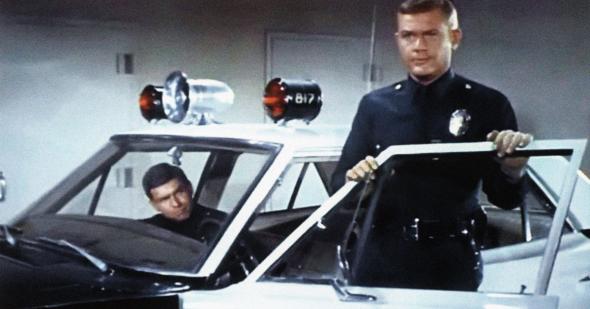 Did you know?
Martin Milner was an ace driver in real life — which led to the strangest job offer 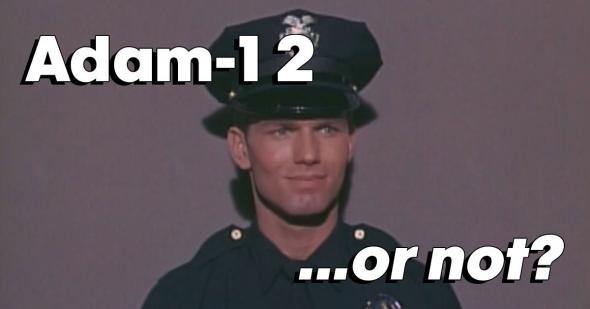 Is this Kent McCord in Adam-12 or something else?
Are you sure you want to delete this comment?
Close

kittycatdas 6 days ago
I love Adam-12

bebife1229 1 month ago
I made ten thousand dollar a month doing this and she convinced me to try. The potential with this is endless. Here’s what I’ve been doing more information visit this site… https://www.Usd.Works68.Com

lifif91330 1 month ago
I made ten thousand dollar a month doing this and she convinced me to try. The potential with this is endless. Here’s what I’ve been doing more information visit this site… https://www.Usd.Works68.Com

AnnieM 1 month ago
He had to have loved that 'tough guy' image - why else would he do that Eveready commercial?
Like Reply Delete

barrier 1 month ago
Robby Conrad was always a favorite growing up. My mom had a huge crush on him. We were all big fans of Wild Wild West and just about anything else he was in.

Andybandit 1 month ago
Robert Conrad was a good actor
Especially in the episodes of Columbo that he was in.

Peter_Falk_Fan jh4306 1 month ago
Don Adams would have missed the guy's head "by that much".
Like (5) Reply Delete

Moody 1 month ago
My brother and I were big fans of Wild, Wild West. After every episode we would have mock fights like those in the show in our living room or family room until mom made us stop. We always had a blast though. I liked him in Baa, Baa Black Sheep also.
Like (1) Reply Delete

denny 1 month ago
Gabe Kaplan was a faster runner than Robert Conrad. I liked Robert but he always came across as a jerk.
Like Reply Delete

stephaniestavr5 denny 1 month ago
(Sorry Denny. This obviously is not a direct reply to you, but I couldn't think of any place else on this page, that would tie in with what I responded, to what you typed.)
For those of you who are confused/curious about what Denny is talking about: I have a feeling it's about Battle Of The Network Stars. There was at least one episode where Gabe was the captain of the ABC team, and Robert the captain of the NBC team, and they were arguing about who was the better athlete. They challenged each other to a race, during the show. It was, I believe, impromptu, but they managed to get it run between heats/meets. Check it out on You Tube, (of course if its still on there.)
Like (2) Reply Delete

denny stephaniestavr5 1 month ago
Yep, I remember watching it when it first aired. I've since seen it on YouTube years ago as well.
Like Reply Delete

stephaniestavr5 1 month ago
I like the Energizer commercials that parodied RC's tough guy image! Who remembers those? Who also remembers the spoof Johnny Carson did of them, and wound up getting pelted in the puss with pies?!?!
Like (1) Reply Delete

daDoctah stephaniestavr5 1 month ago
Carson only got one pie in the face doing the Energizer spoof. But about half the commercials he parodied in that segment ended with him sporting a Marie Callender facial treatment. And the final commercial, spoofing an actor now forgotten who timidly asked the viewer if they minded if he said a few words about... "diarrhea". *That* was the one where he got a barrage of about a dozen custard cremes.
Like (1) Reply Delete

stephaniestavr5 daDoctah 1 month ago
I had diarrhea of the brain. My memory kept running and running, feeding me the info., but just placing it in the wrong spots! You are so right about that commercial, that was a riot. As they all were. I think the commercial spoofs, "The Edge of Wetness," "Carnac" and "Tea Time Movie," ("cut off your Slausen" still gets me!) were/are my fave JC skits. With Carol Burnett my faves: "As The Stomach Turns" and her spoofs on commercials. (I know she wasn't mentioned, just thought I'd mention her, anyway.)
Like Reply Delete

AnnieM stephaniestavr5 1 month ago
I miss Johnny Carson SO much. It's great that PlutoTV has an entire channel dedicated to him.
Like Reply Delete

KMT6600 1 month ago
I miss the "WILD Wild West" with him & the other guy. It was fun with the train they rode on to the next fun stop
Like (1) Reply Delete

stephaniestavr5 KMT6600 1 month ago
"The other guy" had a name. It was Ross Martin. You must not get FETV, do you? WWW is airing there.
Like (1) Reply Delete

007 stephaniestavr5 1 month ago
also "the other guy" is deceased if you did not know that. Mr. Martin died some years ago. good actor.
Like (1) Reply Delete

BrianThetubewatcher stephaniestavr5 1 month ago
Ross Martin died of a heart attack while playing tennis with Conrad.
Like (1) Reply Delete

stephaniestavr5 BrianThetubewatcher 1 month ago
He was playing tennis and the courts on the condominium's grounds. The temperature: 100 degrees!
Like Reply Delete

denny BrianThetubewatcher 1 month ago
I didn't know that.
Like Reply Delete