Celebrate the 50th anniversary of Star Trek with its original pilot and first broadcast episode! 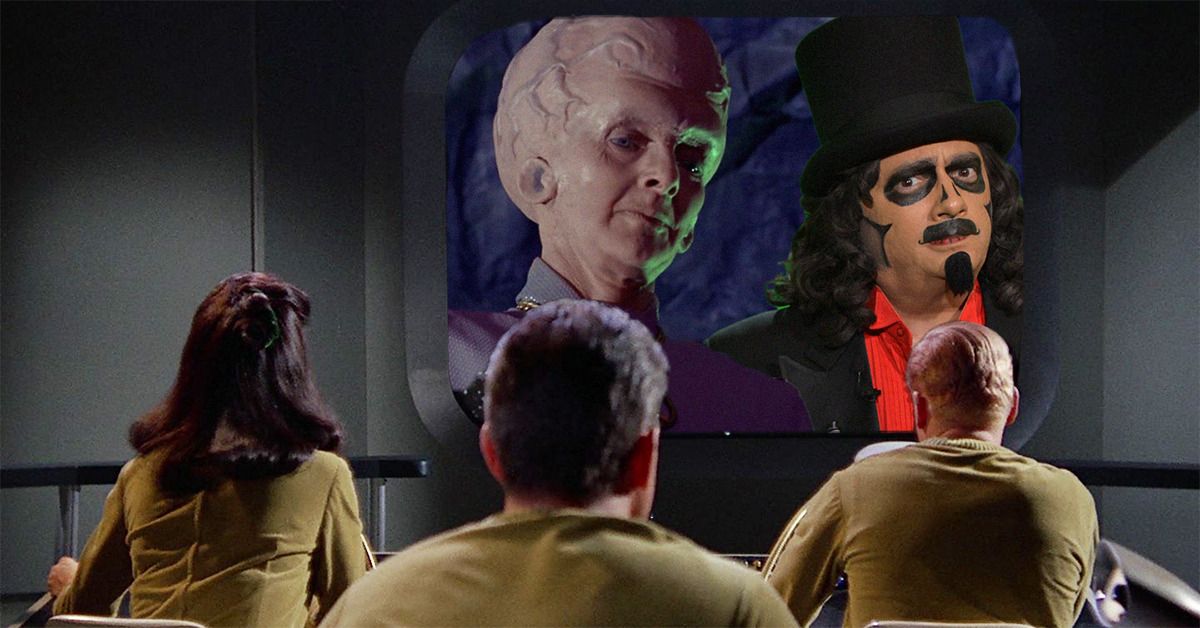 The 50th anniversary of Star Trek is almost here. Well, the official date. The original series premiered on September 8, 1966. But the world has been celebrating throughout 2016 — and that will continue through 2017 with the new series and upcoming cruise.

As we are the home of The Original Series, which airs weekly as part of Super Sci-Fi Saturday Night, MeTV is celebrating with two special broadcasts on Saturday, September 10.

First, at 9PM | 8C, we will air the first broadcast episode of Star Trek, "The Man Trap," in its regular time slot.

Stay tuned afterward at 10PM | 9C for a very special episode of Svengoolie, in which the beloved horror host will present the rarely aired original Star Trek pilot, "The Cage."

As you may know, there were two Star Trek pilots made. The original was rejected, and the series might never have made it to air without the backing of producer Lucille Ball. There are some fascinating differences between "The Cage" in 1965 and what would follow in 1966. For starters, there is no Captain Kirk. Christopher Pike (Jeffrey Hunter) is leading the Enterprise. Leonard Nimoy is there as Spock, alongside "Number One," played by Majel Barrett, the wife of Gene Roddenberry.

While much of the footage was recycled for the two-part first season episode "The Menagerie," the full pilot was not seen for two decades.

On September 10, return to the final frontier — but certainly not for the final time.

Snickers 7 months ago
Got the three seasons of Trek on DVD and have seen the cage without commercials. Can't believe how much has been edited to make way for more commercials.
Like Reply Delete

DIGGER1 7 months ago
You mean that "SVENGOOLIE" aired the very first pilot episode of "STAR TREK" back in September--"AND I MISSED IT?!!! DRATS!!!
Like Reply Delete