America’s #1 Classic Television Network
Find your local MeTV station
Where to watch
See when your favorite shows are on
See schedule
Personalize MeTV.com to follow your favorite shows
Free sign-up
Shop your favorite shows in the MeTV Store
Shop Now
Home / Stories / Ten years before Hogan's Heroes, Robert Clary made his name as a French crooner
Did you know?1950s1960smusic

Ten years before Hogan's Heroes, Robert Clary made his name as a French crooner

The comedic singing star joined the Capitol Records roster in 1950. 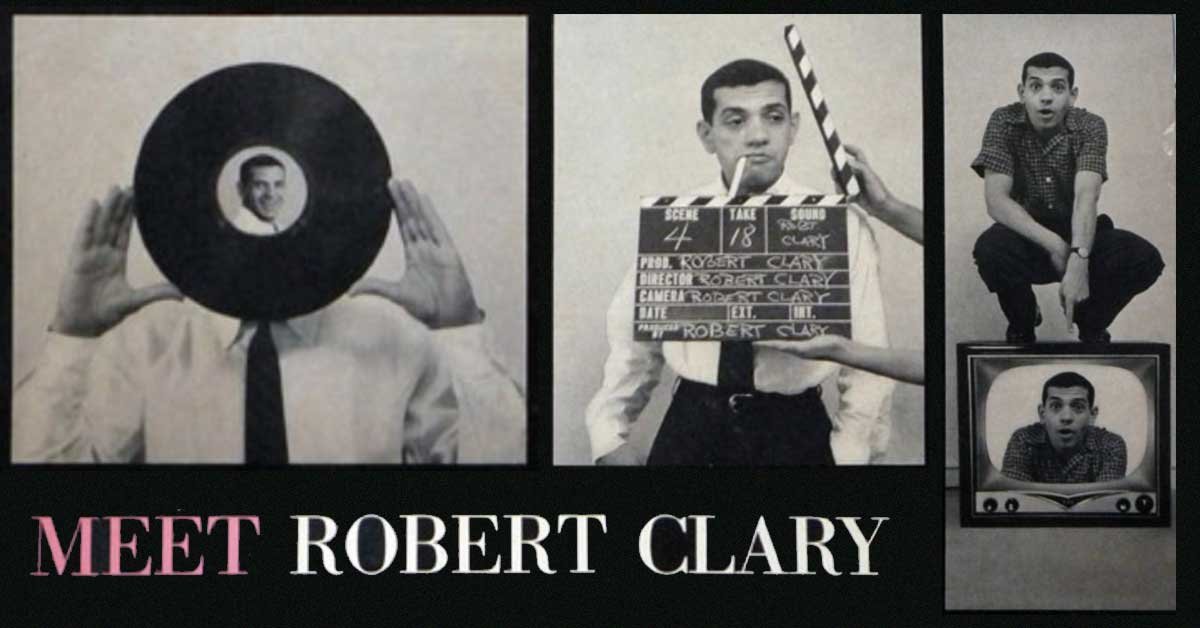 In 1950, Capitol Records typed up a press release about one of its latest signings. "The young French singing star has been creating a sensation in the east with his comic interpretations of American songs," the label wrote. "Physically he is best described as another Mickey Rooney because of his slight stature and bounding personality. Thus, Robert Clary was introduced to the music world.

His brief biography then detailed his harrowing background. Born to a large family of 12 children, Clary lost his parents and most of his siblings to Nazi concentration camps. Clary himself was imprisoned at Buchenwald. When the war ended, the young man returned to Paris, "homeless and hungry." 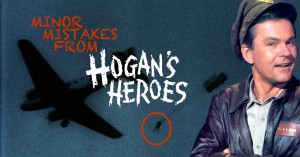 Did you know?
12 minor goofs you never noticed on 'Hogan's Heroes'

A few short years later, Clary was cutting records with an orchestra. The songs he recorded were brought to America on a "wire spool" and immediately snatched up by Capitol Records.

The recording giant began releasing a series of singles by the Frenchman, including "Cecila," "Alouette," "C'est Si Bon," and "Put on an Old Pair of Shoes." In 1955, Clary released his debut LP, Meet Robert Clary, which featured a mixture of jazzy tunes in English and en français.

Clary showed off his scat skills on "Le Feutre Taupe" as his personality oozed out of the grooves. A lighthearted, continental tone runs throughout the platter. There's even a tune from The Wizard of Oz. His singing and comedy skills landed him on American television. As far back as 1950, Clary was appearing on variety shows such as The Ed Wynn Show and The Colgate Comedy Hour. He landed gigs on Broadway concurrently, popping up in New Faces of 1952.

Of course, in 1965, Clary nabbed the role of Corporal Louis LeBeau on Hogan's Heroes, joining a cast filled with other Holocaust survivors. In 1966, the stars of Hogan's Heroes collaborated on an album called Hogan's Heroes Sing The Best Of World War II. Clary chipped in with "Don't Sit Under The Apple Tree" and "The Last Time I Saw Paris." Today, Clary is the last surviving cast member of the sitcom.

Meet Robert Clary can be found on streaming services.

Did you know?1950s1960s
Sgt. Joe Friday never actually said ''Just the facts, ma'am'' on Dragnet
Are you sure you want to delete this comment?
Close

Jayce6470 33 months ago
When they cast Howard Caine as "Major Hochstetter" they really got a great actor ! He brought a lot to the show with his personal touches to the character. Every time he left the camp and said: "BAH !" in frustration was hilarious. My favorite "Major Hochstetter" line of all time is: " I will surround this camp with a RING of STEEL !"
Like (2) Reply Delete

stephaniestavropoulos Jayce6470 33 months ago
My favorite is {referring to Hogan:} "What is this man doing here?!?!"
Trivia Tidbit: Howard Caine is the only one {w/a recurring role,} to portray a German, that wasn't actually from Germany: {Werner Klemperer,}/Austria {John Banner & Leon Askin.} He was from the US, {Tennessee, I think.}
Like (1) Reply Delete

JosephScarbrough stephaniestavropoulos 33 months ago
Yes, Howard Caine was indeed from my home state of Tennessee; specifically Nashville. As it turns out, in addition to being an actor, he was also a folk and blue grass musician - there's actually a video on YouTube of one of his banjo-pickin' tunes.
Like (1) Reply Delete

Lantern 33 months ago
He was married to one of Eddie Cantor's daughters.
Like (1) Reply Delete

JudithReboy 33 months ago
Last surviving actor except for Kenneth Washington, who joined late in the run.
Like (1) Reply Delete

Jayce6470 JudithReboy 33 months ago
The writer of the article probably forgot Ken Washington because he's easy to forget. His acting ( in my opinion ) wasn't so good - along the lines of Scott Baio. He was just a "fill in". Ivan Dixon should never have left the series. When an episode of Hogan's Heroes comes on and Washington is in it - it's easy to change the channel. Same as when an episode has "Colonel Crittenden" or General Burkhalter's sister, "Madame Linkmeyer" in it.
Like Reply Delete

JosephScarbrough Jayce6470 33 months ago
I both agree and disagree with your statement. On the one hand, of the two, Ivan Dixon was certainly a far better actor, head and shoulders over Kenneth Washington . . . in fact, from what little information there is about him, I understand a few years after HOGAN'S HEROES ended, Washington retired from acting and went into teaching instead.

On the other hand, Dixon was more of a serious actor, and according to his co-stars, felt out of place on the set of a comedy show; Robert Clary ofter described him as looking bewildered and bemused during breaks in filming, meanwhile Richard Dawson and Larry Hovis have mentioned he also felt insecure about his presence on the show. Washington, meanwhile, you can at least tell he enjoyed being on the show; his acting may not have been as nuanced and skilled as Dixon, but you can at least tell Washington had charisma and enthusiam for the work, as opposed to Dixon feeling like a fish out of water.
Like Reply Delete

cperrynaples 33 months ago
Clary's musical talents are well known to soap fans! He has performed on Days of Our Lives, Y&R and B&B!
Like (2) Reply Delete

Rickey cperrynaples 33 months ago
I knew he was on one of those Soap, but didn't know he was on three.
Like (1) Reply Delete

EricFuller cperrynaples 33 months ago
Also was part of "New Faces of 1952 which featured as part of the cast Eartha Kitt.
Like Reply Delete