Perhaps the moment should be called "dancing with a gorilla" or "the Southern Sweathog." 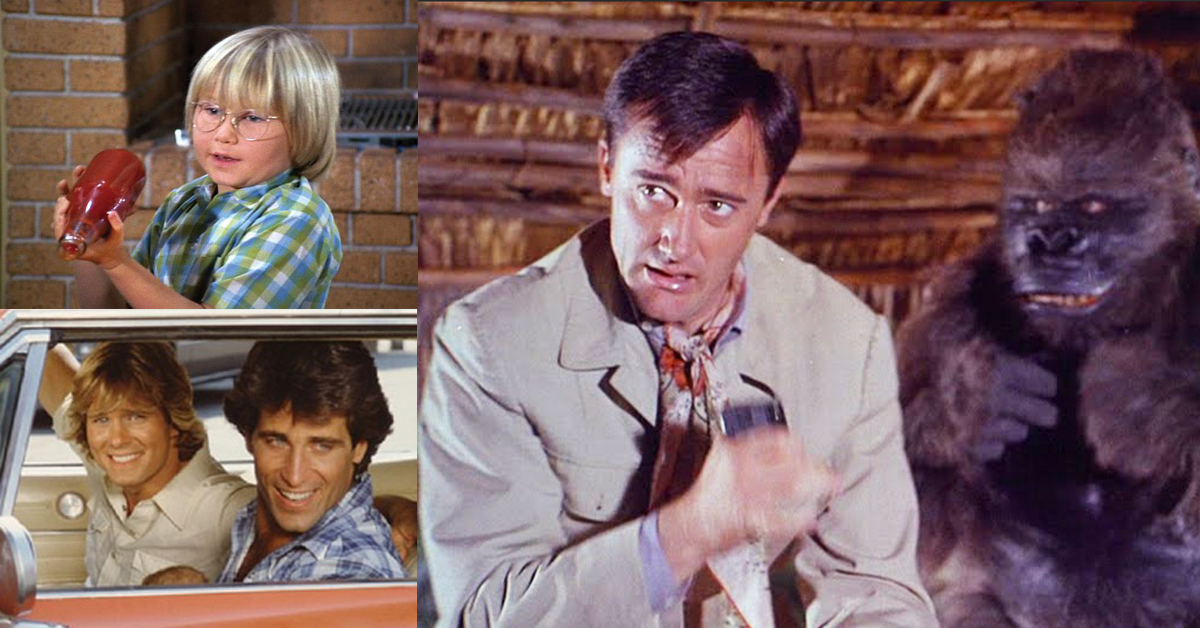 On September 20, 1977, the Fonz soared through the air on water skies. Right over a real, live shark.

This moment, the climax of Happy Days' three-part season five opener, "Hollywood," became a landmark in pop culture. Thanks to some bored college students, the term "jump the shark" came to define the moment when a beloved television show takes a drastic turn in quality. It could be a shift in tone, the departure of a core cast member, a romantic development, or the introduction of some cute kid.

Even the best of the best can sometimes struggle to come up with ideas. There's no shame. It happens to everyone. Hey, you trying writing scripts for 20 seasons of a Western. Honestly, we love a lot of these shows beyond these points. These series didn't necessarily get worse after these moments — just different.

To toast the 40th anniversary of Fonzie's feat, we tried to pinpoint the jump the shark moments in 40 highly rated TV shows, from the golden era up to 1990. Some of these are fan consensus, others are just our opinion. What do you think?

My Three Sons The Douglas clan moves to California in "Moving Day."

Lassie Lassie is saved from a shark by a dolphin in "Lassie the Voyager" Part 2.

The Beverly Hillbillies The Clampetts head to New York City where Jed is conned into "buying Central Park," where he eventually builds a cabin in "Manhattan Hillbillies."

The Man from U.N.C.L.E. Napoleon dances the Watusi with a gorilla in “The My Friend The Gorilla Affair.”

I Dream of Jeannie Tony marries Jeannie in "The Wedding," despite establishing three seasons earlier (in "The Birds and Bees Bit") that a genie loses her powers after marriage.

The Brady Bunch Cousin Oliver arrives in "Welcome Aboard."

All in the Family A Puerto Rican hospital worker named Teresa Betancourt moves in with the Bunkers after Archie has a heart attack in "Teresa Moves In."

The Waltons Cousin Rose arrives in "The Kinfolk."

Kojak The typically serious cop show attempts Keystone Cops comedy and Star Wars puns in "May the Horse Be with You."

Happy Days Surprisingly, it is not the "Jump the Shark" episode. Here are some better candidates from later seasons. 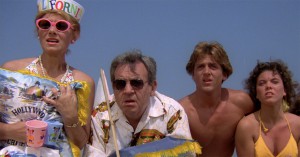 Summer of Me
In defense of Fonzie jumping the shark, which is not the jump the shark moment of 'Happy Days'

The Bionic Woman The show switches networks — ending its crossovers with The Six Million Dollar Man — and instead introduces Maximillion, the bionic German Shepard, in "The Bionic Dog."

Welcome Back, Kotter "Southern Sweathog" Beau De LaBarre joins the crew as Kotter becomes Vice Principal and Vinnie gets his own apartment in "Don't Come Up and See Me Sometime."

Little House on the Prairie Lonely Carrie Ingalls dreams up an imaginary twin, Alyssa, and enters a fantasy land filled with giant strawberries and even bigger spiders in "The Godsister."

The Dukes of Hazzard Coy and Vance Duke become the new Dukes in "The New Dukes."

Dallas Bobby returns from the dead and the entire ninth season is revealed to have been an extended dream in "Blast from the Past."

Diff'rent Strokes Sam is introduced in "Hooray for Hollywood."

The A-Team Frankie Santana joins the team in "Dishpan Man."

Who's the Boss? Billy joins the family in "The Kid."

Family Ties Andy Keaton becomes a major cast member and addition to the family in "Be True to Your Preschool."

The Golden Girls In "Dancing in the Dark," Rose gets a boyfriend, Miles,who eventually joins the Witness Protection Program.

Roseanne Sarah Chalke joins the cast as the "second Becky."

Quiz: Which Happy Days character are you? 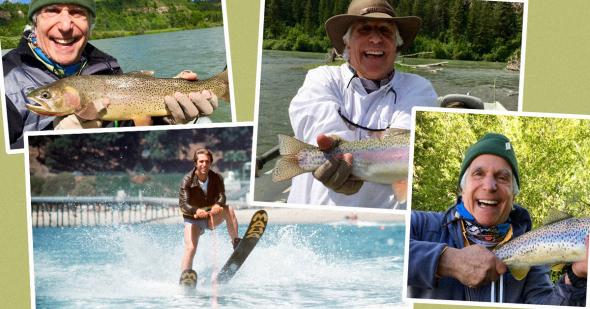 news
Henry Winkler is having the best holiday week 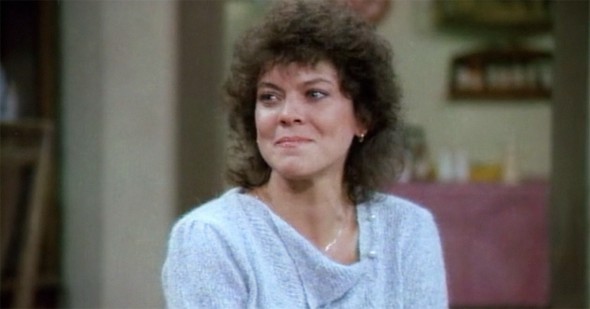 news
Former 'Happy Days' costars pay tribute to Erin Moran
Are you sure you want to delete this comment?
Close

mrsman 4 months ago
Read through the list. Something very common about many of these classic shows is that the "Hollywood" episode tends to be the turning point. Most TV shows are filmed in L.A. of course, but are set elsewhere to more appeal to "Anytown USA." After a number of years, the writers get bored and try to think of something new. The family on TV will take a vacation to Hollywood, which is quite easy because the show is filmed there, and the writers can rely on their local expertise, and even bring in a big guest star. Then afterwards they run out of ideas.

So many classic shows have fallen for this trap and the popular consensus shows that the moving or vacation to Hollywood just changes the dynamic dramatically.

Of course, Fonz jumps the shark in California.
Like Reply Delete

RedSamRackham 21 months ago
* Lassie jumped the shark (JTS) with the Corey the Forest Ranger episodes * Beverly hillbillies JTS with the Shorty Kellums episodes * Brady Bunch kids already outgrew their cuteness & were getting clobbered in ratings by Sanford & Son before cousin Oliver moved in; Robbie Rist did no harm to an already failing show! * Coy & Vance Duke pretty much interchangeable with Bo & Luke who did eventually return & the show didn't suffer at all * ☺
Like Reply Delete

ncadams27 25 months ago
A show in B&W jumped the shark when it moved to color.
Like Reply Delete

wanderer2575 25 months ago
"I Love Lucy" jumped when the Ricardos and the Mertzes moved to Hollywood and the show became little more than Lucy fawning over the guest star of the week (appearing as him/herself).

"The Twilight Zone" jumped after Rod Serling and producer Buck Houghton left after the third season. Serling still hosted and wrote most of the episodes for the last two seasons, but his attention wasn't fully on it and he was no longer involved in production. It also went through a few more producers; the last one (William Froug for the last half of the last season) had no clue of Serling's original vision or what made a good TZ episode.
Like Reply Delete

bobby1979 wanderer2575 19 months ago
The Ricardos and the Mertzes never moved to Hollywood.
Like Reply Delete

PeteGowdy 32 months ago
FRIENDS - Joey & Rachel or just all of season 8.
Seinfeld - The final Episode where they all go to jail.
How I Met Your Mother - The entire final season and the final episode. Wow.
Like Reply Delete

Amalthea 41 months ago
"Laverne & Shirley" jumped the shark when they moved to California. The show was unwatchable at that point. Shirley leaving was more a symptom than a disease. "Little House on the Prairie" jumped when Mary and Adam wed, had a child, opened their own school, then lost everything in a fire caused by Mary's adopted brother. (Sorry, but I am a HUGE Laura Ingalls Wilder fan, and this episode made me so freakin' mad! There's "dramatic license" and then there's this travesty.)
Like Reply Delete

pellinigroup 41 months ago
MASH jumped the shark when the writers decided to fill the scripts with puns and yelling.

Wyatt 41 months ago
I agree that when the Douglas family moved to California the show did change, but I always liked the post-Bryant Park years of My Three Sons (plus a new son, minus an old son, daughter-in-law & father-in-law, plus a new uncle-in-law, wife, 3 grand-sons, step-daughter and 2 daughters-in-law LOL)
Like Reply Delete