Where To Watch Shop Store Contact
Home / Stories / These memorable M*A*S*H guest stars were married in real life
Did you know?

He was Hawkeye's "best" enemy and she was the original Rosie. 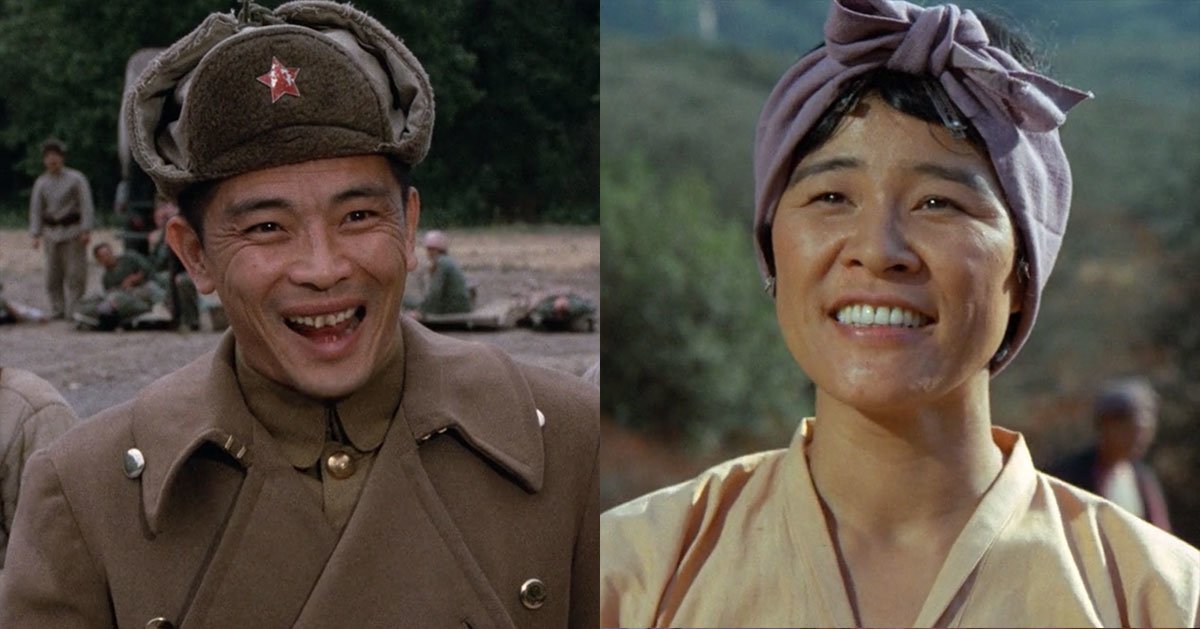 Hawkeye is driving alone when a North Korean soldier stops his vehicle. Holding Hawkeye at gunpoint, the soldier points to Hawkeye's medical supplies. It becomes apparent to Hawkeye there's a wounded soldier nearby. Switching into surgeon mode, Hawkeye tries to convince the soldier that this doctor is not his enemy.

This dramatic storyline arrives in M*A*S*H's ninth season premiere, "The Best of Enemies," and the North Korean soldier who struggles to trust the show's star doctor is played by an actor known only as Mako.

We'd seen Mako on M*A*S*H before. He first appeared as a doctor in the third season episode "Rainbow Bridge," then as a major in "Hawkeye Get Your Gun," and a lieutenant in "Guerilla My Dreams."

But it wasn't M*A*S*H that was responsible for bringing this esteemed dramatic actor to the spotlight. Eight years before he'd appear on the war drama, Mako was nominated for an Academy Award for Best Supporting Actor in 1966 for his role in the war film The Sand Pebbles.

In that movie — directed by Robert Wise (The Sound of Music) — Mako held his own acting alongside Steve McQueen. Both actors and the director received Oscar nominations for their work on the film.

For Mako, the time must've been a high point in his life, because not only was he finally getting recognition as an actor, but he also had married the love of his life a couple of years earlier. 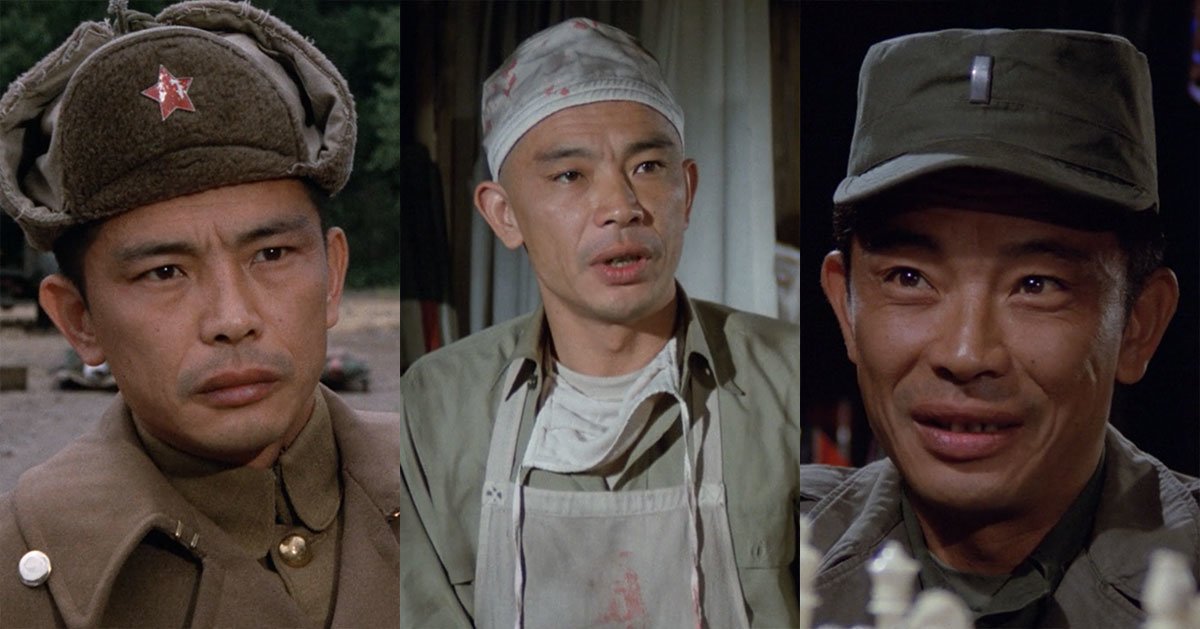 Mako in his various M*A*S*H roles

Mako married Shizuko Hoshi in 1964 in Los Angeles. His bride was brimming with stage talent, too, a choreographer, dancer, actress and director. And she was no stranger to M*A*S*H. In fact, she originated one of the most memorable recurring roles on the show.

In "Mad Dogs and Servicemen," Hoshi makes her first appearance on M*A*S*H in the same season as her husband Mako. In this episode, she plays Rosie, the bar owner who welcomes the 4077th to relax in her establishment. 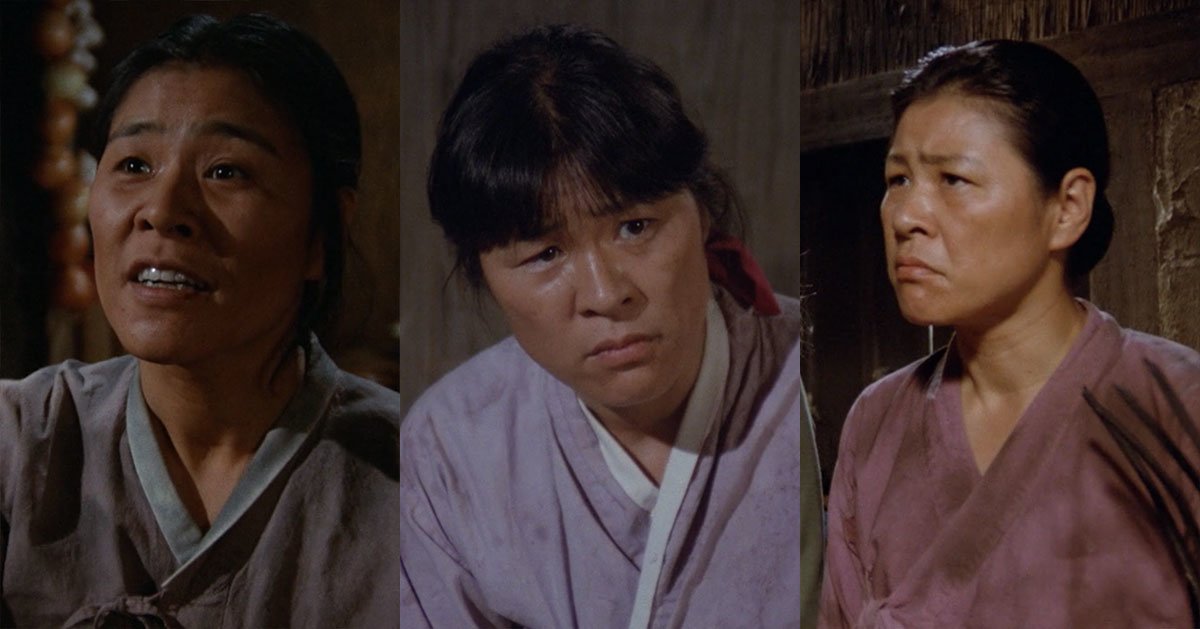 Hoshi in her non-Rosie roles

Alas, Mako and Hoshi never appeared in an episode of M*A*S*H together. They remained married through that time, raising two daughters and continued to act into the mid-2000s, notably both lending their talents to the Oscar-winning 2005 movie Memoirs of a Geisha. 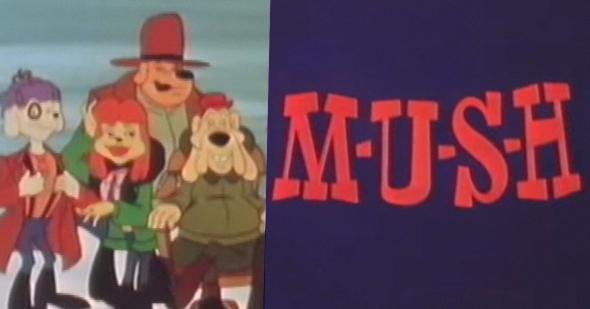 Did you know?1970s
The strange story of M-U-S-H, the M*A*S*H cartoon spoof that nearly ruined its studio

Did you know?1970s
Fact or myth: Is a M*A*S*H nurse really reading 'Jaws' in an episode?
Are you sure you want to delete this comment?
Close

JoeSHill 9 months ago
Mako, born as Makoto Iwamatsu, was truly the best of the best! born in 1933, and passed on in 2006, this Japanese American actor left a very impressive mark in the film and TV business, playing Vietnamese, Chinese, and Japanese characters, Mako was a fine actor! He gets the distinction of being among the first few bad guys who "gung fu's "Kato" into a garbage can in "The Praying Mantis Kills" episode of ABC's "THE GREEN HORNET" in 1966, the same year that Robert Wise directed him in 20th's epic saga, "THE SAND PEBBLES" (1966) with Steve McQueen and a young Candice Bergen, two decades before "MURPHY BROWN" (1988-1998). Mako also guest-starred as a marooned and disgraced Japanese soldier that time travelers "Tony Newman" and "Doug Phillips" encountered in the "Kill Two by Two" episode of "THE TIME TUNNEL" that "THE SMITH FAMILY" director, Herschel Doherty directed But one of Mako's better movies roles, was in Sam Peckinpah's "THE KILLER ELITE" (1975) that United Artists released, starring James Caan and Robert Duvall. Mako leaves some 163 acting credits to his film and TV works, and again, he was truly the best!
Like Reply Delete

JHP 25 months ago
you know Mako - I knew you knew karate - But I would stay away from your Wife's pitchfork :)
Like Reply Delete

JosephScarbrough 25 months ago
Before I started watching M*A*S*H as a teenager, the only thing I knew about Mako as a kid was his association with Genndy Tartakovsky shows: he provided the prelude to the closing theme song of DEXTER'S LABORATORY, and was also the voice the evil Aku from SAMURAI JACK.

And, personally, Shizuko Hoshi was my favorite of the Rosies: she was knowledgeable about world news and affairs, and was on friendly terms with the 4077th. Other Rosies after her were often portrayed as any other typical Korean hick who spoke really broken English and lacked any kind of personality, making her a very expendable character. Eileen Saki's Rosie was like a Korean version of the stereotypical sharp-tongued, short-tempered, cocky waitress in a small town American diner. Didn't care for that.
Like (2) Reply Delete

JHP 25 months ago
"what the Hell is that?" so damm funny


you were a treasure in tv shows...Esp Green Hornet (oops) another show not shown on Me
Like (3) Reply Delete

ma2lyssa JHP 25 months ago
That line is the first thing I thought of, too. 😄
Like (1) Reply Delete

EmBee JHP 25 months ago
I forgot that line! The one I always think of is (paraphrased) "...and here you up here ready to shoot us down!"
Like (1) Reply Delete

Hogansucks1 JHP 25 months ago
“Give it to him Frank” - “He knows better English than you do” 🤣. KILROY
Like Reply Delete

HerbF 25 months ago
Mako also was in classic GREEN HORNET episode "The Preying Mantis" which was a Martial Arts/Chinese Culture based episode with some good action by Bruce Lee.

JHP HerbF 25 months ago
yep thats the one I saw also:)
Like Reply Delete

Johnnyandnikki1959 25 months ago
GREAT SHOW TRY TO WATCH IT EVERY NIGHT !!!!
Like Reply Delete

srrainwater 25 months ago
Love trivia stories like this. I enjoy the trivia as much as the episodes
Like (3) Reply Delete