But what happened to the others? 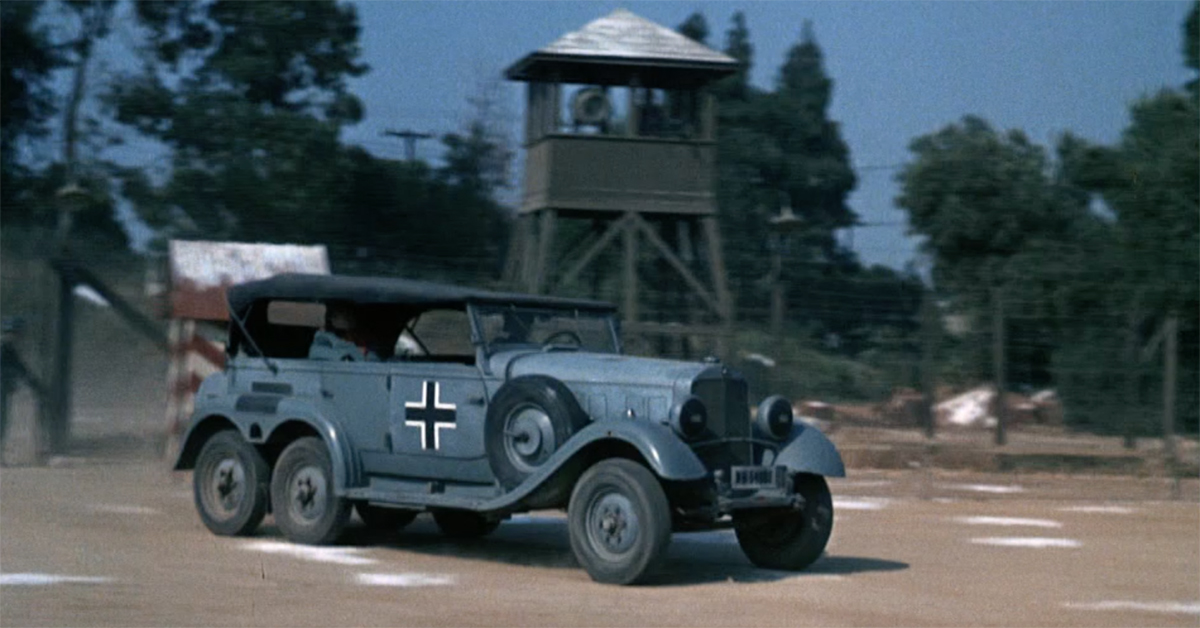 Considering it takes place in a prison camp, Hogan's Heroes is not the first television show that comes to mind when you think classic cars. No, if you want an endless parade of beautiful old roadsters, watch Perry Mason. That being said, the World War II sitcom featured one of the rarest vehicles ever seen on television.

General Burkhalter (Leon Askin), Klink's boss, would pull into Stalag 13 in his stylish Mercedes-Benz W31. The convertible touring car rolled on six wheels, with two fat spare tires strapped ahead of the front doors. The grey behemoth looks like a cross between a Ford Model A and a lunar lander.

Approximately 72 of the black and gray convertibles, a variation of the G4 model, were constructed by Mercedes-Benz between 1933 and 1939. Just four are know to exist in their original condition after the war.

One of them was used in the annexation of Czechoslovakia and Austria before being turned into a fire engine. Today, it sits in the Technik Museum Sinsheim, in Germany. Hitler gifted another one to General Franco of Spain. Mercedez-Benz restored on behalf of the Spanish royal family and gave it to the crown. It has an illuminated Virgin Mary on the dash. A third ended up in the Historic Auto Attractions museum in Roscoe, Illinois, where it sits in the World Leaders exhibit.

And, of course, one of the rare, open-top, three-axle cars ended up in Hollywood. On Hogan's Heroes. 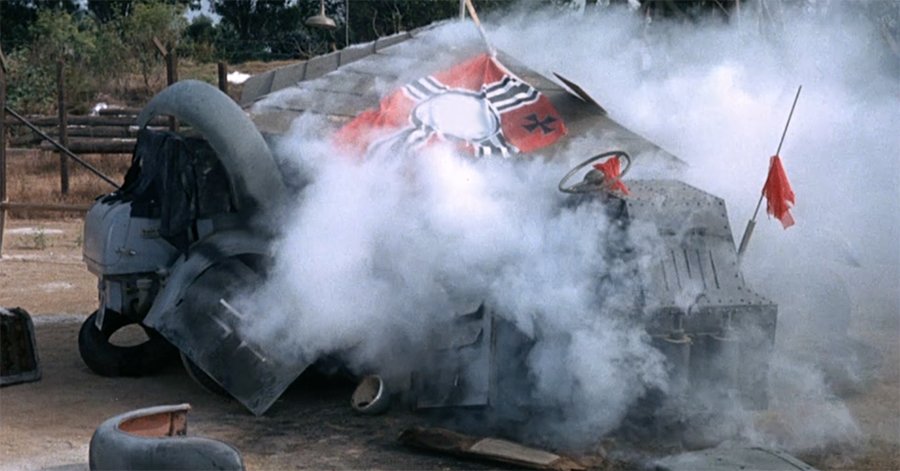 In the episode "Bombsight," the Mercedes is blown to smithereens after Hogan and his crew misdirect a newly developed bomb to fall on Burkhalter's ride. Of course, the production did not really blow up the car. That was just a smoldering heap of metal used as a prop.

The real W31 continued to be used in Hollywood productions. It even turned up in an episode of Galactica 1980, the sequel series to Battlestar Galactica.

Though the Mercedes lived on, the rest of Stalag 13 was not so lucky. The prison camp set itself was blown to bits for a trashy 1974 exploitation flick called Ilsa, She Wolf of the SS.