Where To Watch Shop Store Contact
Home / Stories / This semi-regular M*A*S*H actor sneakily played two roles in one episode
Did you know?

This recurring "corpsman" appeared in 23 episodes over 10 years! 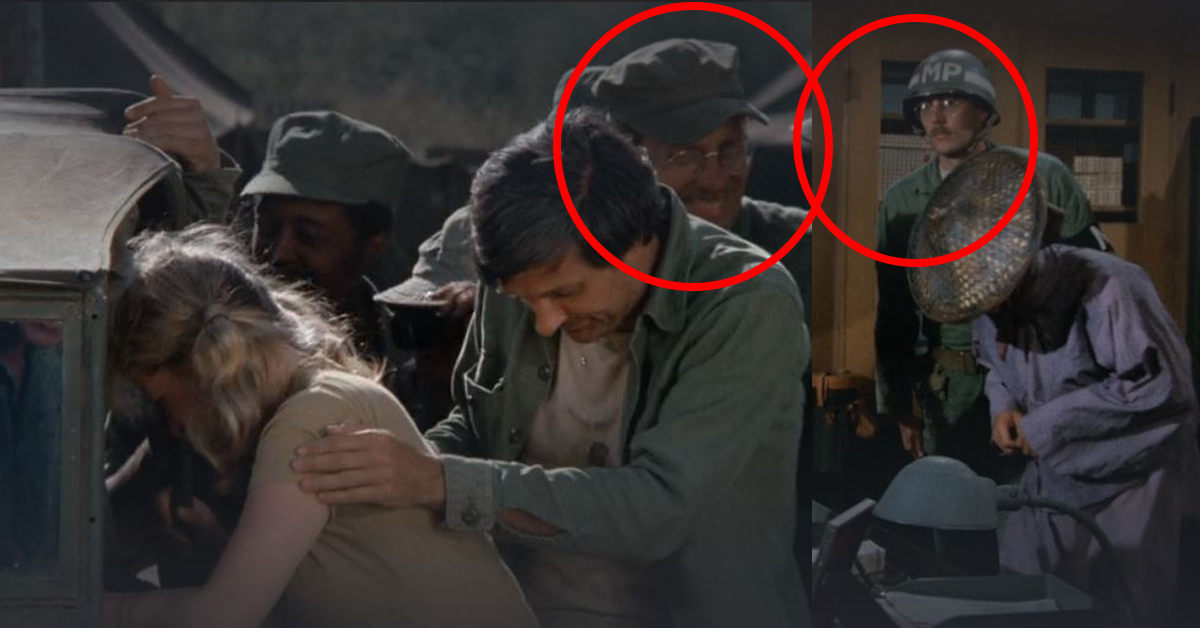 Maxwell Klinger made many attempts to escape over the M*A*S*H series run, but in the fourth season episode "Dear Peggy," he made not one, but three attempts. His first attempt found him dressed as a Korean peasant woman. He even manages to fool the military policeman who stops him from wandering the dangerous military zone not because he recognized Klinger as a soldier trying to escape, but because the M.P. is convinced by his act that he's a woman in danger.

When the M.P. brings Klinger in, his face is hidden behind a wide-brimmed straw hat, but Potter recognizes his hairy knuckles. You'd be forgiven if you were so distracted by the comedy of this scene, trying to glimpse Klinger's face under his disguise and failing to notice the actor playing the M.P.

However, careful fans have noted that the M.P. in his episode is played by Dennis Troy, who appeared in more M*A*S*H episodes than anyone not in the core cast or serving as a P.A. announcer.

Troy appeared in 23 episodes of M*A*S*H from 1973 to 1983, commonly playing a soldier, with credits like "Corpsman #1" or "2nd G.I." But if you pay careful attention in the episode "Dear Peggy," you'll note that Troy doesn't just play one minor role, but two different characters in the same episode. And once you notice, you'll also see they didn't try very hard to hide it. 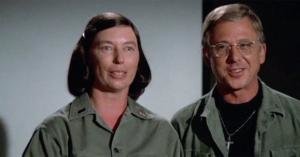 In the very next scene after the M.P. delivers Klinger dressed as a Korean woman to Potter, Burns rushes into the office to rat on Hawkeye riling up the camp by seeing how many people they can stuff inside a jeep. This "jeep-stuffing" scene is particularly cheerful, as the scene leaves Potter's tent and shows Hawkeye coaxing Margaret into the jeep.

Look just behind Margaret, and you'll notice Troy playing one of the soldiers goading Margaret on, laughing and joking in the background. Where moments before, he was a stern-faced M.P. donning a helmet, in this next moment, he's a smiling corpsman, falling back into the type of role we most often saw him fill on the show, where he's sometimes known as Phil or his real name Dennis.

As an actor, Troy only appeared a few times in his career, playing an uncredited medicine man on F Troop in 1966 and a "biker with a switchblade" in the 1971 movie The Takers.

In 1965, he also once played stuntman filling in for Adam West in the Three Stooges' western-comedy The Outlaws Is Coming. But M*A*S*H was where he featured most, clearly willing to step into any scene as needed, even one that follows right after the other.

Frpaulhall 36 months ago
I love mash I watch it everyday.
Like Reply Delete