Oklahoma critics swore by the talented actor till she got to Broadway and beyond.

July 12, 2022, 10:27AM By MeTV Staff
On Now
Watch Ronnie Claire Edwards play against herself in this episode of The Waltons
Up Next:
Share

When The Waltons fans rewatch an episode called "The Pearls," it’s a special treat for every viewer who "loves to hate" the extremely prim character of Corabeth Godsey.

Played by Ronnie Claire Edwards, Corabeth is a unique force on the Mountain, and The Waltons star Mary McDonough (Erin Walton) said Edwards was just as compelling a character in reality.

"She was larger than life and so whip-smart and funny," McDonough told The Windsor Star in 2016.

In "The Pearls," Edwards plays not just Corabeth, but an even more eccentric version of the character, taking on two roles to also portray Corabeth’s estranged sister Orma Lee.

This episode presents an opportunity for fans of The Waltons to see exactly why Edwards became a TV star in the first place — her undeniable and uncommon talent as a character actor.

When Edwards was a young girl growing up in Oklahoma, she grew up in a home where her parents were always repeating sage wisdoms.

Edwards told The Times and Democrat in 1977: "For instance, I always knew that a man’s reach should exceed his grasp and to thine own self be true and all of those." 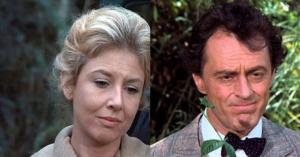 And she clearly took these phrases to heart, being true to herself and studying first ballet, then modern dance, and then earning a bachelor of fine arts before making her name in the Oklahoma theater circuit.

She was only barely in her 20s, but she seemed to have the talent of a veteran character actor, bringing "uncommon" reads to very well-known roles.

That’s the type of creativity that sent her straight to Broadway and eventually found her cast in movies and on TV.

At that point in her career, many asked if she would shorten her name to make it more memorable, but Edwards decided to stick with the name she was given.

Playing Corabeth Godsey across more than 100 episodes of The Waltons would become Edwards’ best-known role, and she always considered it a compliment when fans told her how much her character got under their skin.

In her own words, Edwards described Corabeth as "a married old maid with pretension" and when you get a chance to watch "The Pearls," you get double the fun and twice the personality from the immensely talented stage actor turned TV star. 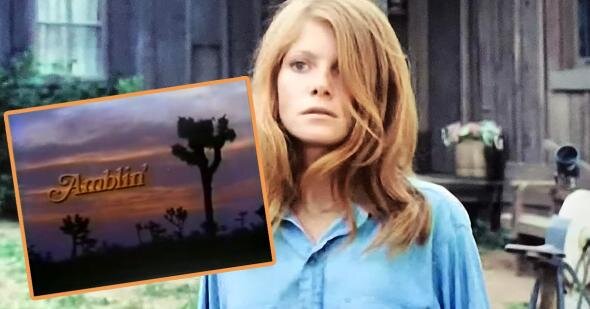 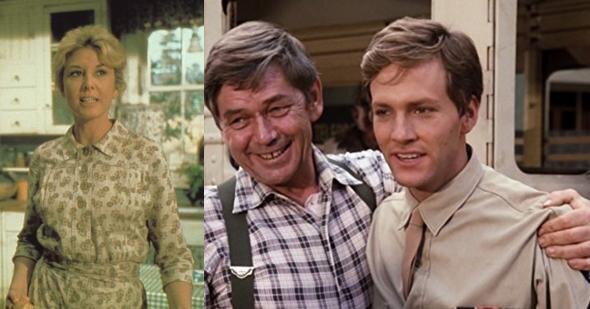 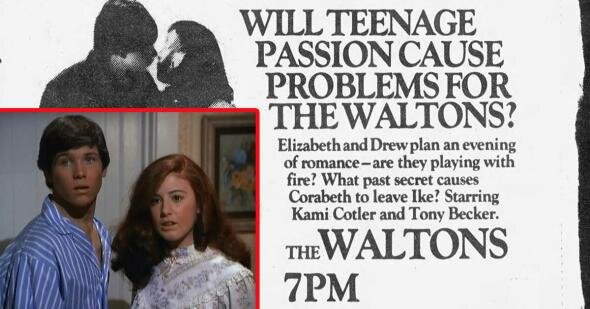 Kami Cotler didn't exactly love it when they cast Elizabeth's first boyfriend
Are you sure you want to delete this comment?
Close

Nala92129 4 months ago
What a hambone!
Like Reply Delete

Cowgirl 4 months ago
I never did like Corabeth & still can't figure out why Ike fell in love with her. They had nothing in common. The series was better before she joined the cast. It was also better before Richard Thomas left.
Like (1) Reply Delete

rrichmond 4 months ago
How do you actually watch these stations? I'm about ready too delete this app because I'm unable too watch any episodes of the Waltons which I would love too see again.
Like Reply Delete

Andybandit 4 months ago
I never liked the Corabeth character on the Waltons. Sorry about that.
Like (3) Reply Delete

Pacificsun Andybandit 4 months ago
Another one who did her job well!

The was the counterpoint to the perfect mother figure of Olivia Walton.
Like Reply Delete
LoveMETV22 Andybandit 4 months ago
There were many who didn't like her character, Like they said in the story,
" she always considered it a compliment when fans told her how much her character got under their skin."
Like (1) Reply Delete

Pacificsun 4 months ago
There is something special about actors who've focused on theater. I think it goes back to being ready and polished for every scene. There are no do overs, so you must impress on the very first connection. The best ones have a way of electrifying their audiences, because actors live on that exchange of energy.

Glad to see that RCE brought all of her talent to TV for hundreds more fans to appreciate. TY RCE!
Like (3) Reply Delete

Michael 4 months ago
She went on to do"Sara" in 1985, with Geena Davis and a bunch of other actors whodid better later.
Like (1) Reply Delete

Or drag a file here to upload
LoveMETV22 4 months ago
"Ronnie Claire Edwards" was a Walton's series and related Walton's movies treasure. Her straight laced, prim and proper( most of the time) character of Corabeth Godsey added variety to the storyline.
Like (2) Reply Delete

MrsPhilHarris LoveMETV22 4 months ago
I kind of liked her character.
Like (1) Reply Delete