Where To Watch Shop Store Contact
Home / Stories / You can visit the creek where Pugsley Addams got his name
Did you know?

You can visit the creek where Pugsley Addams got his name

Fans of The Addams Family, put Pugsley Creek Park on the map! 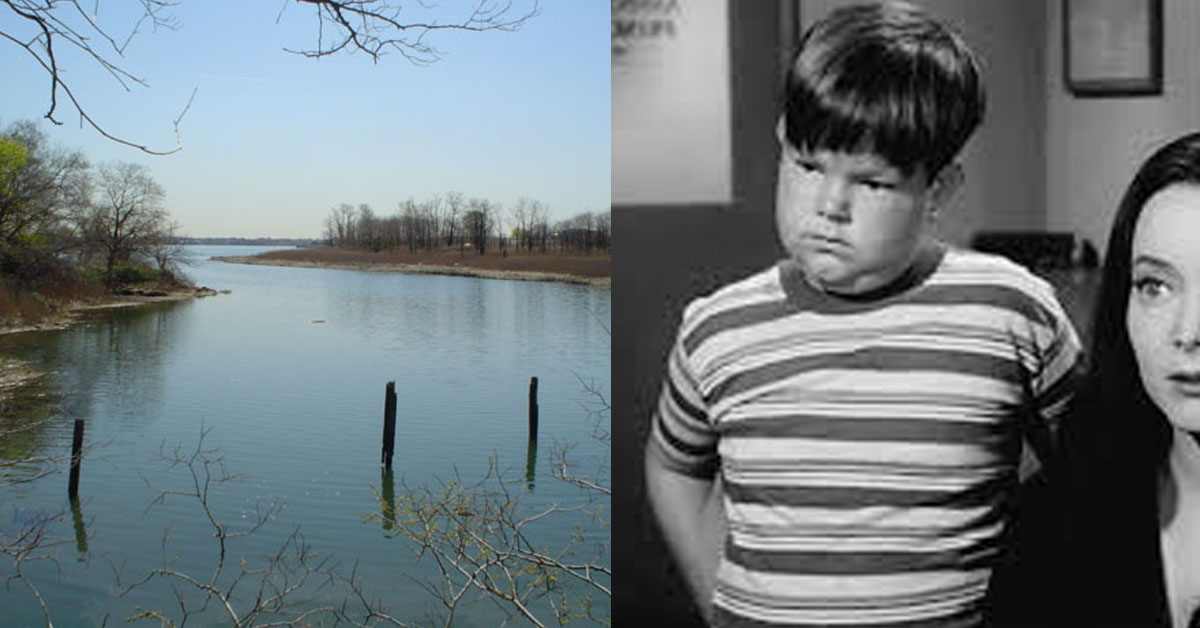 When The Addams Family creator Charles Addams was finally coming up with names for the TV versions of his illustrated comic characters (they went unnamed in the print version), he didn't have a specific method.

To him, "Gomez" just sounded right, while "Morticia" was found in the phone book, when it occurred to him to drop the "ns" off "morticians."

But for Pugsley, Charles Addams eschewed flipping through the Yellow Pages, and instead found inspiration surveying an old map.

Today, Pugsley Creek Park still exists with the same name in the Bronx. 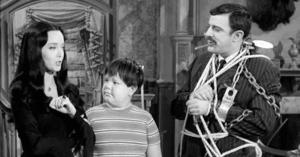 According to NYCGovParks, Pugsley Creek Park officially took on its name in 1987, after which a constant flow of improvements and clean-ups were held to keep the park as a spot worth visiting.

Pugsley Creek flows into the Bronx from the East River, and only extends into land as far as the park stretches.

That means if you visit today, you can walk 83 acres of nature while strolling along the entirety of the creek that inspired Charles Addams to give Pugsley his name.

On The Addams Family, Ken Weatherwax's portrayal of Pugsley alongside Lisa Loring as his sister Wednesday became so memorable that fans inquired for decades about what happened to the child stars.

While Loring eventually acted again, Weatherwax quit acting after the show ended. In 1966, the episode "Lurch's Little Helper" — which memorably featured Robby the Robot as "Smiley" — became the last time the TV siblings appeared side-by-side on the show.

Because Weatherwax was so under the radar, rumors abounded regarding his whereabouts. One rumor was even pushed by The Munsters star Butch Patrick in an interview with The Austin American-Statesman in 1987.

"I heard the actor who played Pugsley is now a big biker covered with tattoos," Patrick said. "I'd better stop making fun of him, or one day he'll give me some serious Pugsley noogies."

Eventually, documentarians of The Addams Family history tracked down Weatherwax and discovered he had become a camera grip, enjoying work behind the scenes of film productions.

Charles Addams always thought it was amusing how much children loved watching The Addams Family, claiming the campy sitcom and its deadpan siblings almost turned him into a TV fan, too.

"I think that our family is less scary than the others — they are sort of cozy monsters," Addams said. "Anyway, children seem to love them and laugh at them."

Behind the scenes, Weatherwax and Loring didn't always understand what made the show so funny, and Loring told The Belleville News-Democrat that instead of horsing around backstage, she and Weatherwax often fought as actual brothers and sisters would.

Weatherwax, who rarely gave interviews, told The Baltimore Sun in 2006 that it was probably better that they had this backstage aggression and not much understanding of the show’s more adult humor.

"At the time, being a kid, we didn't understand a lot of the jokes," Weatherwax said. "We would just do our dialogue and play it straight — that's the way they wanted it done. Now we understand why a lot of that worked." 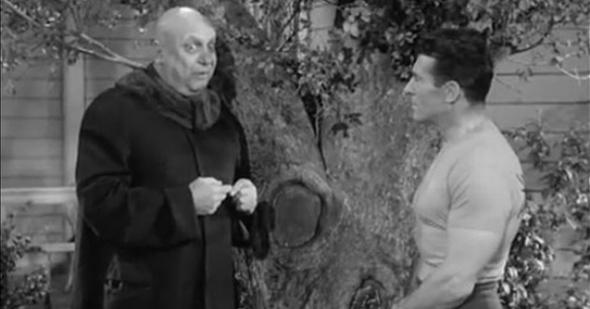 This unusual Addams Family guest star was a real-life Pugsley 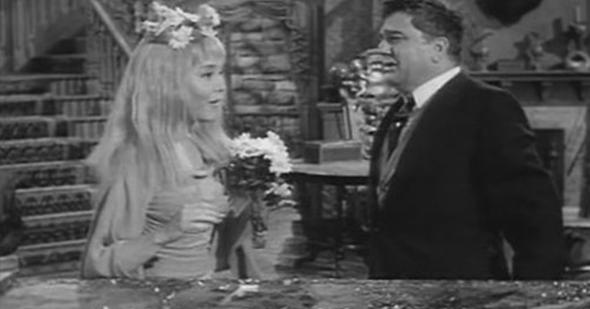 Ophelia Frump was the queen of the lovelorn in the Sixties 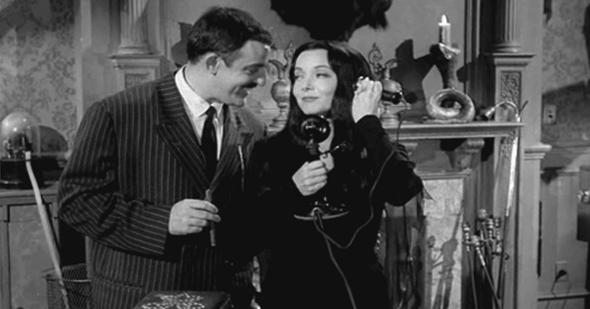 The true story of how Gomez and Morticia Addams got together
Are you sure you want to delete this comment?
Close

Panas 5 months ago
How about nightly episode of chips love that great show!
Like Reply Delete

denny 5 months ago
Ken died in 2014, his cremated remains were entombed Halloween 2017 by Dearly Departed Tours and Museum via fundraising and donations. The 2nd guy at the service tells a good story as he was staying at Paul Henning's (creator of The Beverly Hillbillies) house doing research for his Addams Family book, and Ken lived across the street with his mother. 3rd guy is Ken' nephew and is very heartfelt.

denny 5 months ago
Found this on Wednesday Addams, Lisa Loring

Like many actors, Lisa joined the world of showbiz very early. At the age of 3, Lisa had a career in modeling. Soon after, she started acting in movies as a child artist.

In 1964, she had a breakthrough in her career when she landed the role of Wednesday Addams in the movie, "The Addams Family." Before then, in 1960, her parents divorced, and so she moved in with her mother. She was only 2-years-old.

The show lasted from 1964 to 1966. After it ended, Lisa was a teenager, and in 1973, at the age of 16, she got married to her childhood sweetheart, Farrell Foumberg. The next year, in 1974, she had become a mother of two. In the same year, she divorced her husband.
It was a difficult time for her, but unfortunately, her mother was of no help because she was dealing with her own problems. Her mother was an alcoholic. She developed complications and passed away in the same 1974. Lisa was only 16 years old.

Loring cleaned up and got herself a job at an interior design firm in Santa Monica. Later on, the actress who had sworn never to act again after "The Addams Family" TV show changed her mind and tried to find her place in showbiz.

"I'm trying, but I'm afraid of the rejection," she says, adding that she does have standards. "I will not do any schlock. But I'd love to do a Quentin Tarantino film." She told People.

For the fourth time in 2003, Lisa tied the knot. She married Graham Rich. The couple split in 2008 but didn't finalize their divorce as of 2014.

Pacificsun denny 5 months ago
I don't think children should be allowed into acting unless they have (if necessary, a court ordered) guaranteed guardian for 10 years of the child's career. And a trust fund set aside (except for living and medical expenses) until they are 30 yrs. That ought to do away with the temptation for drugs and false friends. And only permit those who are truly dedicated to their craft.
Like (1) Reply Delete

ncadams27 5 months ago
I wonder what day of the week it was when he chose the name for the daughter.
Like (2) Reply Delete

JohnAustin779 5 months ago
Good story! When I was a kid, I didn't like the Addams Family TV show myself. I loved the movie with Raul Julia and Anjelica Huston. I played an Addams Family video game for Nintendo called Fester's Quest back in the late-'80s.

But I didn't like it. It was a very tough game to play! But when I played that video game in '88 or '89, I had never seen the show. My first experience with the show was in the early-'90s and I didn't like it because Cousin Itt was only in a few episodes and he was my favorite out of all of them.

I thought he was a main character but then, when I watched the show, I found out he was just a co-star and it disappointed me. Fast forward years later and I started to really watch the show on This TV channel, Antenna TV, and MeTV and, now that I'm an adult, I started picking up on the jokes, the humor, the entendres, double entendres and now I absolutely love the show just as much as the movies ❤️! But Ken Weatherwax was right, God bless him 🙏, when you're a kid the jokes in the Addams Family just go right over your head or at least it did from my personal experience anyways 🖖😊.
Like Reply Delete

Pacificsun JohnAustin779 5 months ago
What an interesting perspective, remembering back to your childhood impression versus your adult response.

As kids (in the range of 12 or so) I loved the atmosphere. Not spooky but intriguing, always being fascinated by set design and costuming. I thought Morticia was exotic (although I didn't know that word at the time). But lovely and graceful and feminine next to Gomez. I liked their affectionate relationship! And Thing and Itt and Lurch just added to the fun! It wasn't the jokes, which were actually little bits of irony, but the family household effect. Oddball folks who could still be identifiable. Everybody had a unique role and played off of each other nicely. Maybe I was wishing for a notable family too!
Like (1) Reply Delete

harlow1313 5 months ago
When I was a boy in the sixties, we had a wonderful pug, which I was permitted to name. Having no originality, naturally, I chose Pugsley. He was a very comical and good natured dog.
Like (2) Reply Delete

Pacificsun harlow1313 5 months ago
I was going to say (laughingly) oh no, you didn't. Name him Pugsley.

RobertM 5 months ago
There's also a Pugsley Avenue in the Bronx.
Like (2) Reply Delete