For a show with its own vitamins, the cartoon sure had a silly portrayal of medical experts. 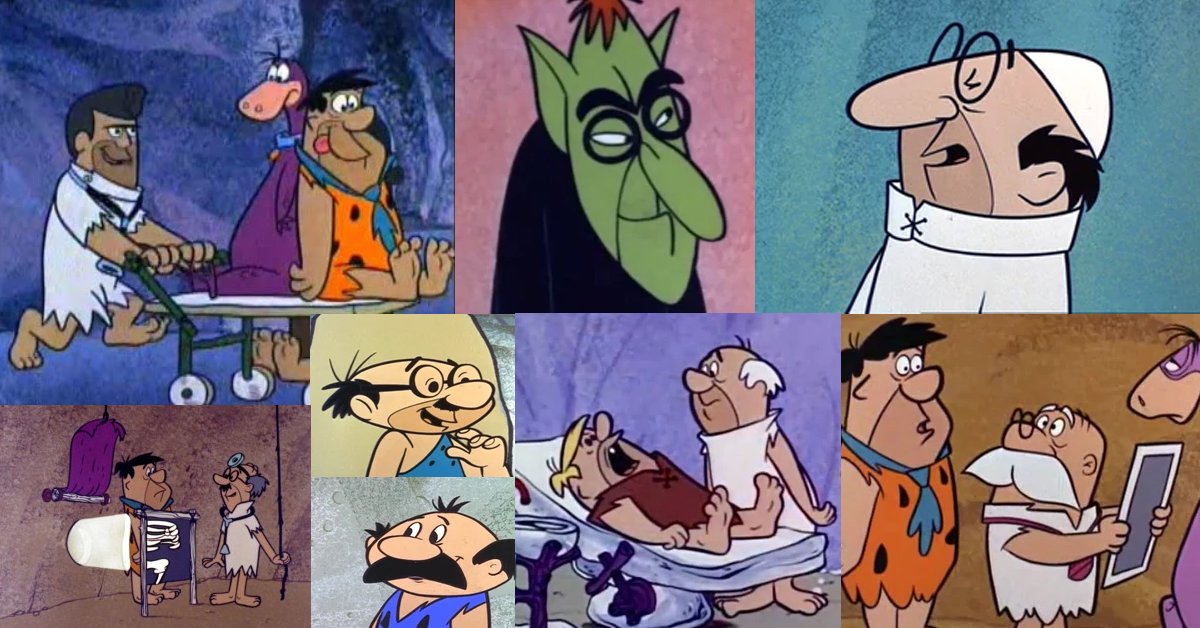 As soon as he gets the bottle open, Fred tips his head back, opens his mouth, and pops in a small white pill to relieve his suffering.

And then instantly Fred Flintstone turns into an ape.

In "Fred Goes Ape," The Flintstones didn't need the Great Gazoo to inject a little magic into Fred's prehistoric world.

Instead, an experimental medicine prescribed by Dr. Goosepimple reverts the caveman temporarily into ape form, resulting in an episode where we watched Fred flash back and forth between his normal self and an ape dressed up in his orange attire.

All this, just because Fred wanted to cope with his allergies!

For all the zany situations Fred and Barney got their families into, The Flintstones at its heart was about how hard it can be for any family — especially in the Stone Age — to try to get ahead in life when dealing with even the simplest setbacks.

Peppered throughout the series are moments where the family deals with the type of everyday issues that helped audiences of all ages connect to the popular primetime cartoon, including the most relatable of circumstances: having to go to the doctor.

In fact, we'd wager that every Flintstone fan around has at least a loose association with the cartoon family and healthy living. The show became linked to happy, healthy homes everywhere when kids started popping Flintstone vitamins.

Some say the sweet fruity vitamins were most popular with teens who ate them like candy. They were originally advertised on TV by Fred Flintstone singing, "Yabba-dabba-doo! Flintstone Vitamins are good to chew!" As recently as 2010, a vice president for the vitamin manufacturer Bayer confirmed the Flintstones brand was still by far their top-selling vitamin.

To keep the Flintstone and Rubble families healthy and strong, Dr. Goosepimple was one of many doctors that The Flintstones series called upon – very few of which were actually qualified to help anybody heal wounds or soothe sickness. Medicine just hadn’t advanced very far yet! See how many Flintstone doctors you can remember.

1. The quack who ordered Fred to stay in bed for a bump on his head in “At the Races

Fred wants to bet his wages at the dinosaur racetrack, so he has Barney club him in the head and tells Wilma he got mugged. She insists a doctor makes a house call, and the questionably unqualified doctor is guilty of overkill in his diagnosis when he orders Fred to stay in bed. This threatens to prevent Fred from returning to the racetrack when his big bet actually pays off

2. This doctor who failed to help Fred in a legit emergency in "The Split Personality"

This episode is a legit emergency. Fred gets mad when Barney drinks the last bottle of his favorite Cactus Coola and gets back at his neighbor by draining the bottle of Cactus Coola he finds in Barney’s car. Only it's not cola in that bottle, but car polish. Freaked out, Fred tosses the bottle up and it plunks down on his head, knocking the caveman out cold. Frantic, Wilma calls a doctor, yet another quack who arrives and cannot help revive Fred. It turns out he's a veterinarian and is only qualified to work on animals.

When Fred finally awakens to the talk of a juicy hamburger, his personality has drastically changed, turning the bullish Fred into a total gentleman. In the end, though, the family wants the old Fred back and the cure is so simple, even a vet could’ve thought of it: Another bonk on Fred's head and he was back to his old lovable grumpy form.

3. The army medical examiner who approves Fred and Barney as recruits in "The Astra' Nuts"

Whoops! Fred and Barney accidentally signed up for the army, requiring a doctor to examine the boys.

4. The vet who mislabeled Dino's X-ray, leading Fred to be misdiagnosed in "The X-Ray Story"

Dr. Sandstone spoke with a German accent when he told Fred that Dino needed a few days rest after the vet visit. Dino's X-rays showed a condition that was relatively harmless for dinosaurs, but for humans, it can be quite deadly. So when the hapless vet first mislabels the X-ray with Fred's name instead of Dino's, and then accidentally sends the X-ray flying out the window, it sails into a police officer’s hands and begins to make mayhem.

The cop consults a forensic examiner at work who upon seeing the X-ray gets very concerned for Fred. The end result is an entire hilarious episode where Fred’s friends and family try to keep him awake for days due to what they perceive as his very serious condition. But don't worry, everything eventually gets straightened out, and Fred promptly gets some shut eye.

5. Two doctors in one in "Operation Barney"

Fred and Barney want to call out of work sick, so Fred comes up with a plan to get Barney a good doctor's note that turns out to be a little too good. It sounds so serious, it sends Barney to the hospital. Bonus hospital scene: Fred argues with a desk nurse in the waiting room.

6. A bad temper sends Fred to this punny doctor in "The Little Stranger"

You have to figure it would take a lot of grumping from Fred for Wilma to consider his attitude so bad he should probably go see a doctor. Her theory was that he was acting out to hide physical pain. What a caring wife, right?

When Fred goes to see the doctor, though, the doctor's got more puns than solutions to what pains Fred, and Fred unsurprisingly leaves the office stuck in his funk. Later, his attitude improves when he wrongly believes Wilma is pregnant, but when he finds out who "the little stranger" really is, the episode ends with Fred legitimately in need of some medical attention after he faints

7. The veterinarian Fred hires to extract Barney's tooth in "Nuttin' But the Tooth"

Cheapskate Fred this time arranges for a vet to look at Barney's aching tooth instead of finding his buddy a real dentist. This is one of several occasions where The Andy Griffith Show actor Howard Morris voiced a doctor on The Flintstones.

8. The doctor who fails to make Barney re-appear in "Barney the Invisible"

Barney has a bad case of the hiccups, so Fred serves him a cup of the soft drink he's been cooking up in his free time. Barney drinks it, immediately turns invisible, and nothing on earth seems to change him back.

Listen closely to Dr. Quartz when Fred takes Barney in to be "seen" by the doctor. The doc may not be able to help Barney much without being able to see what the problem is, but you’ll likely recognize he's voiced by another actor from The Andy Griffith Show, Howard McNear!

9. The optician who accidentally sends Fred home with the wrong glasses in "Fred's Monkeyshines"

A clumsy mistake leads Fred to grab the wrong eyeglasses, which belong to his optician Dr. Boulder Dome, instead of the ones with the lenses that the doctor has prescribed for Fred. Comedy ensues when Fred then mistakes a monkey wrapped in a blanket for his own baby daughter.

10. A bowling injury sends Fred to Dr. Frankenstone and company in "Monster Fred"

It's Barney this time who brings Fred to the doctor after a bowling ball crashes into Fred's noggin. "Monster Fred" has perhaps more doctors than any other Flintstones episode, with Dr. Len Frankenstone, Dr. Sigrock Freep, Dr. Zero, and Dr. Dracuslab making their only appearances, and even more doctors mentioned, including Dr. Boulderheimer, Dr. Kilarock, Dr. Sigmund Fraudstone, and Dr. Jekyllrock. This episode contains many personality swaps (Fred swaps with Dino, Wilma, and Barney; Barney swaps with Betty). Medically speaking, it, unfortunately, has a reverse ending to "The Split Personality," where this time Fred doesn't get magically healed, but re-injured at the end, resulting in a cliffhanger, instead of a cure. 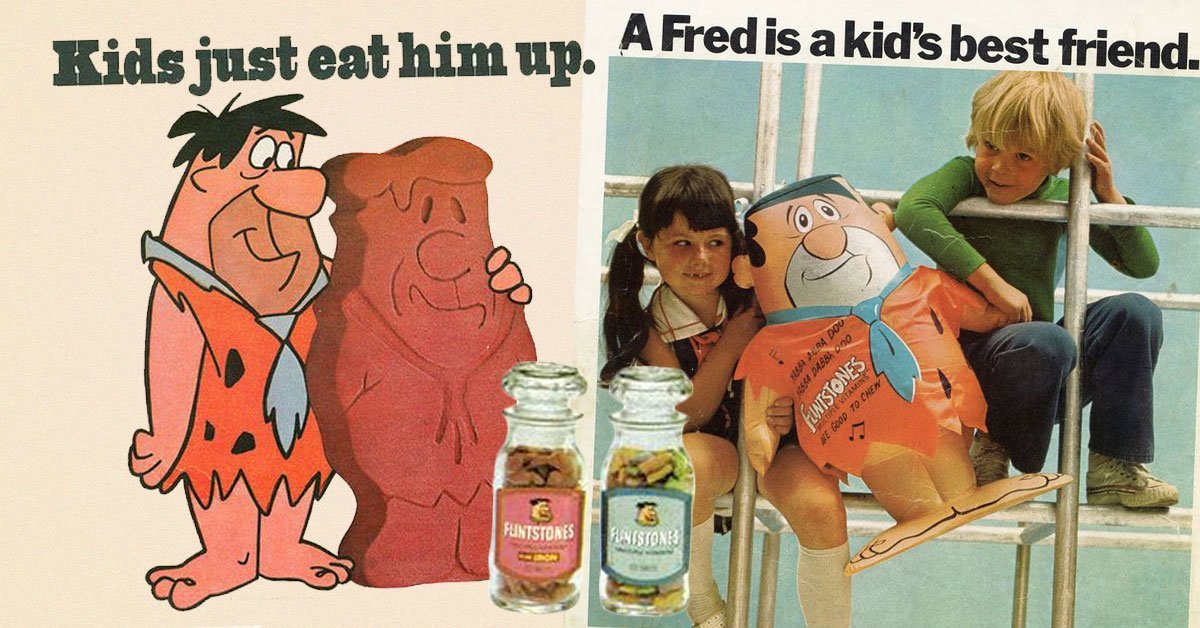 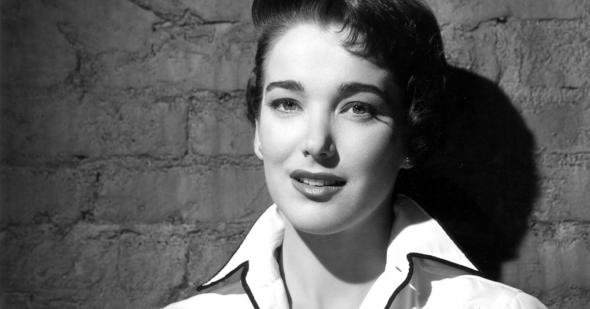 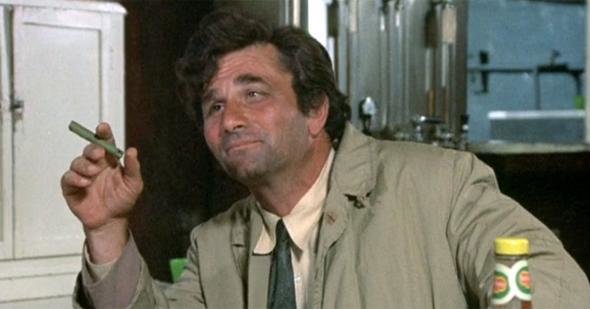 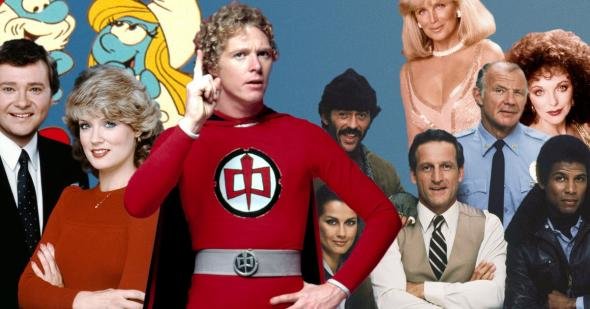 1980s
1981 was a revolutionary year for television and deserves to be remembered
Are you sure you want to delete this comment?
Close

Hogansucks1 22 days ago
“Surprisingly inept doctors”! 😂I love these cartoon characters, but just think of some of the real people practicing medicine in this world!! Now that’s scary/funny in its self !!🥴. GOD help US !
Like Reply Delete

Yuuji 1 month ago
MeTV, please air The Jetsons already, since the Saturday morning Cartoons I out now, so I want The Jetsons be air on MeTV, I know MeTV Japan aired The Jetsons, and I made a my own poster 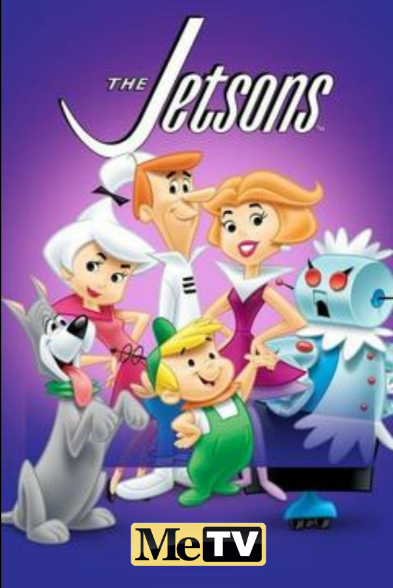 MarkSpeck 1 month ago
Dr. Len Frankenstone...a parody of both Ben Casey and Dr. Frankenstein. Only the Flintstones could pull that one off!
Like (1) Reply Delete

MarkJamesMeli 1 month ago
Well...it was the "Modern Stone Age" after all. How much sense was that supposed to make?
Like (2) Reply Delete

Mob39 1 month ago
I totally remember my mother giving the cod liver oil every morning! 🤣🤣🤣
Like Reply Delete

texasluva 1 month ago
Where's a good doctor when you need one . Here are some you all remember.
Dr. Julius No
Dr. Hannibal Lecter
Dr. Nick Riviera
Dr. Frankenstein
Dr. Jonathan Crane
and of course if you need a one way ticket:
Dr. Jack Kevorkian
Like (6) Reply Delete
Load previous comments 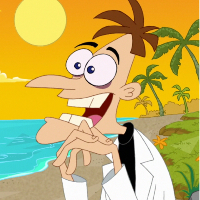 lynngdance Hogansucks1 22 days ago
“I’m a doctor not an escalator!”
Like Reply Delete

DethBiz 1 month ago
I see Dr. Sinister in the caption. I wouldn't consider him inept. His cohorts just couldn't handle those judo-chop-chops.
Like (3) Reply Delete

LittleMissNoName 1 month ago
Reading this, make me crave some Flintstone Vitamins again. If it wasn't for stupid mandates, be really neat to see advertisers for Pebbles cereal, vitamins, Welch's grape juice sponsoring the show.
Like (2) Reply Delete

lynngdance LittleMissNoName 1 month ago
Mandate on what?
Like (1) Reply Delete

LittleMissNoName lynngdance 1 month ago
It's part of the FCC childrens television act. Basically, advertisers can't run adds with animated characters promoting their products during an animated program.
Like (1) Reply Delete

Hogansucks1 LittleMissNoName 22 days ago
So?—- Showing REAL people during TV programming using REAL actor’s is OK ? 🤪 (I get it). Children are more impressionable 😬
Like Reply Delete