These 'pappyisms' from the popular TV western taught us well. 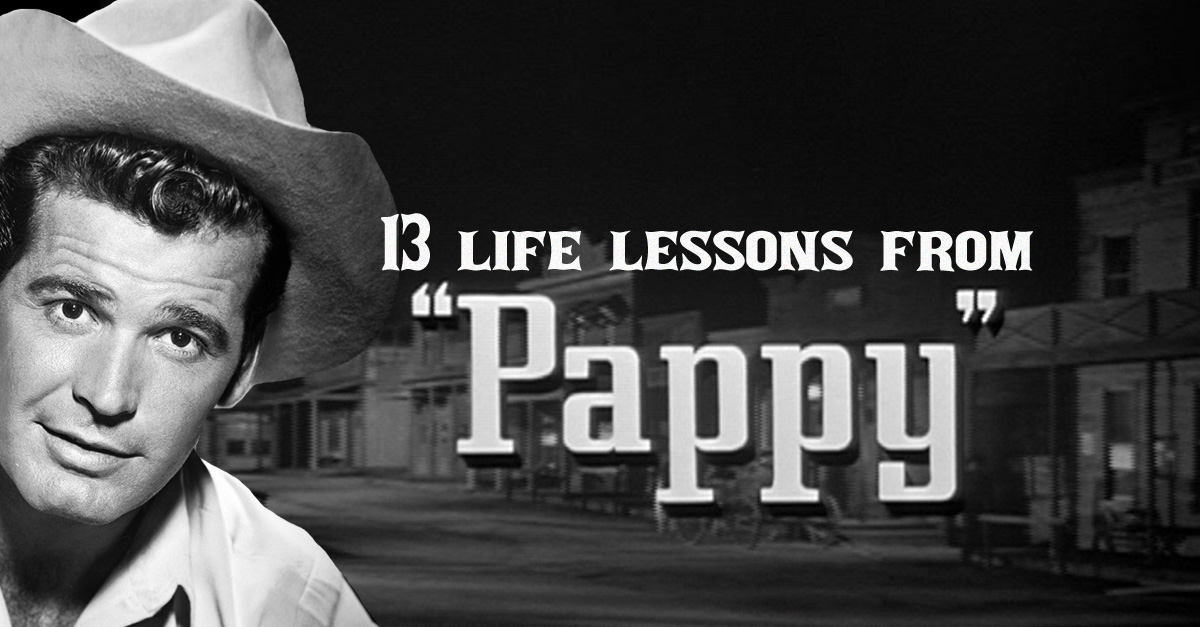 Maverick didn't play by the same rules as other TV westerns of its time, like Gunsmoke or Bonanza. It even popularly poked fun at those shows in episodes ("Gun-Shy" and "Three Queens Full," respectively) that lovingly spoofed other western shows that ended up with much longer series' runs.

But that sort of behavior is just what you'd expect from Maverick - breaking or bending rules - and longtime fans will remember that the law of the land in Maverick wasn't laid out by any sheriff, but by old Pappy, the Maverick brothers' sage father who sent his sons Bart and Bret out with a thousand dollar bill each and about a bajillion pieces of advice the characters would turn to any time they got into trouble on the show. 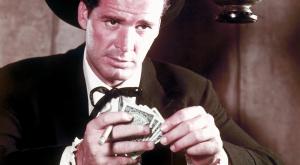 These pearls of wisdom, sometimes called "pappyisms" were often playful, sometimes earnest, but always savvy. Keep reading below, where we've collected a baker's dozen of our favorite things "pappy used to say" in hopes of continuing his legacy of sharing life lessons and seasoned insights with just about anyone smart enough to listen. So, pull up a chair and listen to what old pappy has to say. 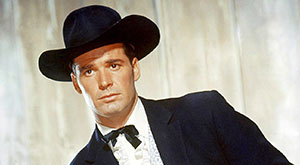 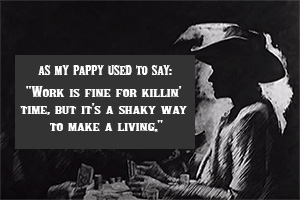 "Work is fine for killin' time, but it's a shaky way to make a living." 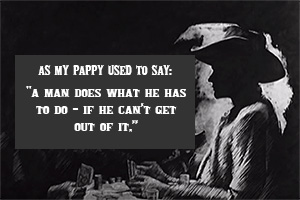 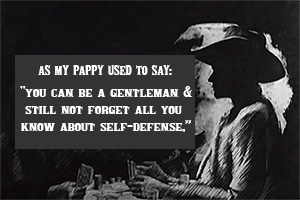 "You can be a gentleman and still not forget all you know about self-defense." 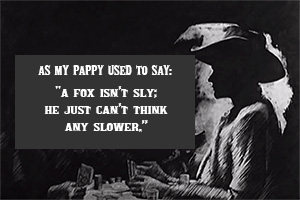 "A fox isn't sly; he just can't think any slower." 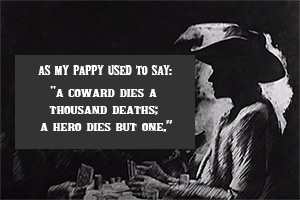 "A coward dies a thousand deaths; a hero dies but one." 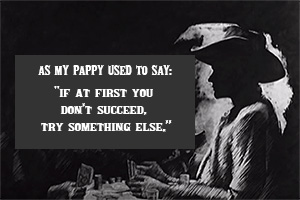 "If at first you don't succeed, try something else." 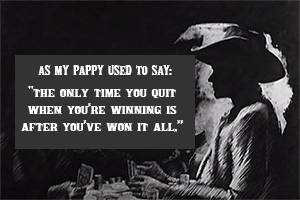 "The only time you quit when you're winning is after you've won it all." 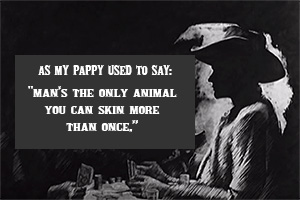 "Man's the only animal you can skin more than once." 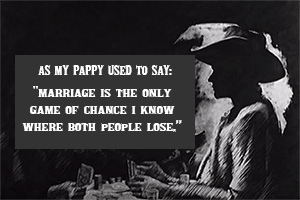 "Marriage is the only game of chance I know where both people lose." 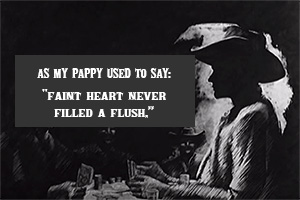 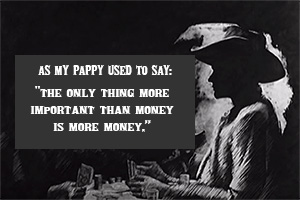 "The only thing more important than money is more money." 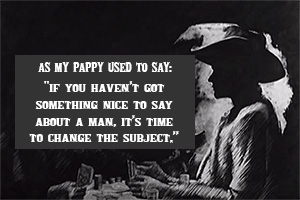 "If you haven't got something nice to say about a man, it's time to change the subject." 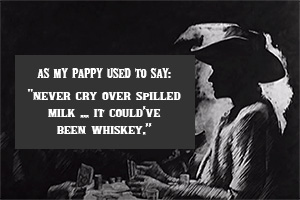 "Never cry over spilled milk ... it could've been whiskey."

SonnyStewart 7 months ago
If a man needs a will he’s not spending his money fast enough!!
Like Reply Delete

SonnyDStanforth 12 months ago
14.
As my Pappy used to say: ''Never hold a kicker, and never draw to an inside straight.''
Like Reply Delete