16 things you never knew about the Captain and Tennille

They put the Queen to sleep, hosted a TV show and sang with Pink Floyd. This '70s pop duo did it all. 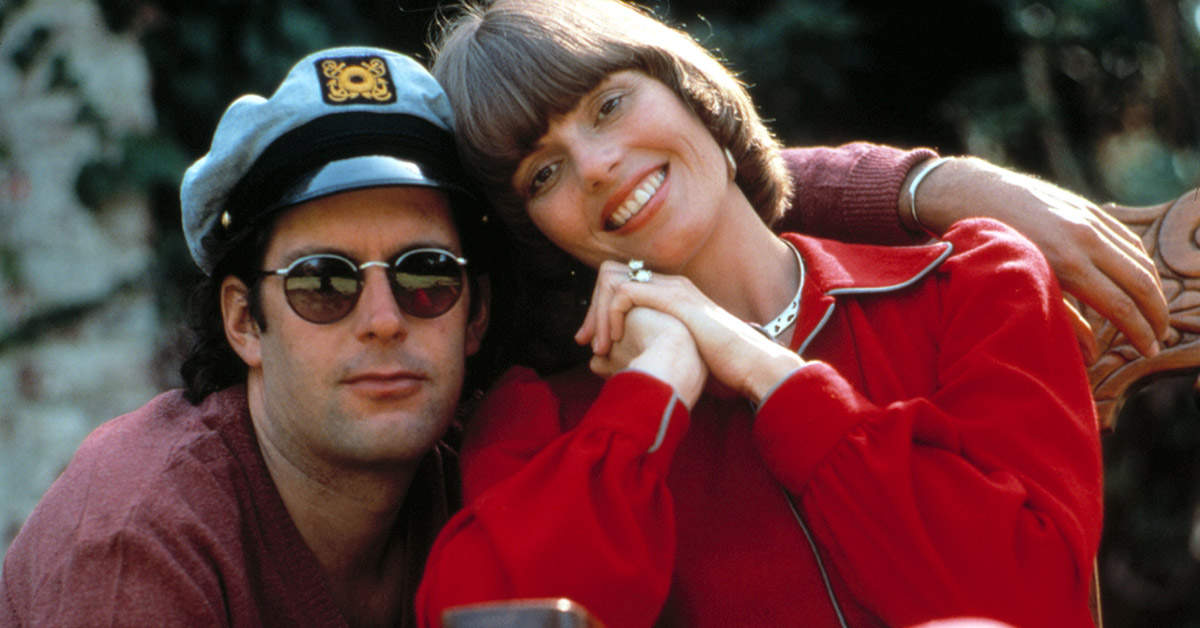 If you lived through the 1970s, it was impossible to avoid Captain & Tennille. The duo of Daryl "The Captain" Dragon and Toni Tennille were spread across the radio, television and magazine covers. They dominated the pop charts with hits like "Love Will Keep Us Together" and "Do That to Me One More Time." They hosted their own variety show. They made for one easy Halloween costume.

A favorite of ours on MeTV-FM and MeTV Music, Captain & Tennille are hard to hate. They're like the American ABBA. Let's dive into their fascinating backstory. 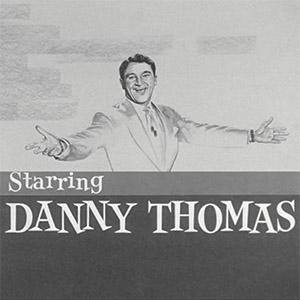 Both the Captain and Tennille had showbiz upbringings. Toni Tennille's father, sang as a member of Bing Crosby's Bob-Cats, while her mother hosted a local television show. Daryl Dragon, on the other hand, had a rather famous godfather, actor and comedian Danny Thomas, star of the sitcom Make Room for Daddy.

2. Dragon's father composed the score to 'Invasion of the Body Snatchers.' 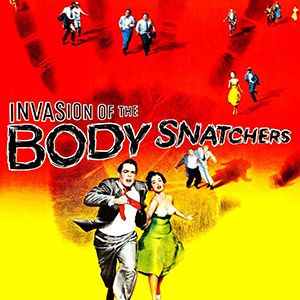 Dragon's father, Carmen Dragon — yes, Daryl Dragon is his actual name — had a classical music background, working as a composer and conductor, but was also steeped in Hollywood. He composed the score to the classic sci-fi film Invasion of the Body Snatchers (1956) and led the Hollywood Bowl Symphony Orchestra.

3. Mike Love of the Beach Boys gave Daryl Dragon his nickname "the Captain." 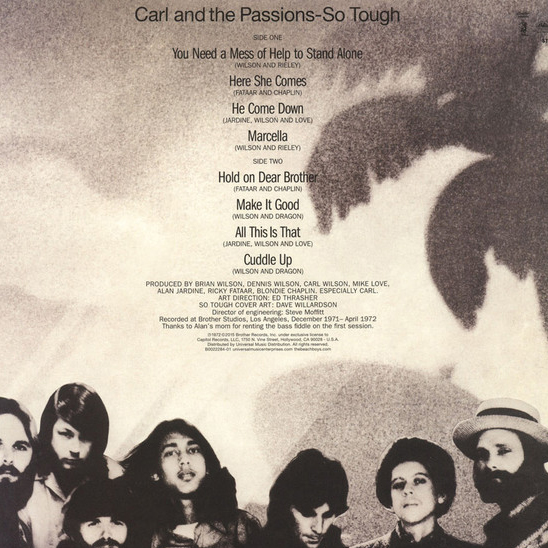 In the early 1970s, Dragon played keyboards with the Beach Boys. He was fond of wearing a white yachting cap onstage. Singer Mike Love thus dubbed him "Captain Keyboard." Dragon has two co-writing credits on the 1972 Beach Boys album Carl and the Passions — "So Tough", contributing to the Dennis Wilson tracks "Make It Good" and "Cuddle Up."

4. Toni Tennille was briefly a rare "Beach Girl" member of the Beach Boys, too. 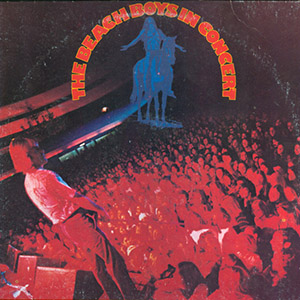 When the Beach Boys required the services of another keyboardist, Dragon recommended a musician he had recently met at an audition for a hippie, eco-conscious musical called Mother Earth. Her name, of course, was Toni Tennille. Toni played with the Beach Boys on their 1972 tour.

5. The duo began as a lounge act in the legendary Smoke House restaurant. 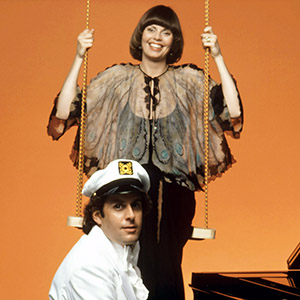 After the Beach Boys tour, "the Captain" and Tennille teamed up as a lounge act. They booked a gig at the Los Angeles institution the Smoke House, a watering hole and steak joint for the likes of Bob Hope and Bing Crosby. The restaurant sat (and still sits) across the street from Warner Bros. Studios, just a stone's throw from stages where television shows like T.J. Hooker, F Troop and Hart to Hart have been filmed. Dragon fondly recalls his time as a supper club act: "We were honest people and we played for honest people." Tennille, however, loathed it. "The work was hell," she once said. "I sang my guts out five hours a night, six days a week. I used to dread going in there," she told People magazine in 1980. 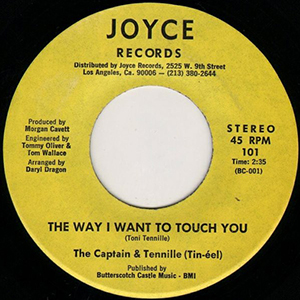 The two cut a demo for their track "The Way I Want to Touch You," paying just $250 to record the track. It went on to be a minor hit on the West Coast. The label of the Joyce Records 45 instructed new fans on how to pronounce Toni's last name: "Tin-éel."

7. The 45 single for "Muskrat Love" will play Dragon's simulated muskrat noises on an endless loop. 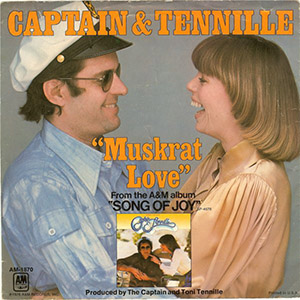 The twosome scored its first pop smash with a cover of Neal Sedaka's "Love Will Keep Us Together," which went on to earn the Grammy for Record of the Year in 1976. Captain and Tennille kept the hit streak alive with quirky tunes like "Muskrat Love," a song that chronicles the romance between two semiaquatic rodents. They were not the first to record the song, originally titled "Muskrat Candlelight," as America included a version on its 1973 album Hat Trick. Dragon, however, went so far as to simulate the sounds of mating muskrats with his synthesizers. The single for the track featured a locked groove in the 45, which would play little pitter-patter muskrat sounds to no end on your turntable. 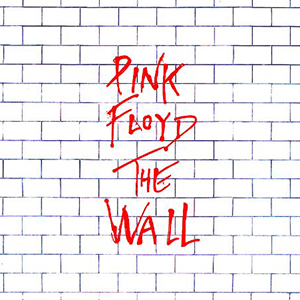 Who says Captain and Tennille were not art-rock? Toni belted backup vocals on Pink Floyd's 1979 epic The Wall. You can hear her on the tracks "In the Flesh," "The Show Must Go On" and "Waiting for the Worms." She also lent her voice to a few Elton John platters, including the smash ballad "Don't Let the Sun Go Down on Me" from his album Caribou. 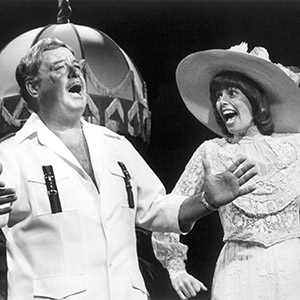 Like Sonny & Cher and Donny & Marie, Captain & Tennille landed a gig as TV hosts due to their massive pop music success. ABC aired The Captain and Tennille on Monday evenings as part of its 1976-77 lineup. It went up against The Jeffersons and Little House on the Prairie. To combat those rating successes, The Captain and Tennille booked famous faces like Don Knotts, Leonard Nimoy, Raymond Burr, Andy Griffith and Jackie Gleason, for comedy skits like "smoker on an airplane" and a Rhoda spoof.

10. Dragon took an impromptu flight across the country to complain to the head of ABC that he could not dance.

Dragon played along on the TV series, but in hindsight seems to have been rather miserable as a smiling face on the small screen. At one point during the production of the series, he was asked to do a dance routine. The musician grew so upset, he immediately hopped a plane to New York City to complain to the head of the ABC, explaining that he did not know how to dance. He demanded a new producer, and the network obliged. 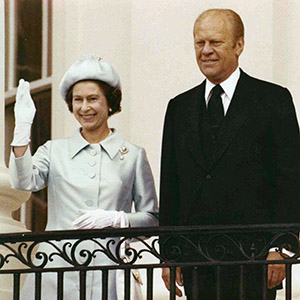 To celebrate the Bicentennial in the summer of 1976, Queen Elizabeth visited President Gerald Ford at the White House. Captain & Tennille were invited to perform. After playing "The Way I Want to Touch You," a favorite of the POTUS and FLOTUS, the duo performed "Muskrat Love" for the world leaders in the East Room. During "Muskrat," as Dragon was making his rodent squelches on the keys, the Queen dozed off, as Tennille recalled. 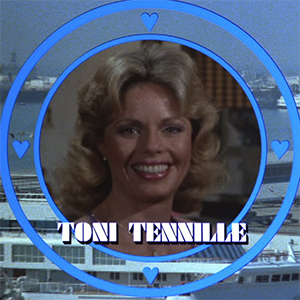 Tennille took to screen stardom, on the other hand. She popped up in a few episodes of Fantasy Island, and had a couple of storylines on The Love Boat, playing opposite TV aces Robert Reed of The Brady Bunch and William Christopher of M*A*S*H.

13. The Captain grew tired of his trademark hat. 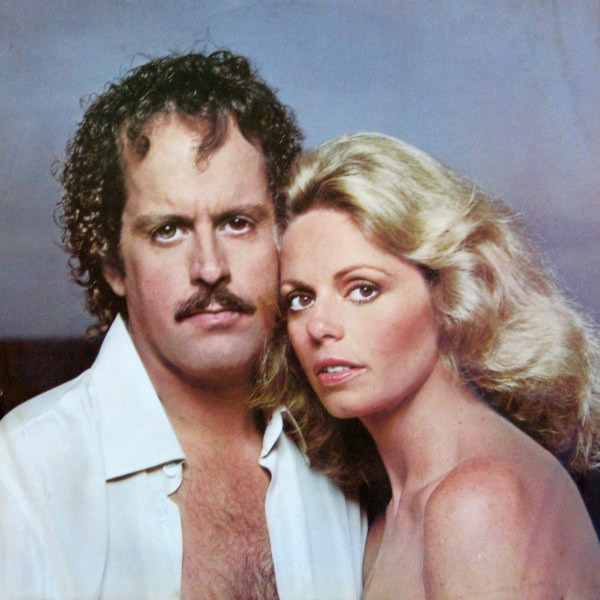 By the end of the 1970s, Dragon tried to break away from his yachting look. He would only wear the iconic cap onstage. The duo's TV show soured him on the look a bit. "They had me wearing pink-and-green hats to match pink-and-green outfits," he grumbled to People.

14. The couple never shared songwriting credit on a song. 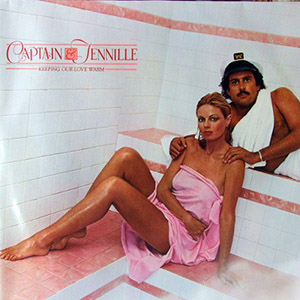 As hard as it is to believe, no track from the duo's run of hit albums featured the co-credit "Tennille-Dragon." On their original songs, Tennille was listed as the sole songwriter, with Dragon typically earning producers credit on the records. 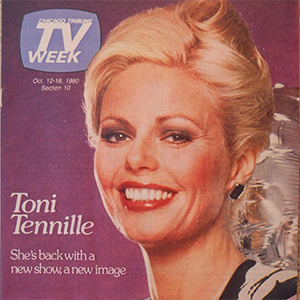 Before Oprah and Ellen and Sally, there was… Toni! The daytime chat hour Toni Tennille Show went into syndication in 1980. The press dubbed her the "New Wave Dinah Shore." In one episode, she sat down to interview her husband and bandmate. Watch it here. 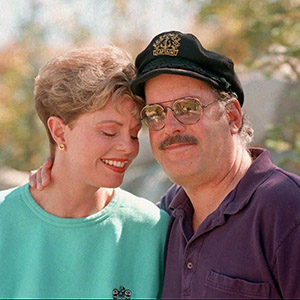 Alas, love did not keep them together. The couple divorced in 2014. Dragon passed away in early 2019.

Nightshade1972 28 months ago
My father went to HS with Daryl Dragon.
Like Reply Delete

RedSamRackham 41 months ago
* To me MUSKRAT LOVE sounded like a soundtrack for a Disney cartoon & I considered it annoying on Top 40 radio but then this was era when Barely Manenough was a Top 40 radio star. ♣
Like Reply Delete

Lindyguy 41 months ago
Toni's father played for Bob Crosby and The Bobcats. Bob is Bing's brother.
Like Reply Delete