Which great American farmer speech from Oliver Wendell Douglas is your favorite?

"Keep Manhattan, just give me that countryside." The hopeful words of one Oliver Wendell Douglas, a burned out New York City attorney who has long wanted to trade the city's hustle-bustle for farm living. Even actor Eddie Albert had similar aspirations in real life!

In Green Acres, Oliver grabbed his wife Lisa and moved to a small farm in Hooterville, where Oliver could live the simple, easy going life he always wanted. Though there were some trials along the way, one thing is for certain; Oliver Wendell is passionate about farming!

Here are seven speeches that prove it. 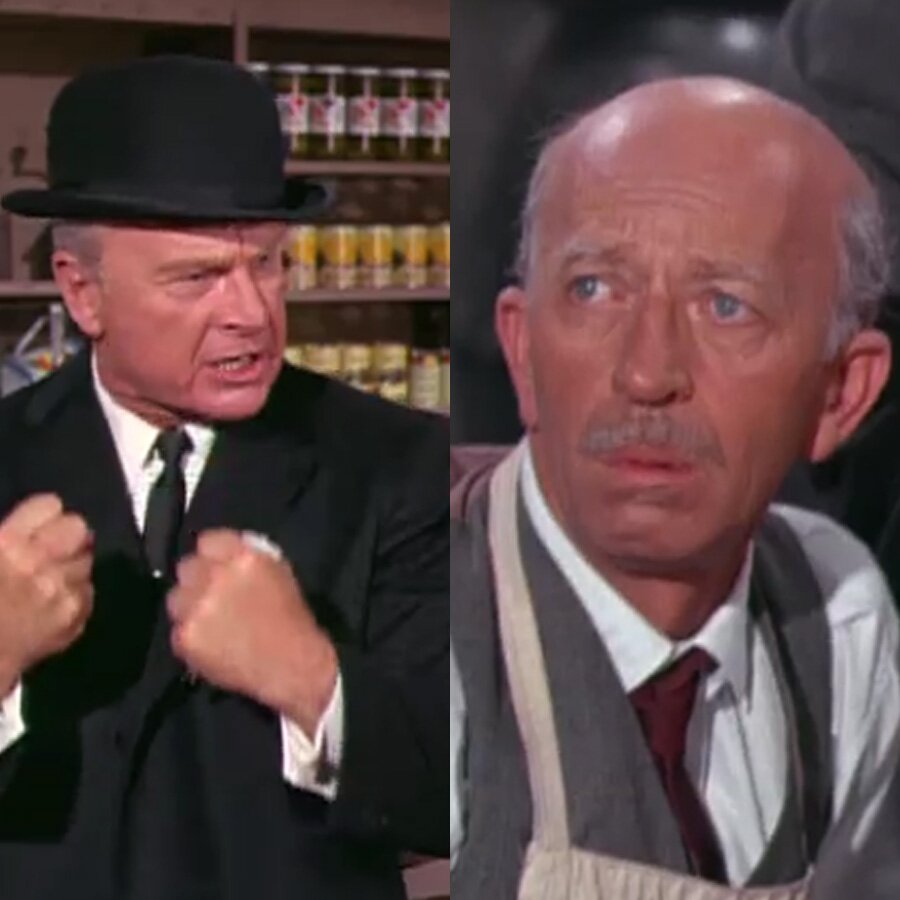 Even before he really gets to know his neighbors of Sam Drucker, Fred and Arnold Ziffel and Joe Carson, Oliver explains why he would buy the Haney place for he and Lisa. The same place Joe Carson suggests Oliver sue Mr. Haney over to get his money back. "This has been the dream of my life to buy a farm. Move away from the city, plow my own fields, plant my own soil, to get my hands dirty! Sweat and strain to make things grow. To join hands with you, the farmers. The backbone of our economy."

2. The "they thought I was out of my mind" speech 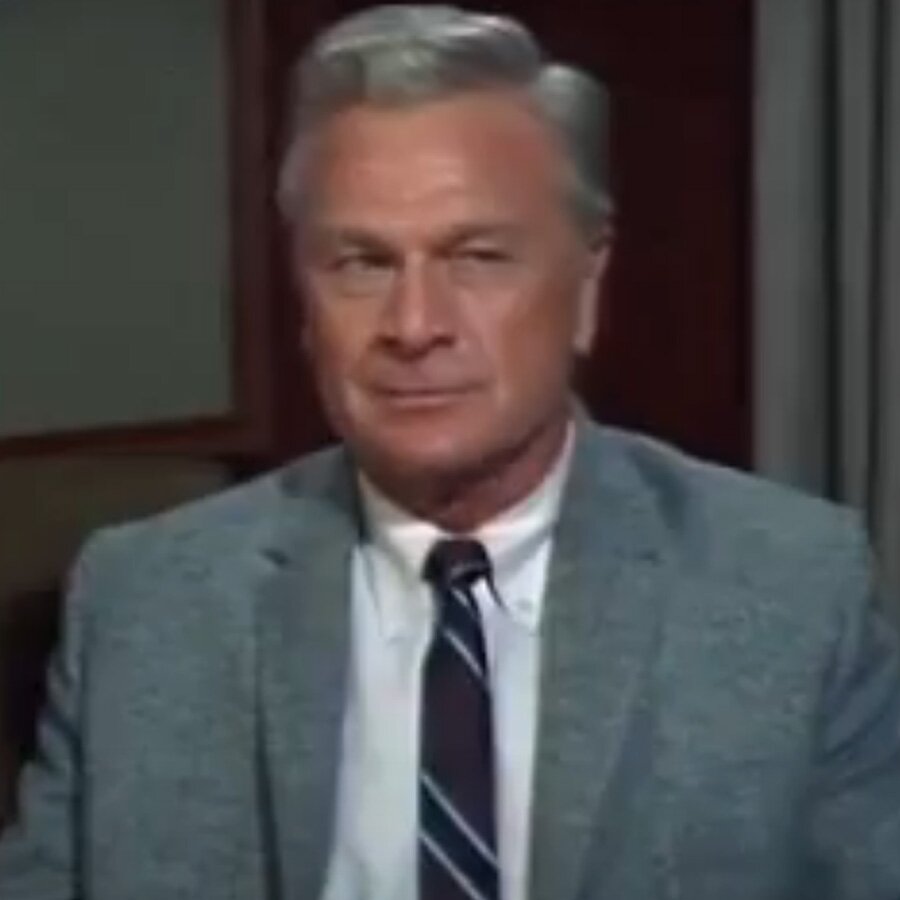 Oliver's fancy New York friends thought he was crazy to give up his big-city lifestyle, his law practice and his penthouse to move to Hooterville. He isn't afraid to show his passion in front of anybody, evident by this speech he belts out in front of a professional. "Now let me tell you, they are the ones who are out of their minds. Living in a dirty city, pushing and shoving, trying to survive! When a man can have a little piece of land. Till it. Bring little green things to life. Nurish them into maturity. Harvest them. Then bring them to the market place, knowing that he's making an important contribution to the lifeblood of our economy." 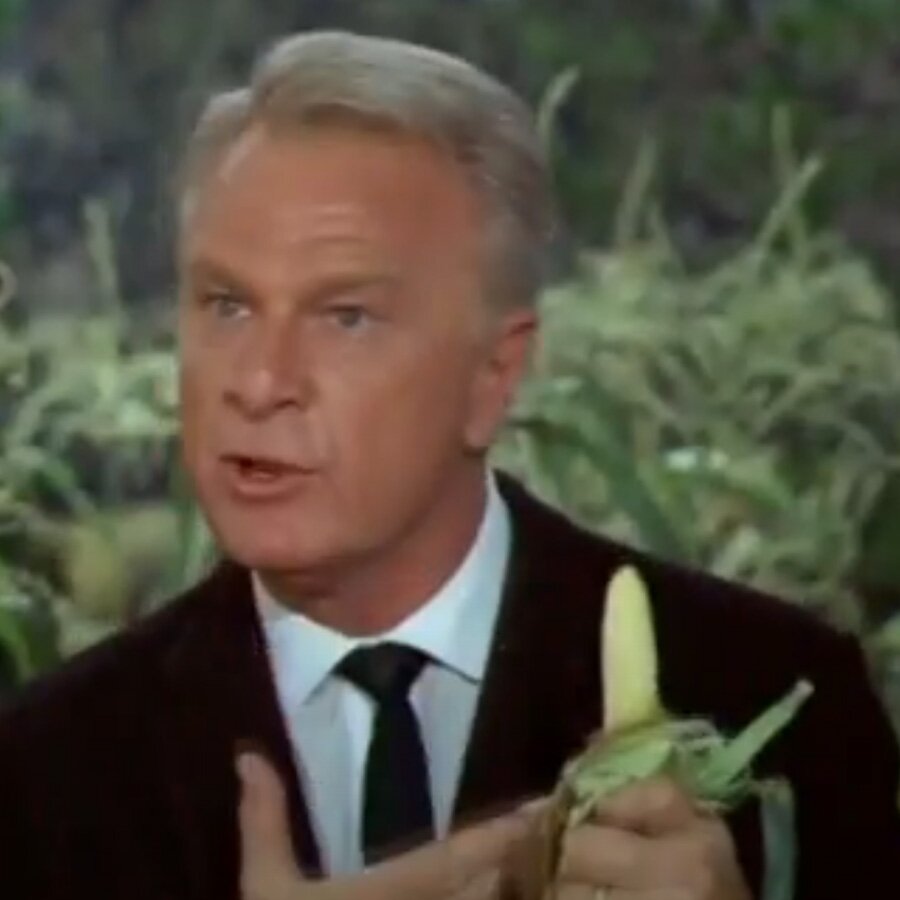 Oliver Wendell Douglas takes any chance he can get to explain why he left the Big Apple, and you better be ready for the patriotic music! This time, he gives Eb a speech because some corn sprouted through. "To become a farmer! That's why I left New York. Get away from the rat race of the city. To plant seeds. To watch the tiny stalks push their little green heads up through the brown Earth, reaching upwards. Spreading their leaves towards the sun, their branches toward the sky." It was a great, great speech. Until a crow procedes to attack Oliver and his beloved corn. 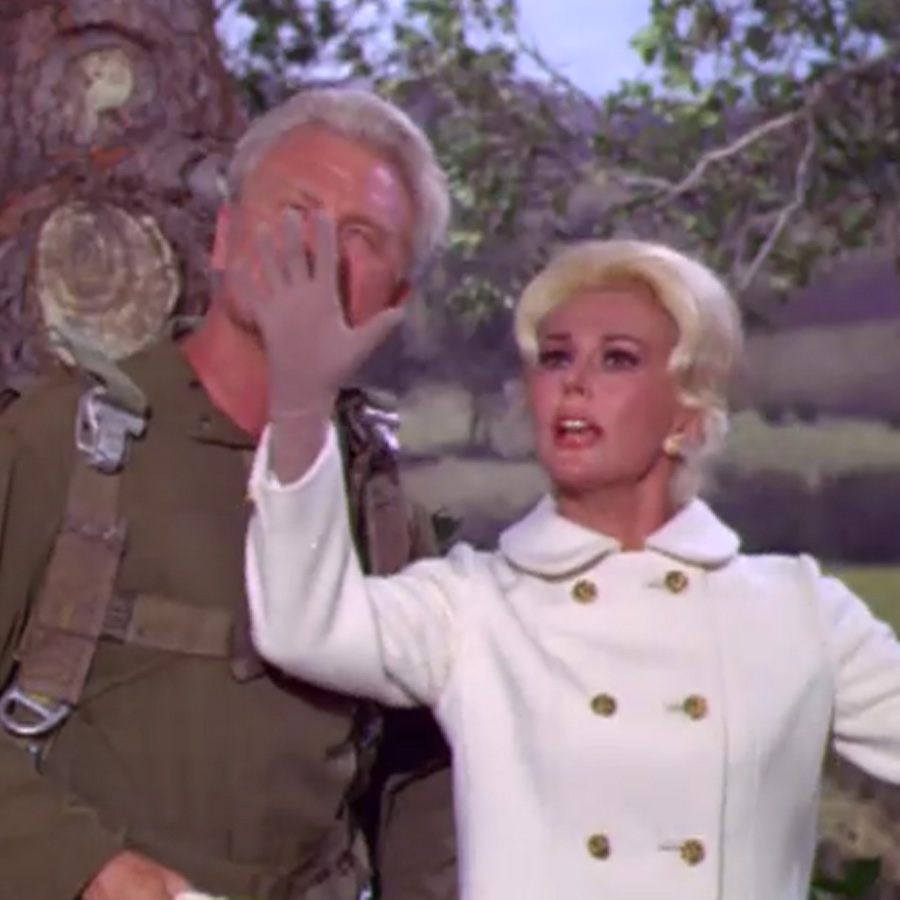 After taking Mr. Haney's plane for a spin in efforts to get rid of bugs killing his crops, Oliver grabbed a parachute before takeoff, and it's a good thing he did. He has to use it after flipping the plane! Upon crash-landing, Lisa informs him he owes almost $70,000 to Mr. Haney for the damaged plane! So, she makes a little mockery of Oliver's famous speech in an effort to hide him in her "farmhouse" to avoid the bill. She has the farmhouse because all her life she "wanted to get away from racing with the rats and plant the little seeds in the Earth and watch them shooting up into the sky!" It's a great speech, mainly because she pronnounces "shooting" as "shoo-sting." The fact that his wife knows the speech, essentially word for word, proves that farming is always on Oliver's mind. 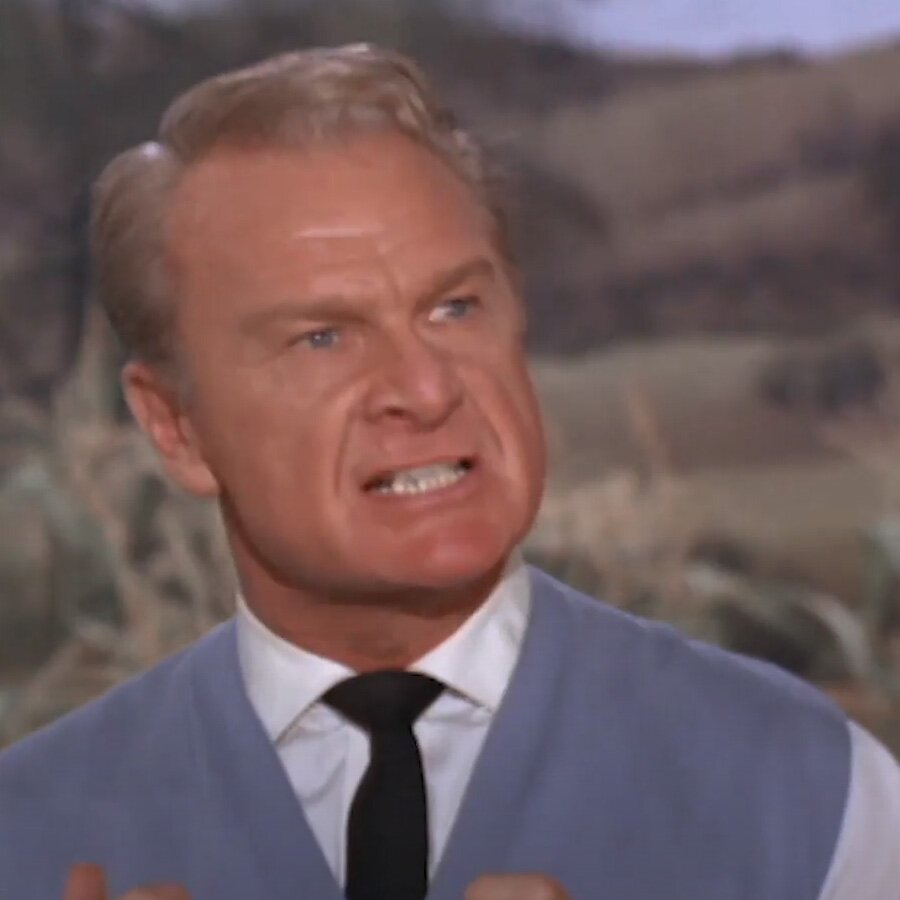 Part of the reason Oliver left New York is because he simply didn't get enough satisfaction with his work. Of course, living in a penthouse meant he was a successful lawyer, but apparently there's no replacing the feeling of gratification you get from an aching back. "Out here I can breathe the pure air, work the fertile soil. Where a man can plant his seeds and watch them shoot upward toward the sun and the sky, just as our four fathers did. A farmer's the backbone of America. It's his gnarled hands and aching back that gives America it's great strength. Without the farmers..." Yet another Oliver farming speech cut short. This time, not by crow, but a runaway kid who breaks the fourth wall, asking how Oliver can talk and play the fife at the same time. 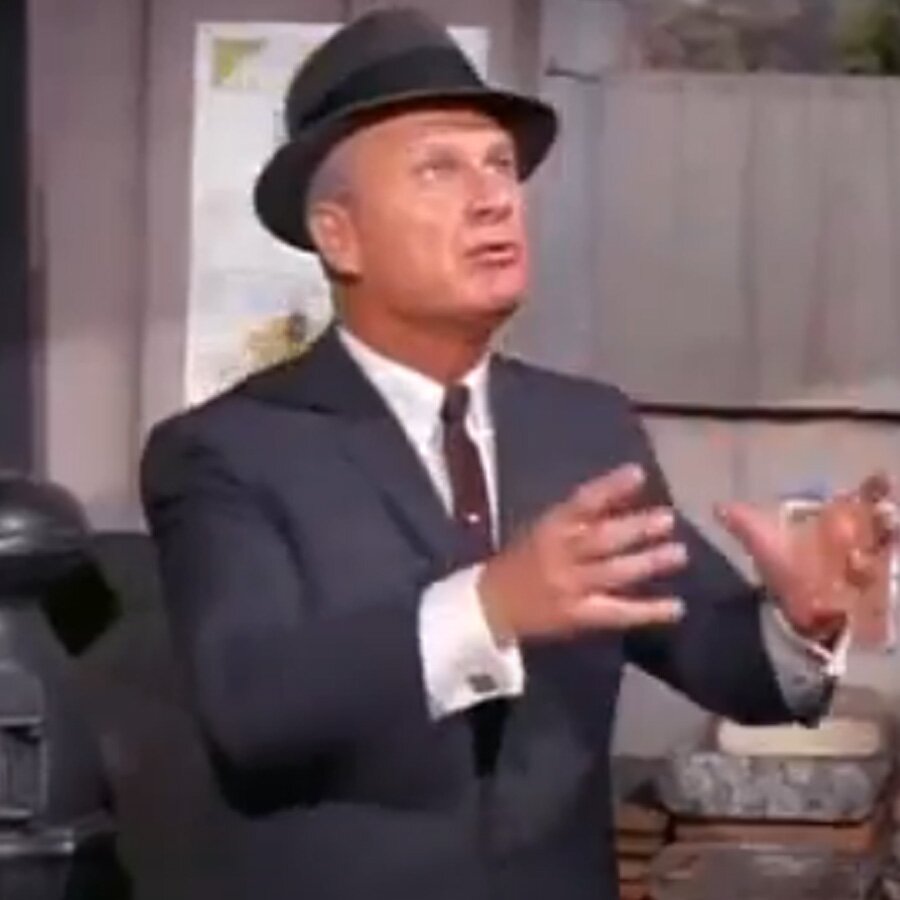 Here, Oliver takes things to the next level with the vocabulary and the science behind what it means to be a farmer. With his audience of Mr. Drucker, Mr. Ziffel and Joe Carson, who each have, let's say, unique ways of choosing what to plant, Oliver gives them a new method to think about. "Since the day the Department of Agriculture was founded, the farmer has access to the finest scientific brains in America. He knows that back there in Washington there's an army of agriculturists, agronomists, chemists, bacteriologists, meteorologists, peering into microscopes, heating up test tubes, you know, releasing balloons... gathering data. Sorting, probing, shifting with but one thought in mind; what crops are good for America?" He says all of that to say, "I am planting wheat!" 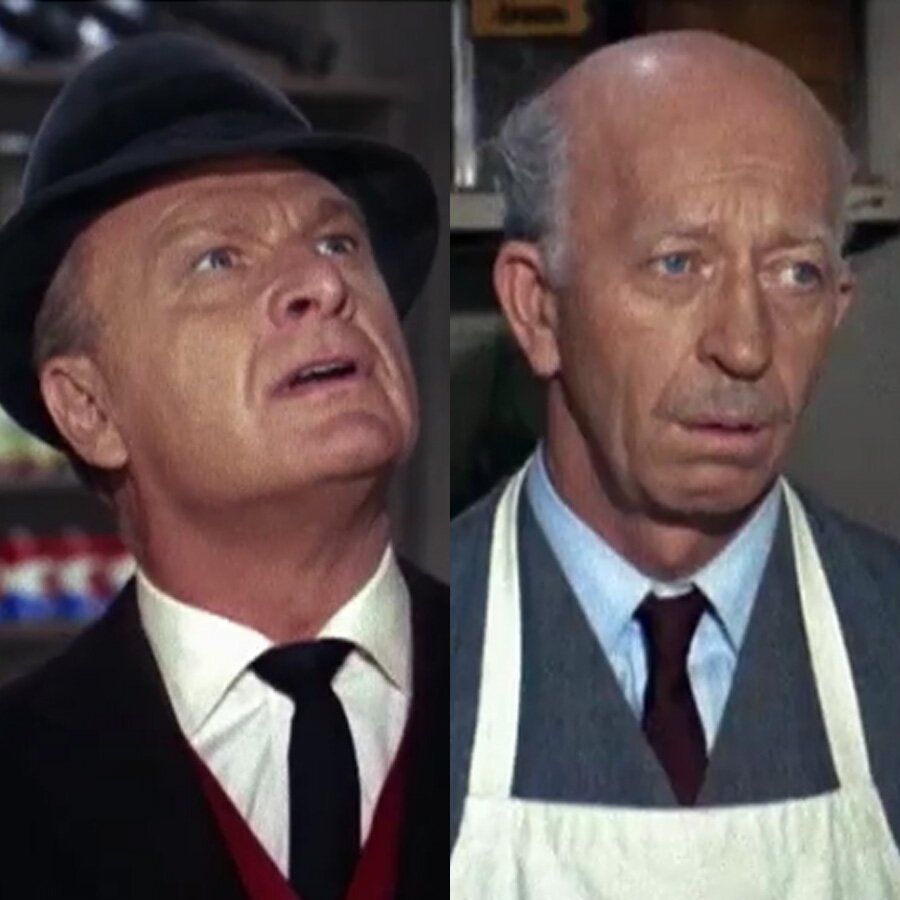 While Mr. Drucker tries to sell Oliver a plastic Christmas tree, wax-made corn to decorate and fiberglass candy canes, he holds his ground as a true American farmer that only knows of one way to find and decorate his Christmas tree. "To the American farmer, Christmas is real. He goes out with axe in hand, chops his own tree, brings it back, garlands it with strings of popcorn from his own corn crib! Makes cider from his own apple trees, and when the Christmas carols ring out in the still of the night, he looks up in the sky and he says, 'I'm proud to be an American farmer on Christmas.'" Poor Mr. Drucker, who is just trying to do some business!

Bonus: Oliver isn't the only one who wants to be a farmer 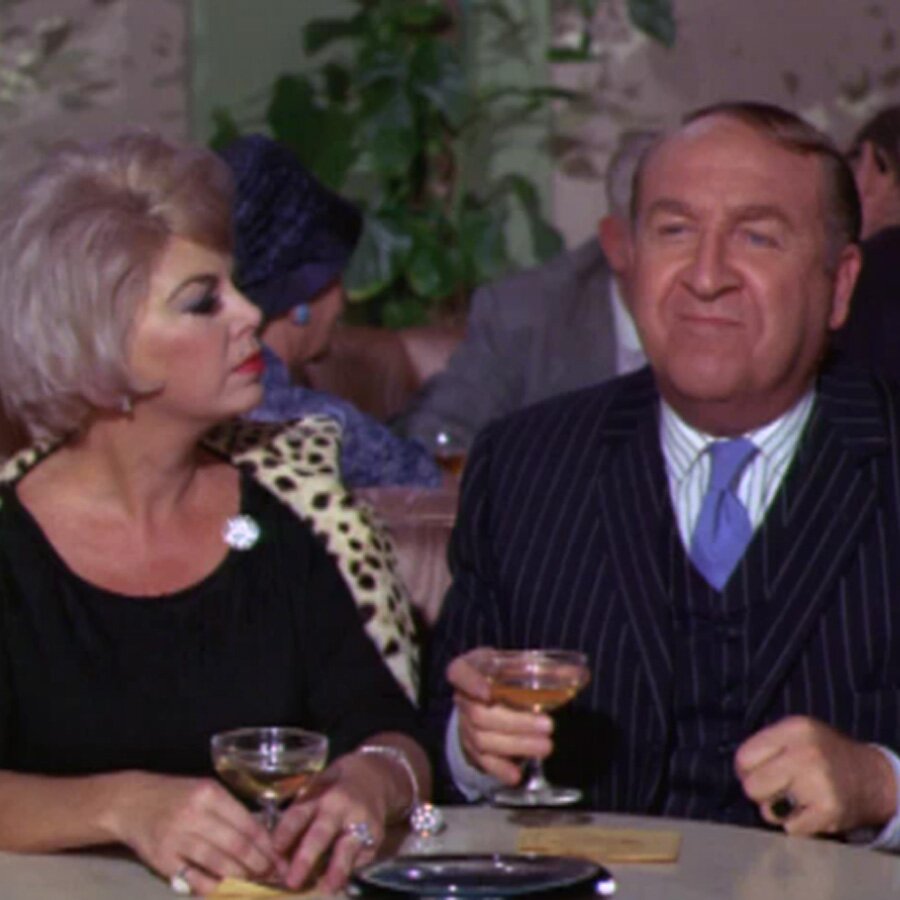 As it turns out, the repetitive speeches about getting out of the city for a simpler life don't only apply to Oliver. He and Lisa run into a pair of former acquaintances in Charlie and Wanda. When they sit down for dinner, Charlie explains how he tried farming once, and agreed that it is a much simpler life! Though, he ditched the city for different reasons than Oliver did. "This is the way to live. Get out of the rat race, get out of the rackets, get away from the fuzz. Why don't you buy yourself a little farm? Plant the little seeds in the soil (pronounced 'serl'), watching the little green things pushing their heads up through the Earth, reaching for the sun, for the sky." Sound familiar? 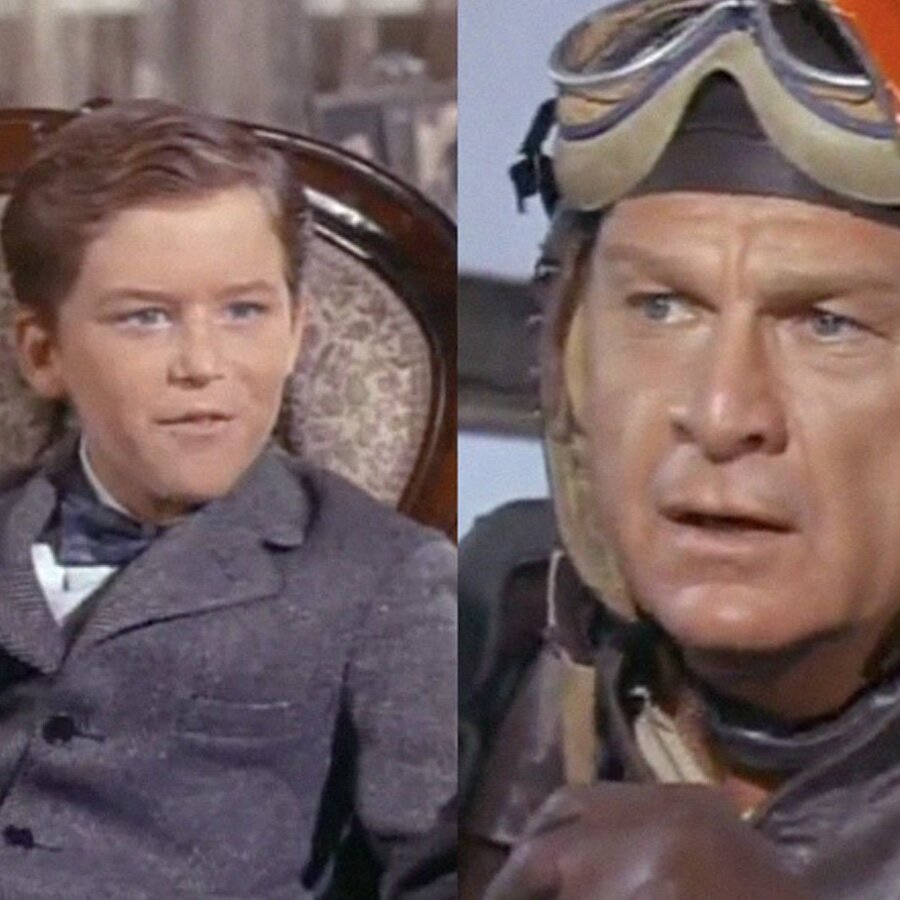 His backstory takes up almost half the episode! 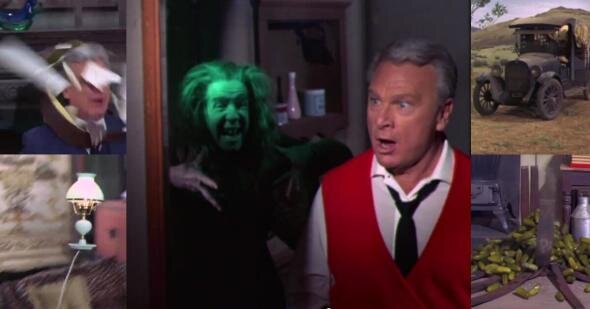 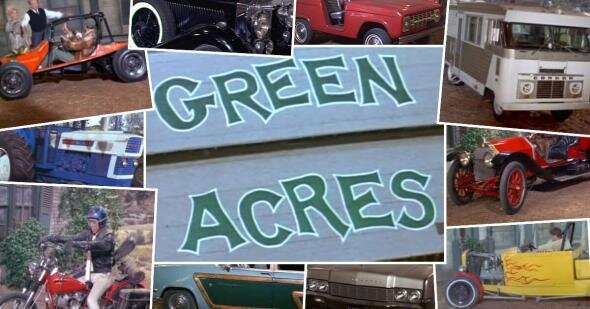 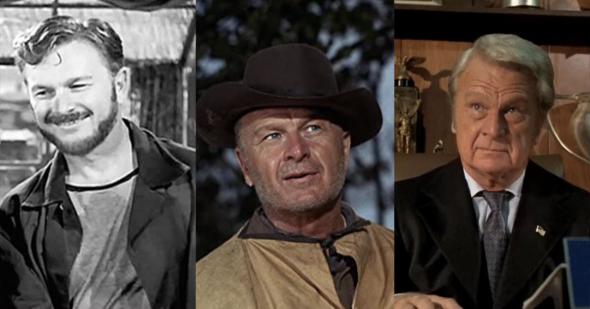 How well do you know the career of Eddie Albert?
Are you sure you want to delete this comment?
Close

RichLorn 3 months ago
The greatest speech must have been the one where Haney convinced Oliver to actually buy that broken down wreck of a farm.
Like (1) Reply Delete

BuckeyeBeth 3 months ago
I love all of Oliver’s speeches! It’s really hard to pick out a favorite. I guess maybe the first one. It’s always amusing when the characters start looking around to see or asking where the music is coming from.
One of the high points for me as always the intro theme song. For whatever reason ever since I was a little kid it’s always delighted me when Eddie Albert goes up on the word “farm” 🎶🎶😆
Like Reply Delete

327053 3 months ago
I loved how he was always interrupted or cut off. Poor Oliver, he just wanted to farm. 🤷‍♂️
Like Reply Delete

LoveMETV22 3 months ago
Too funny - A short clip with some of Oliver's speeches: They would sometimes begin with patriotic music, so you'd know Oliver was going to rant.
Like (2) Reply Delete

ncadams27 3 months ago
I liked it when patriotic music would start playing in the background and everyone looked around to look who was playing it.
Like (2) Reply Delete

Coldnorth ncadams27 3 months ago
That is always funny no matter what show it was on. I don’t know how the characters can keep a straight face. Sometimes they couldnt
Like Reply Delete

Michael ncadams27 3 months ago
I was thinking about that. Is there a similar music every time he does a farmer speech?
Like Reply Delete

AgingDisgracefully 3 months ago
"Lisa, I am SO glad you're not your sister!"
Like Reply Delete