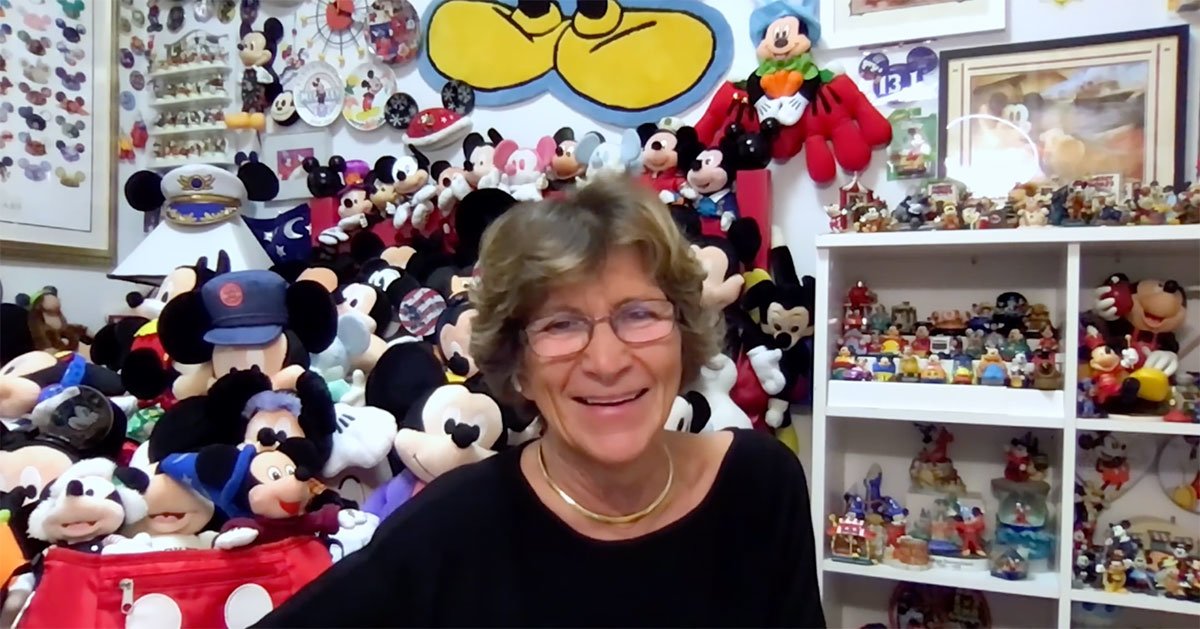 As the Guinness World Record holder for the most Mickey Mouse memorabilia, you might say Janet Esteves is mad about Mickey! Her collection, with more than 14,000 items includes 130-plus watches, a Swarovski crystal Mickey Mouse handbag, a Mickey Mouse record player, and a 7-foot Mickey Mouse statue.

Joining Janet is her husband Jose, who plays a huge role in her collecting — beginning with their honeymoon to Disneyworld in 1974.

Kate Martin, a certified appraiser and Mickey fan herself, appraised the collection for us — and procured a special new piece just for Janet. 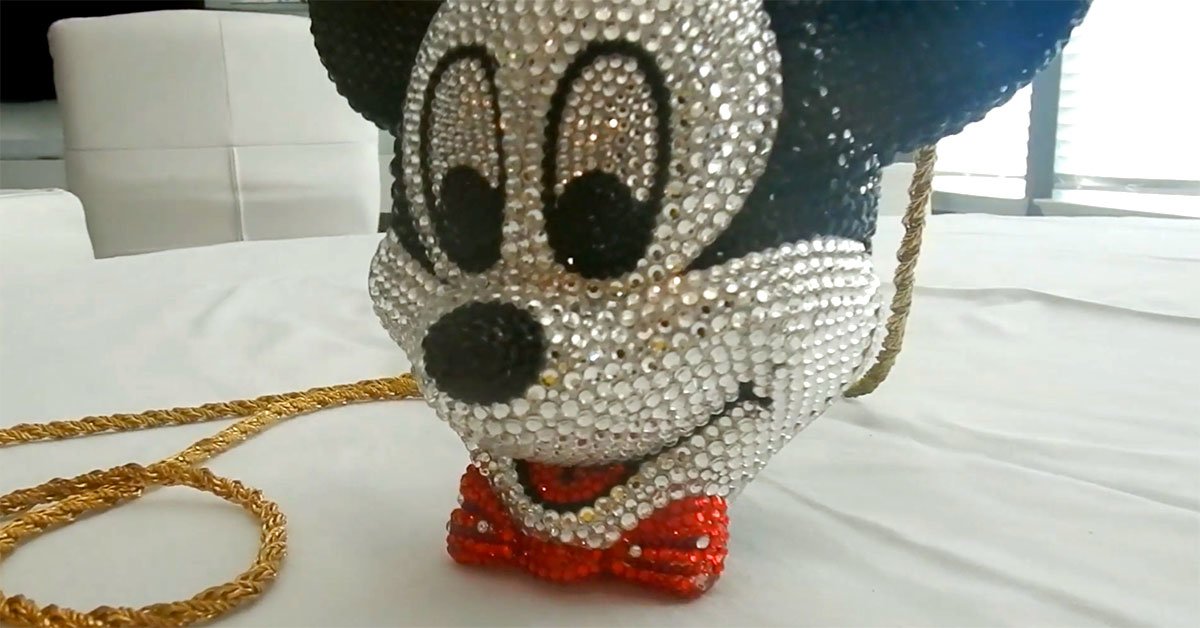 Check out rare items that range from MLB All-Star Game statues to handbags made by a M*A*S*H actress. 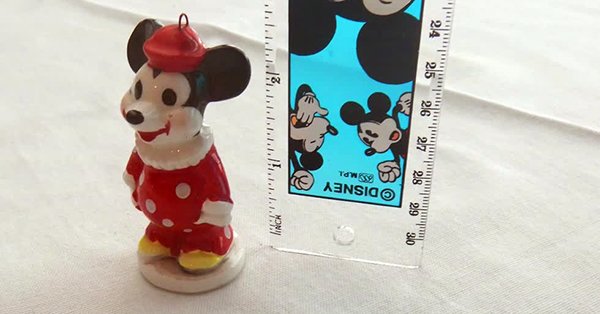 The first Mickey piece in Janet's collection, she received this from her mother at the age of 16. It was part of a larger collection of porcelain clowns. Popular in the late '50s and early '60s, this ornament was made in Japan. 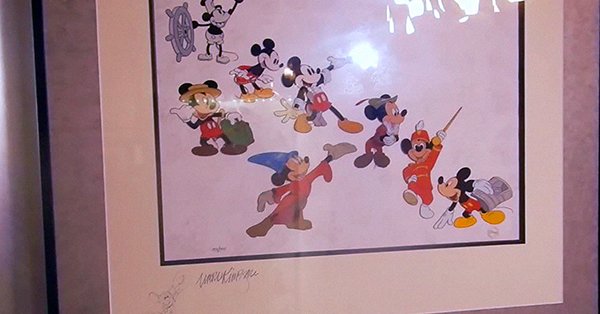 This piece of animation artwork was signed by Ward Kimball, one of Disney's legendary "Nine Old Men," the creative team that built the Disney brand and legacy. This is one of 500 in existence. 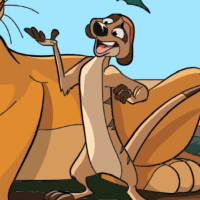 ETristanBooth lynngdance 18 months ago
The Decades channel is running a Monkees marathon all weekend (June 13-14).
Like Reply Delete

stephaniestavropoulos 18 months ago
I'm not a big fan of shows like this. Sure, I guess they have their place in the "grand scheme of things," but I have thought it to be bragging {some folks would consider it to be prideful speaking of their collections, I'm happy for those of you if that's how you feel,} about what all you have, when there are others who are not so fortunate to be able to acquire such items, and they really wish they could. [And who might also feel that you are being boastful.] I am glad that collecting these items brings folks pleasure, {I myself, over the years, have had my fair share of collections, but I was never boastful about them.} I don't have what I once did, {in the past I had a nice collection of things from Man From U.N.C.L.E., Dark Shadows, The Monkees, even the original Star Trek.} But, over the years I had to get rid of whatever I had accumulated due to lack of space, moving and most importantly, $$. It didn't bother me that I had to get rid of them like it does some people. I have have seen people cry over losing their "precious collections." These tears should not go wasted on materialistic items. Sure it's sad that you lost things, and you've invested a lot of time and hard earned $$ in acquiring them, but they are just things. I have always looked at it this way: however long someone is meant to possess something, is how long you were meant to have it. Whether its lost via a disaster, or you had to sell it because you needed the $$ for something else. If youi had to sell/give them away, you know {hopefully} it will be going to someone else who will find the same pleasure and enjoyment you had when you were the item's owner.
Like Reply Delete

lynngdance stephaniestavropoulos 18 months ago
You had a collection of Monkees stuff? Cool! (As you have probably heard) they are taking the Monkees off MeTV in order to show Mama’s Family. And I just thought this a good opportunity to bring my #BringBackTheMonkees protest to MeTV’s attention. (Search #BringBackTheMonkees to see more)
Like (1) Reply Delete

stephaniestavropoulos lynngdance 18 months ago
Good luck with your campaign on getting The Monkees back on METV. Usually, when another station is airing a show, METV doesn't air it. That is the case w/TM. another station FETV, has been airing it at 3 a.m. on Saturdays, followed by 4 episodes of The Partridge Family. So I think you might fighting a losing battle. But keep up the good fight, METV might bring it back in the fall.
Yes, as I said I did a a few things of theirs. But what was really cool {I know I said I don't like to brag, but this one thing which I still can't believe happened;} is that I was able to see them perform in person, all 4 of them at The Greek Theatre. I will never forget that. It was to be hush hush about Mike performing with them, but of course it wasn't. I'll never forget seeing Peter on what used to be the Nashville Network on their talk show, announcing what we fans already suspected. I couldn't believe my luck that I was going to see them. My sister, {whom I miss very much, r.i.p.,} had gotten tickets for her, my brother-in-law and me for my birthday to see them. We, {my parents and I,} were all packed to go to CA the next day, the day of the concert. The whole time I was watching Peter, I kept thinking I am going to be seeing them tomorrow night! [This was one of those things that happens to other folks, not you!] I vaguely remember what happened, have visions of having been there: walking through the parking lot encountering all of the fans, it was crazy! {But fun, of course!"} The only thing I can remember about the concert, is that the seats were good, {don't ask what row, I just remember it was unobstructed, and I could see them clearly.} But I was sitting there seeing all 4 including my fave: Mike. Fast forward to the next day when Main Event #2 occurred: The guys got their star on the Walk Of Fame. I was fortunate to have been able to see them get that. I and my sister were never ones to beg/ask for anything. When it came time to give us gifts for our birthdays and Christmas we never said we wanted this or that. My Becky, sister, knew about them getting the star and {I think it was her, someone encouraged me,} to go and ask our dad to take me. I knew he wouldn't. He said that he wanted to do something else {I think it was go visit his brother,} and my mom or sister said you can do that some other time. So, I wound going, and stood for quite a long time waiting for the guys to make their appearance. then when it was over, I convinced my dad to let me go and see them at the press conference that was being held right near where their star is. I was like 3 rows away from touching Mike, David, Peter & Micky! I want to say I saw both David and Micky's daughters there {all eight,} but I'm not sure. I know I saw some of them. That is one weekend I will never forget!
Like (1) Reply Delete

lynngdance stephaniestavropoulos 18 months ago
Thanks for wishing me luck! That is an amazing story! (Oh and Mike Nesmith is my favorite too!) but about them not showing things that are already being shown on other networks, I think they make certain exceptions. For instance, they show The Andy Griffith Show even though it’s on Sundance TV as well as ABC (maybe not in all regions) showing it. And Folk TV, Shout Factory, And RFDTV has The Carol Burnett Show. Sundance also has Gomer Pyle and Hogan’s Heroes. FeTV has Green Acres and Perry Mason. So maybe there’s hope of the Monkees coming back to MeTV. But also it’s the principle of the thing, especially after MeTV to that “The Sweet Sixties” poll which The Monkees ranked #4 as people’s favorite TV show of the sixties (besting shows like The Twilight Zone and Green Acres) but anyways thanks for wishing me luck! I appreciate it. 😀

MrsPhilHarris stephaniestavropoulos 18 months ago
What a nice memory of your family and The Monkees.
Like Reply Delete