Where To Watch Shop Store Contact
Home / Stories / Andy's real-life wife Barbara had a tiny role on The Andy Griffith Show
Did you know?1960snostalgiaAs Seen on TVAndy Griffith

It was a small tribute to how the couple met in college.

Andy Griffith intended to be a preacher. After graduating Mount Airy High School in '44, the small-town boy attended the University of North Carolina. He was initially a divinity student, but he had a change of heart. Or perhaps it had something to do with a girl. Griffith switched majors and worked his way to a Bachelor of Music degree. It was in school that he met Barbara Edwards, a soprano and fellow Chapel Hill classmate.

Griffith graduated in '49 — and married Barbara that same year. The couple settled in Goldsboro, North Carolina, where Griffith taught music in high school. Saving up their pennies for a few years, Mr. and Mrs. Griffith journeyed to New York City to see if they could start a career in the music biz. After singing in auditions, the 26-year-old Griffith was told to not quit his day job. 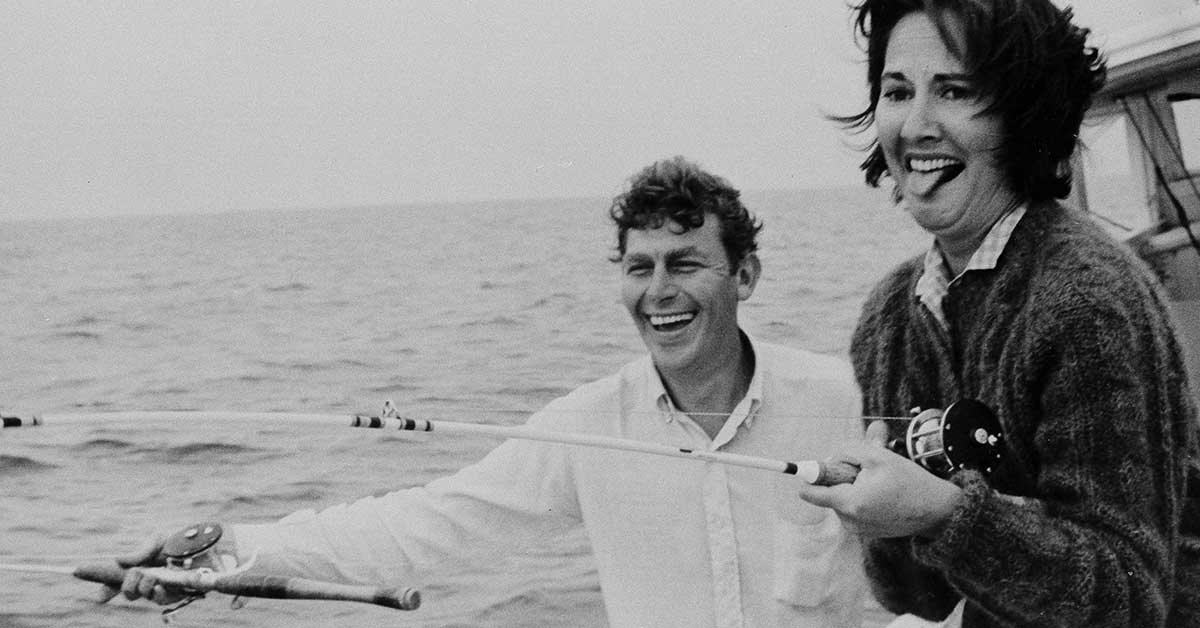 AP PhotoAndy and Barbara Griffith in 1963

So, the married pair headed back to North Carolina but did not give up. The husband-and-wife duo honed an act, which they toured in community centers around the state. It was in these shows that Andy's breakthrough "What It Was, Was Football" spoken-word routine was developed. He recorded the homespun comedy bit, which became a hit, and the rest is history.

Cut to a decade later and Griffith was headlining his hit sitcom The Andy Griffith Show. In season four, the show revisited the Mayberry choir, which was responsible for perhaps the funniest episode in season two, "Barney and the Choir." In this tale, "The Song Festers," Barney was again comically struggling through his tenor parts until an unlikely replacement was found in the angel-voiced Gomer Pyle. 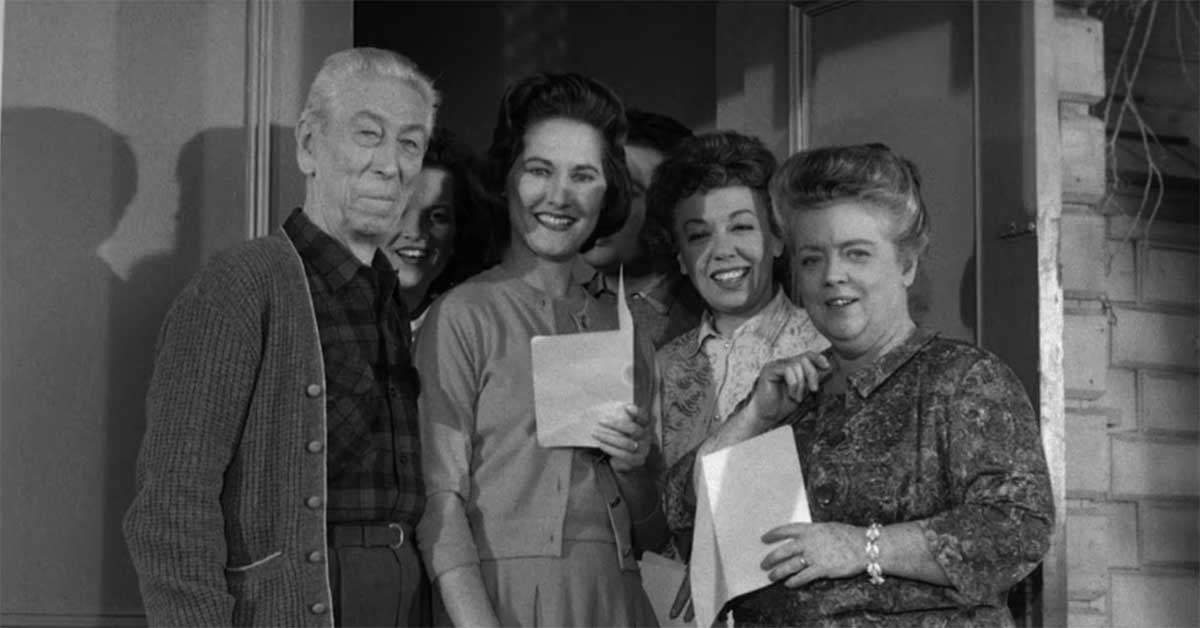 Standing close to Barney in the choir was a new face from Mayberry. Her name was known only as "Sharon," and she spoke just one line. "I'm sorry, Mr. Masters," she said to the choir director.

Indeed, this actress was none other than Barbara Griffith, in her only television credit. The singer joins in the singing of "Santa Lucia," undoubtedly drawing on her university days. The closing credits listed her name under Frances Bavier, Reta Shaw (Eleanora Poultice) and Olan Soule (John Masters). 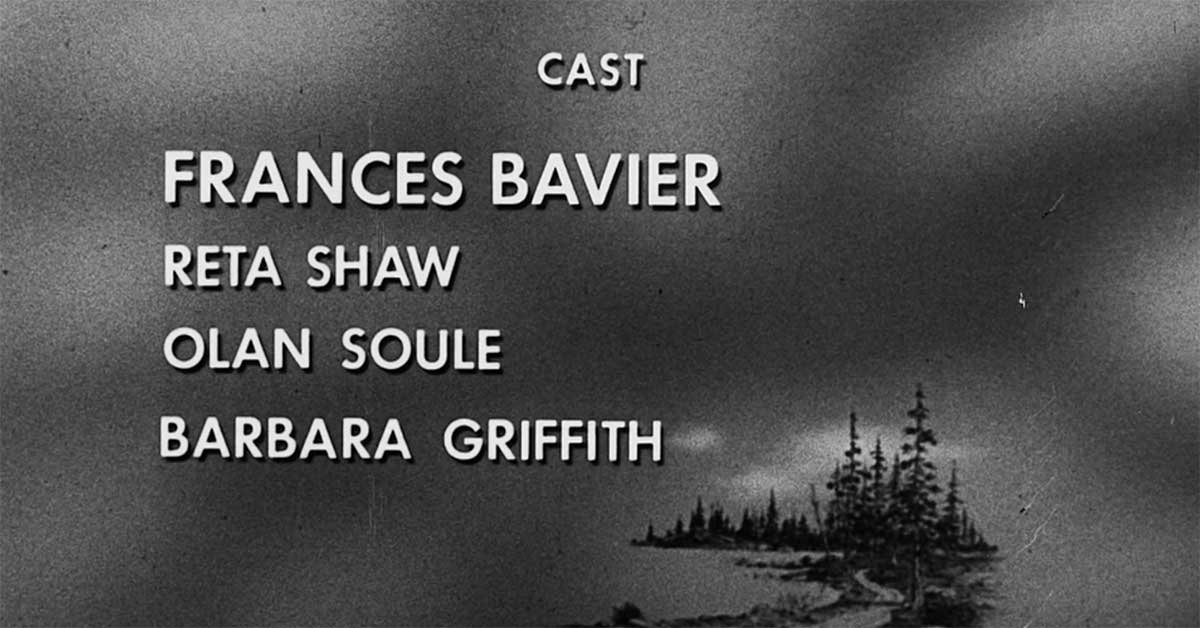 In 1972, after 23 years of marriage, the couple divorced. A few years later, she remarried to Michael St. Clair, not long after Griffith wed his second wife, Solica Cassuto. In 1980, Barbara Bray Edwards St. Clair passed away in Beverly Hills. She was 53 years old.

MaryAlice 26 months ago
Hello new at this, can not figure out how to watch the shows???so frustrating 😩
Like Reply Delete

rruustoopid MaryAlice 24 months ago
You can't actually watch the shows on this app. This is more an information thing. If you have free over the air tv, find the channel that is listed as mytv. Otherwise contact your cable company and ask if it's available to you. Hope this helps you.
Like Reply Delete

brigarzmetv123 SHANANA 24 months ago
Even back then stuff like that happened. No social media back then, but I don't fault him do you? Just curious.
Like Reply Delete