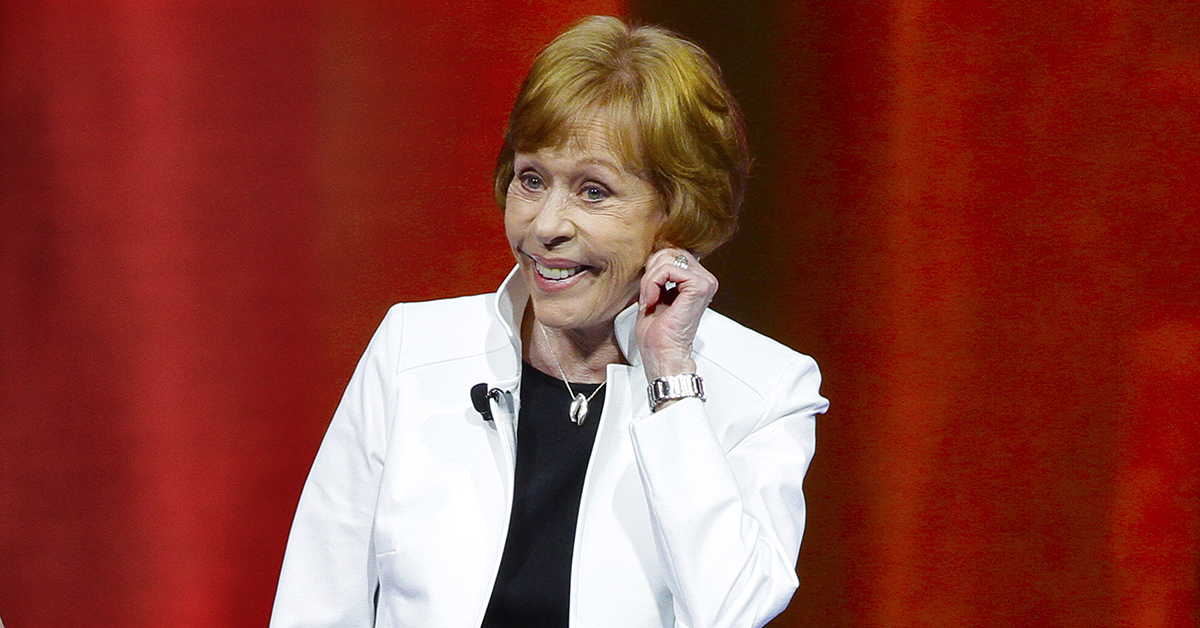 Last weekend, Carol Burnett was rightly presented with a Lifetime Achievement Award at the 22nd annual Screen Actors Guild award. Finally. After collecting her trophy, the television legend did a little press, including a chat with the local paper in her hometown of San Antonio, Texas.

In the interview with the San Antonio Current, Burnett reflects on growing up in Texas, naturally, but also shares her thoughts on modern TV comedies, her film career and her earliest work. It's a great little Q&A you should read, but here are some highlights.

On being scared by an ape:

My fondest memories are when my grandmother and I would go downtown and window shop. I remember the Buckhorn Saloon. There was this stuffed ape in the window. [Laughs] We would walk by there and it would scare the pants off of me!

On her very early acting career:

I was in the first grade. I was kind of quiet. I remember the first time I ever performed was at Davy Crockett. We did a mini-version of Pinocchio. I was cast as the Blue Fairy.

On what modern comedies need more of:

I wish today they would do more stuff [on TV] to get a belly laugh rather than be cynical or edgy. I’m not a prude or anything like that. I know they want to be edgy, but don’t only just do that. Let’s get silly sometimes and have fun.

On her favorite new sitcoms:

I do like Life in Pieces (CBS) and I do like The Grinder (Fox). I also enjoy Rachel Bloom in Crazy Ex-Girlfriend (The CW).

On why still prefers watching drama over comedy these days:

Some of these sitcoms sound like they were written by teenage boys in a locker room.