Christopher Knight made his screen debut in this curious Mannix episode

Uhura's earrings and Armenian dialogue are also reasons to see ''Coffin for a Clown.''

October 2, 2020, 2:57PM By MeTV Staff
On Now
Christopher Knight made his screen debut in Mannix
Up Next:
Share

There's a lot about "Coffin for a Clown" that makes it a must-see Mannix. For starters, there's that attention-grabbing title. (Not to be confused with The Mary Tyler Moore Show's "Chuckles Bites the Dust.") This early entry in the Mannix series — it was just the 10th episode — comes from the "Intertect" era of the show, when Mannix worked for an agency.

Let us count the other curiosities in this "Coffin for a Clown."

For starters, this episode was the first to reveal Mannix's Armenian heritage. The detective speaks Armenian, actually. Leading man Mike Connors, born Krekor Ohanian Jr., was Armenian himself. In fact, he does a scene in Armenian — without subtitles. 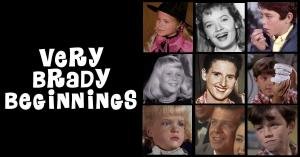 The episode also guest-stars Frank Campanella alongside his brother, first-season regular Joseph Campanella. But here's the thing — they don't play brothers in the story. Confusing!

Norman Fell (Mr. Roper of Three's Company) and Star Trek beauty Diana Muldaur also appear in this tale of a custody case gone wrong. You might remember "Doctor" Muldaur from both Star Trek: The Original Series (as Dr. Ann Mulhall and Dr. Miranda Jones) and Star Trek: The Next Generation (Dr. Pulaski).

Speaking of Muldaur and Star Trek, there is another fascinating link between these two franchises. Look at Muldaur's earrings in this episode. Do they earring a bell? 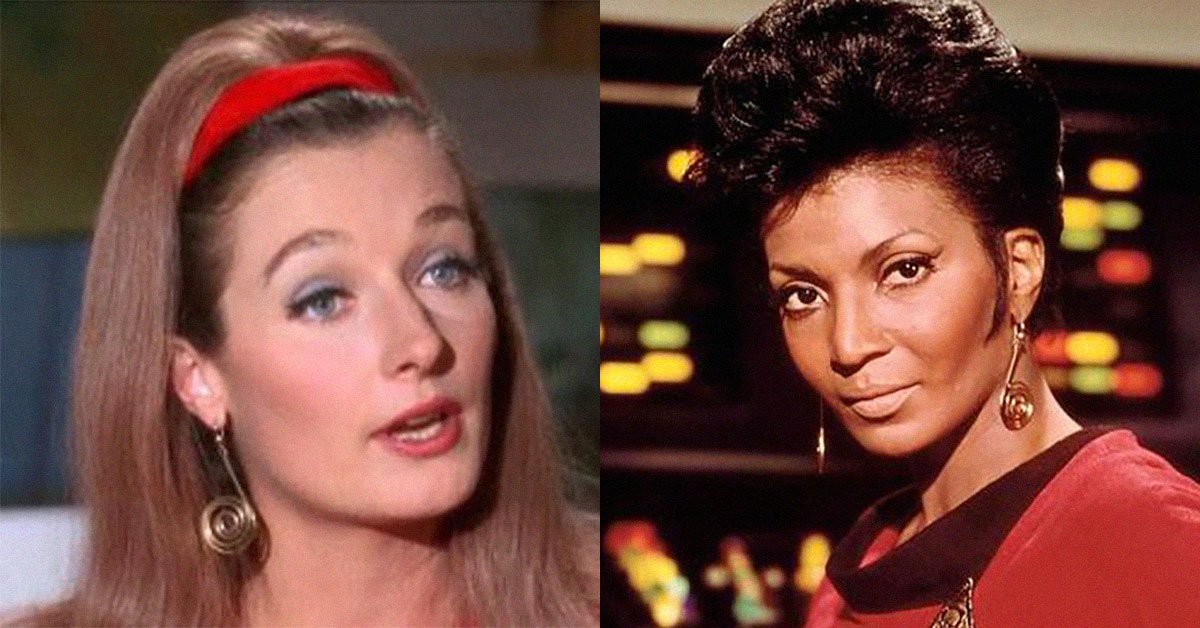 Looks like Muldaur borrowed some jewelry from the Trek set.

Her character is wearing Uhura's fashionable spiral earrings!! They do look great with red.

Let's see, what else… this episode also serves up the awesome dune-buggy chase that is repeatedly shown in the opening credits in subsequent seasons.

Oh, right, and the subject of this post — Christopher Knight! The future Peter Brady made his screen debut in this episode! He plays with a set of fake teeth.

How could you miss out on any of that? 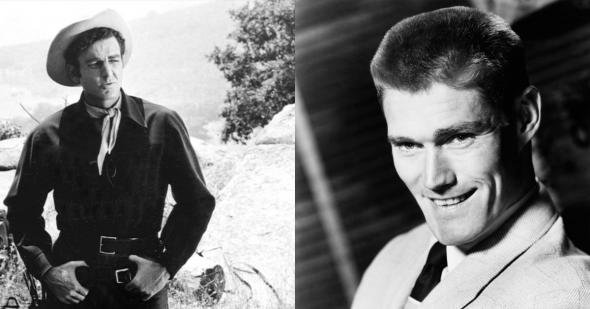 Trivia
Can you tell the difference between Chuck Connors and Mike Connors? 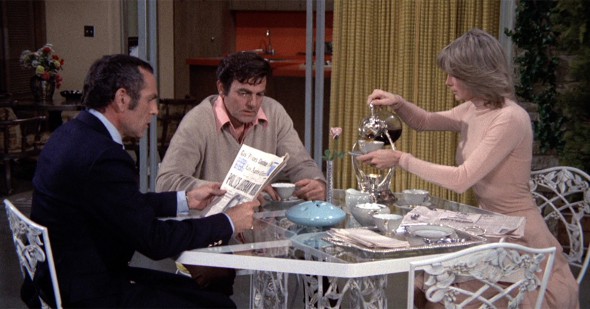 Mannix spent a whole bunch of time in the Brady Bunch house
Are you sure you want to delete this comment?
Close

Delmo 6 months ago
If I were Mannix I would've punched Gabriel Dell's character after throwing away the letter I just handed to him.
Like Reply Delete

KimberlyMoses 7 months ago
Gabriel Dell plays the father in the episode...worth noting he was a Tony nominated actor, and changed his entire career from playing in the Dead End Kids/Bowery Boy movies to becoming a respected stage actor.

dalavad671 15 months ago
I am making a good salary from home $1200-$2500/week , which is amazing, under a year back I was jobless in a horrible economy. I thank God every day I was blessed with these instructions and now it's .... paydaykit,com
Like Reply Delete

Pacificsun 15 months ago
Great story, and excellent writing MeTV Staff! You've really got some talent going on lately.
Mannix is one of my favorite late, late night action series. Mike Connors is easy on the eyes. The first season was best, his working for Joe Campanella and Intertect, because he was always aggravating him! And they weren't throwing women at Mannix, unless they were purposeful to the storyline. Plots were intriging. The photography was outstanding. Those beginning Credits set a style for other Shows to follow!
Like (2) Reply Delete

MaryAnn 15 months ago
Christopher was just adorable! I always thought he was the cutest Brady boy.
Like (2) Reply Delete

stephaniestavropoulos 15 months ago
"Technically" Christopher's "screen debut" was not on Mannix. When he was 7 years old, he began landing commercials. He was born in 1957, the Mannix episode aired 10 years later, which, {according to my calculations,} means the commercials he did aired when he was 7/8, and around 8 or 9 {if the episode aired on or after Nov. 7, he would have been 10,} when he filmed the episode.
Like (1) Reply Delete

Pacificsun stephaniestavropoulos 15 months ago
He was cute in commercials!
Like Reply Delete

MrsPhilHarris 15 months ago
My husband had a '67 Dodge Dart. If I say "Mannix" he starts talking about the car.
Like (3) Reply Delete