Where To Watch Shop Store Contact
Home / Stories / Do you remember any (or all) of these 27 obscure 1970s TV show intros?
Nostalgia

Even if you don't know the shows, you'll have some theme songs stuck in your head. 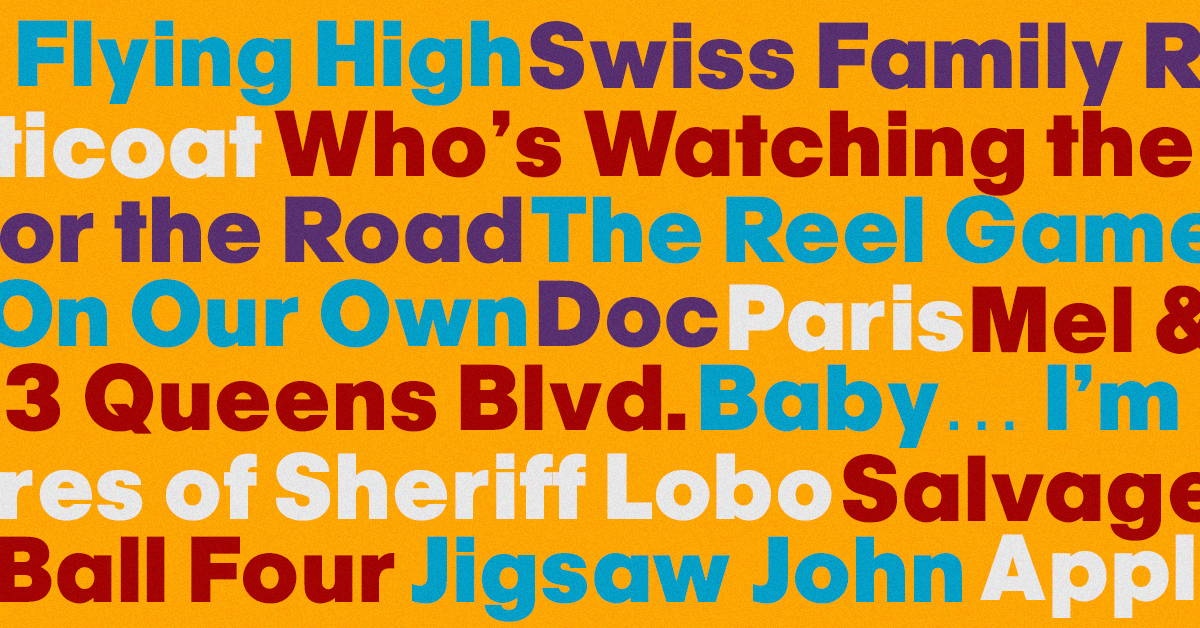 Sometimes it feels like the 1970s were called the 1970s because there were about one thousand nine hundred and seventy–something new TV shows released in that decade. There was a lot of new TV thrown at the screen. Some seasons in particular, especially circa 1977–78, premiered dozens of failed series. There were sitcoms, variety shows, dramas, adventures, game shows. If you can remember all of them… well, you were watching as much TV as we were. And we're just talking primetime.

Which is why we adore this YouTube clip that gathers 27 different obscure 1970s television intros. Yes, 27, and it's just the tip of the iceberg. The opening credits in this supercut include: Flying High, On Our Own, Who's Watching the Kids?, Baby… I'm Back!, 13 Queens Blvd., In the Beginning, Ball Four, Doc, Operation Petticoat, Mel & Susan Together, The Reel Game, Married: The First Year, Apple's Way, The Fitzpatricks, Three for the Road, Swiss Family Robinson, Born Free, Sierra, 240-Robert, Code R, Salvage 1, The Misadventures of Sheriff Lobo, O'Hara, Paris, Jigsaw John, The Manhunter, and The Andros Targets.

See Also: These 1970s TV shows may have been flops, but they had fantastic theme songs

We certainly don't agree with the uploader's description of "Bad '70s TV." Short-lived? Certainly. But many of these series were hidden little gems. Even if the shows were run-of-the-mill, many of them had catchy theme songs.