Where To Watch Shop Store Contact
Home / Stories / Don Knotts revived his iconic deputy character for a Christmas episode in 1993
Did you know?1990s 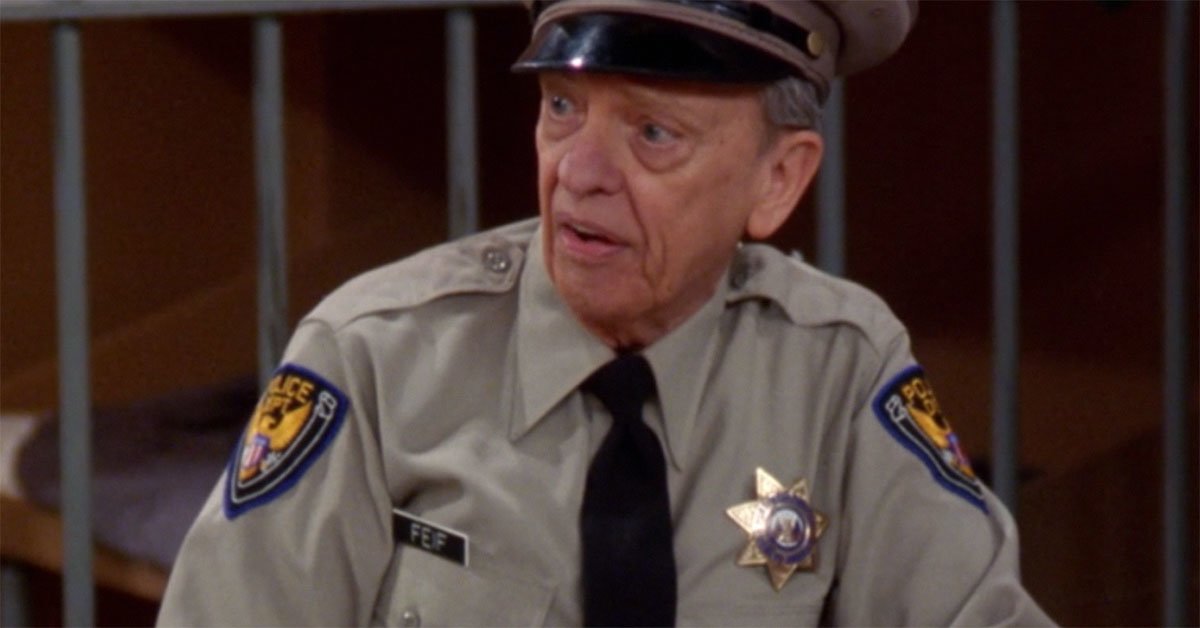 Spending the holiday in the slammer is an oddly recurring theme in sitcoms. Way back on Christmas Eve of 1956, an episode of The George Burns and Gracie Allen Show, "Christmas in Jail," had Burns behind bars. Jump forward to 1988. Marla Gibbs and Jackée Harry are dressed as Santa locked up in the 227 episode "The Night They Arrested Santa Claus." In between, you can find the police picking up Ann Marie in the That Girl episode "'Twas the Night Before Christmas, You're Under Arrest," and Dobie's dad in the clink in the Many Loves of Dobie Gillis episode "Deck the Halls." 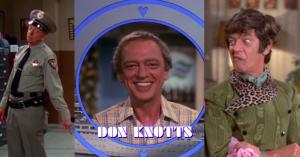 Of course, the most memorable and beloved holiday episode set inside a police station is "Christmas Story," the first-season gem from The Andy Griffith Show. The cranky and rich Ben Weaver demands to have a moonshiner locked up on Christmas. Andy grudgingly obliges and decides to round up the entire family so they may celebrate together in jail. Andy harmonized with his honey, Ellie Walker, in a soothing rendition of "Away in the Manger," which finally thaws the icy heart of ol' man Weaver. Of course, Barney Fife plays a key part in the plot.

Three decades later, Don Knotts paid homage to that heartwarming classic when he again played a deputy for another episode titled "Christmas Story." And it reunited him with another former costar.

Step by Step aired on Friday evenings as part of its family-friendly TGIF lineup, initially sandwiched between Family Matters and Perfect Strangers. The Wisconsin-set sitcom starred familiar TV faces Patrick Duffy (Dallas) and Suzanne Somers (Three's Company). As you might recalls, Knotts played Somers' landlord on Three's Company. That would explain why they seemed so cozy together on the couch at the end of "Christmas Story." 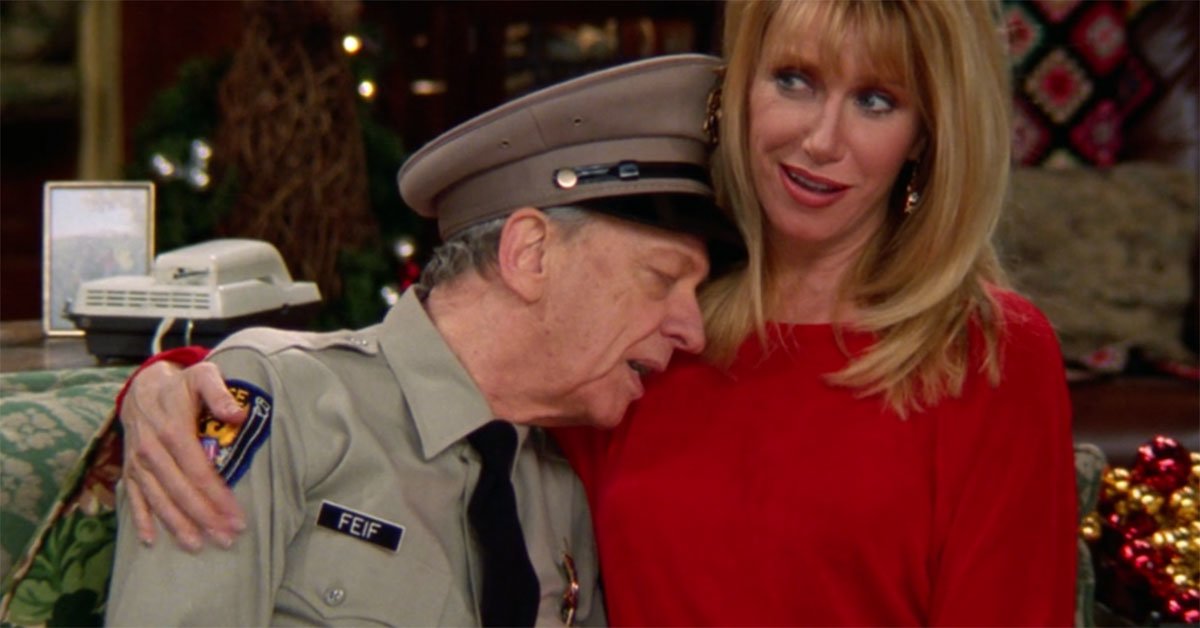 But, before Somers and Knotts can snuggle up, the two butt heads. "Deputy Feif" slaps the cuffs on Frank (Duffy) and Carol (Somers) when the two enter a store after hours on Christmas Eve to procure gifts for the kids. In the store scene, Knotts shows that his physical comedy chops have not diminished. He's still "The Shakiest Gun in the West." 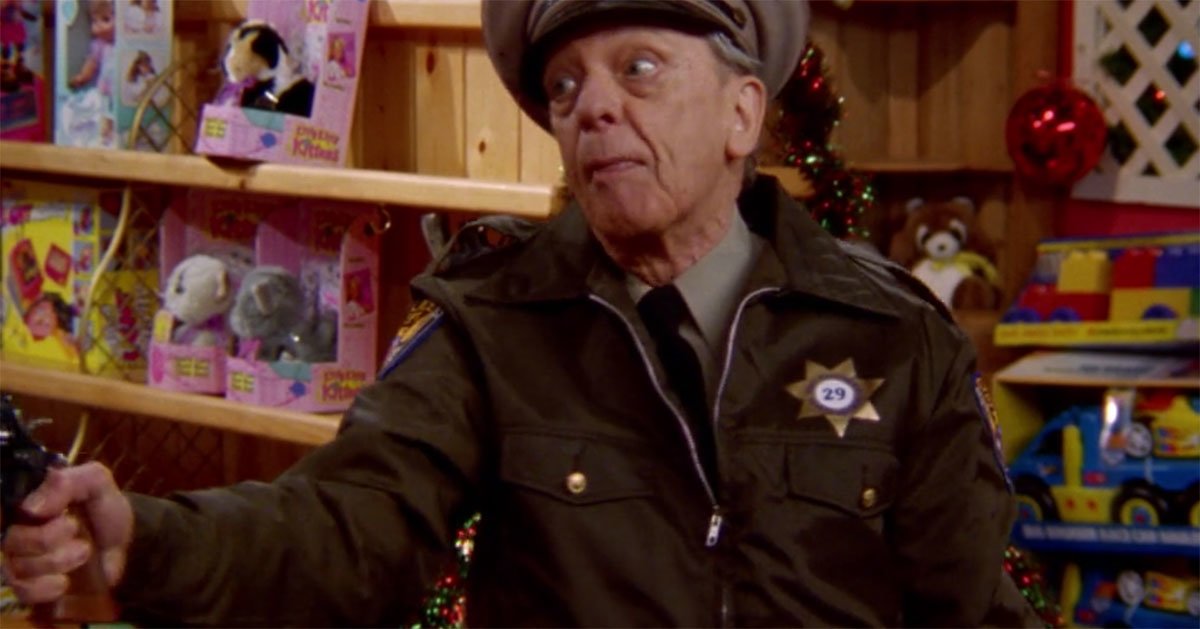 Deputy Feif drags the couple to jail and books them. Eventually. He's a rather slow typer. It's surreal to see "Barney" using a computer! 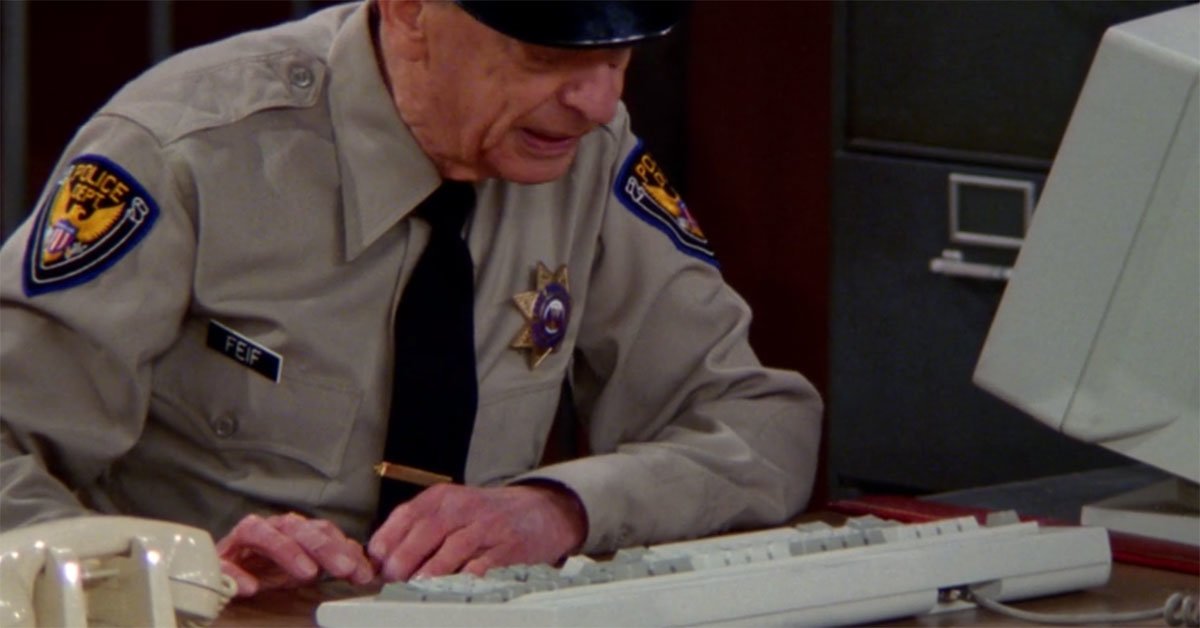 Despite the rearranged surname, this character is essentially that same deputy from Mayberry. He's a stickler for the rules ("Christmas is just another day on the beat") and demonstrates the same goofy charm.

It was one more chance to see Knotts play this character. He made just a few more TV appearances. In 2005, on That '70s Show, he somewhat reprised his Three's Company character, Mr. Furley, as "The Landlord" in "Stone Cold Crazy." It was impossible to get tired of watching Knotts perform his hits.

Jon 33 months ago
Knotts also made a short appearance on 8 SIMPLE RULES at the end of an episode where Paul (John Ritter's character) has had a dream where he imagines himself on the old 3'S COMPANY set. Knotts shows up at the end, in bed w/ Ritter if I remember right, and says something in character as Furley like "I always thought you were a bit fruity!".
Like (1) Reply Delete

UnicornPrincess 33 months ago
He also made a short appearance in an episode of The Joey Bishop Show as an unidentified deputy (but of course we all now it was Fife).
Like Reply Delete

DavidBartholomew 33 months ago
Don Knotts was NOT Suzanne Summers landlord on There's Company. Chrissy left well before the Ropers.
Like Reply Delete

MichaelDWilson DavidBartholomew 33 months ago
Actually, that’s not true. Chrissy was a character in seasons 1-5 and Ralph Furley was a character in seasons 4-8.
Examples:
Season 4 Episode 3- ""The New Landlord": Ralph Furley, the new landlord, gets off on the wrong foot with the trio when he secretly introduces himself to Janet and Chrissy at the Regal Beagle, who mistakenly think he's making a rude play on them. The situation only worsens when the trio accidentally sells his furniture, thinking it was the Ropers' old furniture. Mr. Furley then gives the trio 24 hours to get out, until he meets (and falls for) Lana, who convinces him to let Jack and the girls stay.

Etc, etc, etc up through the rest of the season (25 episodes total).
The last full appearance by Chrissy was in Season 5 episode 3- "A Hundred Dollars a What?" and it wasn't until Season 5 episode 7 "Chrissy's Cousin" that she was replaced by Jenilee Harrison.