Ever wonder what the opening credits would have been like with vocals? Now you can sing along, too!

Just because a TV theme song is instrumental, that does not mean it lacks lyrics. "Suicide Is Painless," the melancholic melody heard at the opening of M*A*S*H, had lyrics. Andy Griffith recorded a version of his sitcom's unforgettable theme song with lyrics, known as "The Fishin' Hole." Shucks, even Gene Roddenberry scribbled down some lyrics for the Star Trek theme. For whatever reasons, none of them were sung in the opening credits.

The Dick Van Dyke Show is another such series. Earle Hagen, the musical mind behind The Andy Griffith Show theme, composed the music for the Dick Van Dyke and Mary Tyler Moore comedy. Years later, Van Dyke revealed that his costar Morey Amsterdam, who portrayed Buddy Sorrell, had originally written lyrics for the tune.

Van Dyke has been known to sing the lyrics from time to time. He even sat down and did so for us.

To kick off a new video series, we wanted to record our own version of what the theme song might have sounded like with vocals. We even added subtitles and a bouncing ball so you can sing along.

Take a listen up top and check out the full lyrics below:

So you think that you've got troubles?
Well, trouble's a bubble,
So tell old Mr. Trouble to "Get lost!"

Why not hold your head up high and,
Stop cryin', start tryin',
And don't forget to keep your fingers crossed!

A smile is just a frown that's turned upside down,
So smile, and that frown will defrost
And don't forget to keep your fingers crossed! 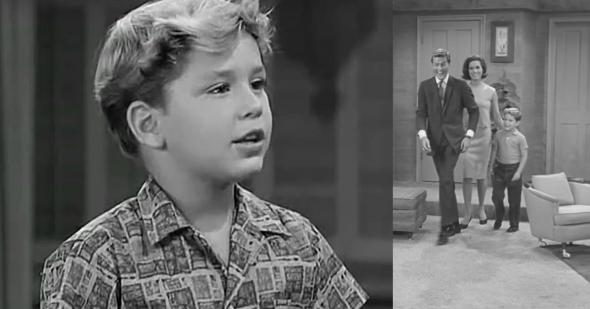 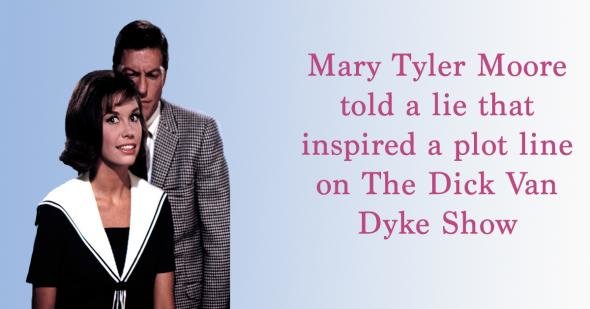 Did you know?1960s
Mary Tyler Moore told a lie that inspired a plot line on the Dick Van Dyke Show
Are you sure you want to delete this comment?
Close

Runeshaper 4 months ago
Those are some cute lyrics! Great show :)
Like Reply Delete

BarbaraLassiter 6 months ago
I essentially started about a month and a 1/2 agone and i have gotten a couple of test for a whole of $2,200...this is the bestcall I made amidst pretty some time! "grateful to you for giving Maine this incredible possibility to profit from home. This similarly cash has changed my existence in such an excellent measure of courses, to the point that, bypass on you!".......GOOD LUCK Click this Below connect

JDnHuntsvilleAL BarbaraLassiter 6 months ago
You're a liar.
Like Reply Delete

VenturaCapitalist 6 months ago
The MASH theme was written by Johnny Mandel, who also wrote The Shadow Of Your Smile and the waltz Emily from the movie The Americanization of Emily with James Garner and Julie Andrews.

MaryMitch 6 months ago
I kinda doubt the lyrics were written before the show aired. That happened a lot. Norman Lear said that Carroll O'Connor wanted to write lyrics for the end music for "All In The Family" - "Remembering You". He said that O'Connor got a residual payment for that song in addition to his acting residual payment every time an episode aired.
Like Reply Delete

csaaphill 6 months ago
I still want to see My favorite martian from beginning to end in all their episodes. And Saturday morning cartoons not all westerns all day.
I see dino running across the screen and some of the Flinstones pics, so are they getting ready to have some of their cartoons then? FI so Jetsons, as well, and George of the Jungle, Bullwinkle and Rocky, Underdog and more though would be my pics. Wally gator, peter potamus and so so or whatever it was called, clue club the phunky phantom, etc... would be nice too.
Like Reply Delete

daDoctah 6 months ago
A while back I started a collection of lyrics for TV theme songs that people think of as instrumentals. Started with "Leave it to Beaver" (the theme is called "The Toy Parade"), "Hogan's Heroes" and "Bonanza" (the casts of both shows sang them on albums back when the series were running).

A couple of real surprises awaited me when I discovered that the "Tonight Show with Johnny Carson" theme came from an existing Paul Anka tune called "It's Really Love", and that there are even lyrics to the "Peter Gunn" theme!

JudithReboy 6 months ago
Mr. Van Dyke and his group, The Vantastixs, did a lovely rendition at the TV Land Awards some years back. They also recorded it on their 2008 CD, "Put on a Happy Face". It would have served this living legend much better than what it seems was an unrehearsed "off the cuff" performance.
Like Reply Delete

SteveThames 6 months ago
Sb a poll of top tv themes

Watch out for that ottoman😀

Anyone seen the fall schedule?

ETristanBooth 6 months ago
I've heard DVD sing this many times, and the voice above doesn't really sound like him.
Like Reply Delete

Tuckerpete 6 months ago
Having a better theme song singer would have been a good start.
Like Reply Delete