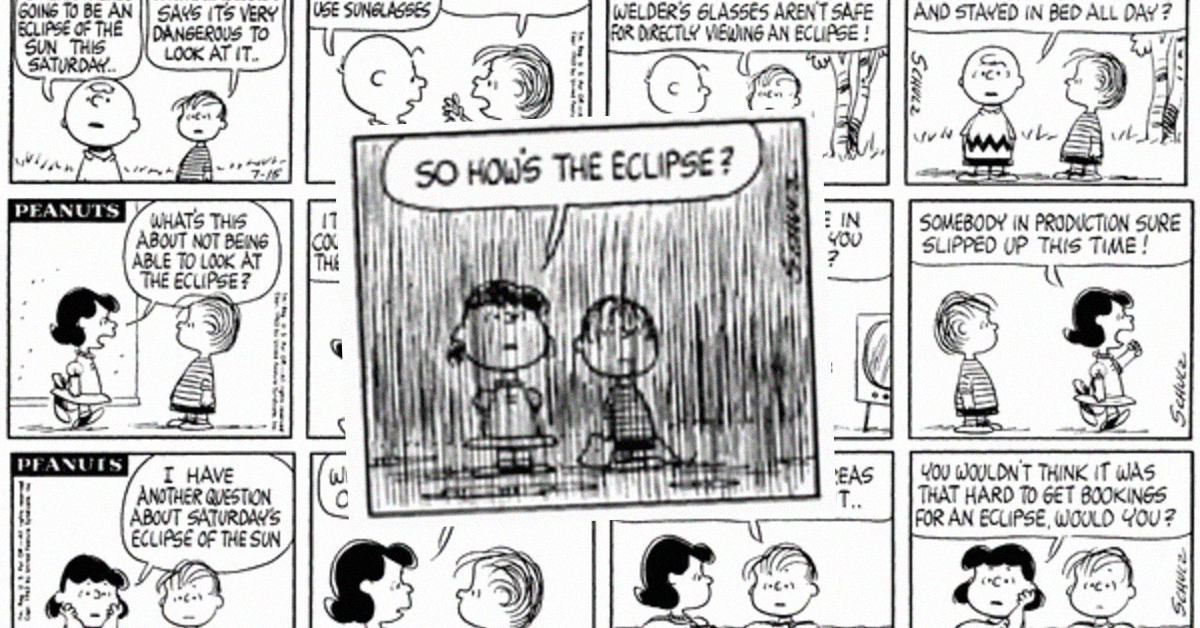 On February 26, 1979, the dark shadow of the moon passed over states in the upper northwest, tracing across Washington, Idaho, Montana and North Dakota. Walter Cronkite reported on the event for CBS. The total solar eclipse of March 7, 1970, played into the plot of The Mary Tyle Moore Show episode "Today I am a Ma'am."

The total solar eclipse of July 20, 1963, might have had a bigger cultural impact. This eclipse turned up in novels by Stephen King and John Updike. There was a memorable Mad Men episode called "Seven Twenty Three," in which Don Draper watches this eclipse — or, well, Sally's teacher — with his kid. However, nobody covered the '63 eclipse like Charles Schulz.

Yes, his beloved Peanuts comic strip devoted an entire week to the cosmological spectacular. The storyline was charming, as always, but also educational for kids of the day. Linus, the resident smarty pants, explained the proper techniques for and inherent dangers in watching a total solar eclipse.

Charlie Brown explains his plan of viewing the eclipse through sunglasses. "Don't do it! Don't do it!" Linus warns. "Even welder's glasses aren't safe."

"But what's the sense in having an eclipse if you can't look at it," Lucy protests the next day.

On July 19, Linus demonstrated how to contruct a viewing device with two pieces of white cardboard and a pinhole.

Of course, in the end, it rains.