M*A*S*H brought in a real shaman for one episode. Soon after, Seventies audiences got over the trend after The Exorcist II debuted as the worst film ever. 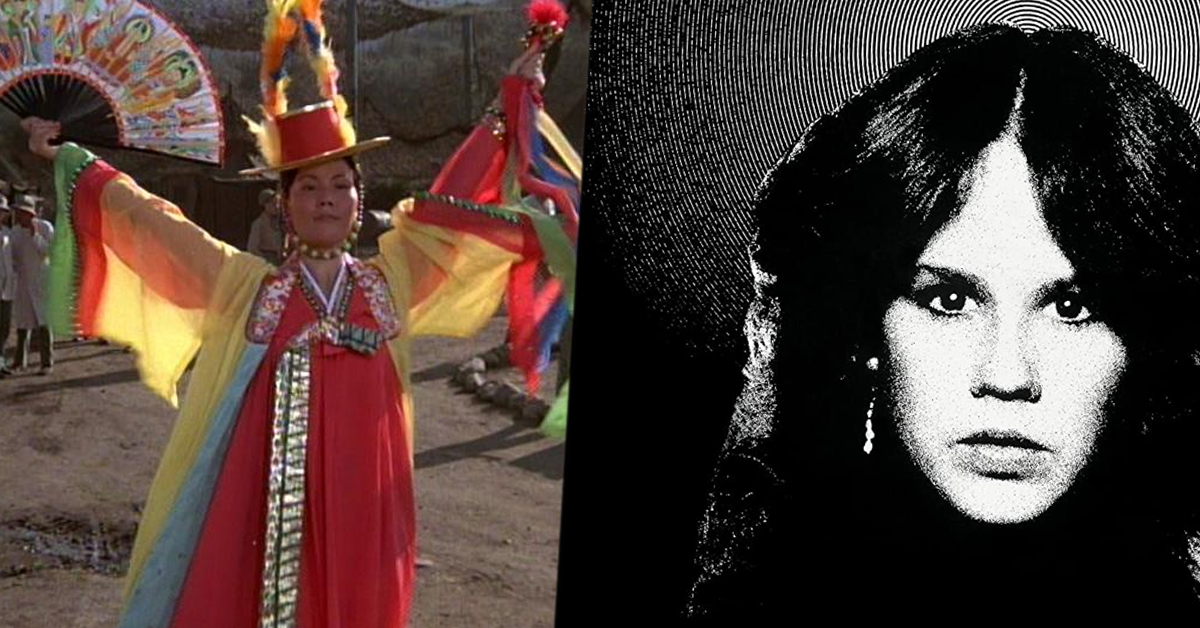 Spinning in a colorful, gauzy gown, with long feathers adorning her bright orange hat and bells jingling chaotically from sticks she clasps as part of her ritual dance, the shaman’s entrance in the 1976 M*A*S*H episode "Exorcism" is certainly memorable.

For TV audiences who surely were aware of the hit 1973 movie The Exorcist, this colorful shaman on M*A*S*H formed a stark contrast to the black garbs worn by Catholic priests in the Oscar-nominated Best Picture.

But the "exorcist" we watched on M*A*S*H was arguably more authentic.

It’s often noted that the woman who performs as the shaman on M*A*S*H was never credited for the role, and it’s likely that’s because she was a real shaman who the show found living in Southern California and who it’s said wore her authentic dress and performed her authentic dance on the show.

On M*A*S*H, the exorcism is supposed to show a contrast between camp doctors, who do not believe in the supernatural, and their patient, whose ailing condition they cannot solve without the help of a shaman.

Lucky for M*A*S*H, this episode aired in 1976, the year before the highly-anticipated sequel to The Exorcist premiered in 1977.

Where The Exorcist was dubbed an instant horror classic, critics attending the premiere of The Exorcist II: The Heretic boasted that they were the first people to laugh before the whole theater started laughing, the joke being how terrible the movie was. 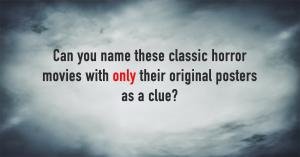 did you know
Can you name these classic horror movies with only their original posters as a clue?

Star Linda Blair, who famously played Regan, called the sequel "one of the big disappointments of my career" and since then The Exorcist II has become nearly universally panned.

Noted critic Gene Siskel, writing for the Chicago Tribune, gave it zero stars and claimed it was "the worst major motion picture I’ve seen in almost eight years on the job."

The movie today is considered by many to be the worst movie ever made, and that’s probably why the decision was made when, after more than a decade, Hollywood returned to exorcisms to cautiously produce The Exorcist III, that movie chose to completely ignore everything that happened in the second movie.

According to the book Horror Films of the 1970s, where The Exorcist had revved up interest in "satanic cinema," the sequel did its best to "dim such interest," and it’s likely there would’ve been less interest in doing an exorcism episode of M*A*S*H if they didn’t air the episode just before The Exorcist II killed off the film trend.

Perhaps the biggest laugh after viewing The Exorcist II came from the director of the original Exorcist movie William Friedkin, who reported in an interview that he once heard a story where the audience got so angry while screening the sequel, they got up within the first 10 minutes of the movie to chase Warner Bros. executives down the street.

Friedkin himself couldn’t even get through his attempt to watch the sequel, saying, "I looked at half an hour of it and I thought it was as bad as seeing a traffic accident in the street. It was horrible." 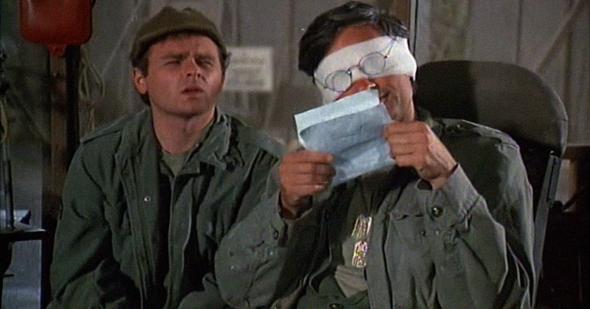 Did you know?
M*A*S*H writers walked blindfolded in L.A. traffic to get this episode right 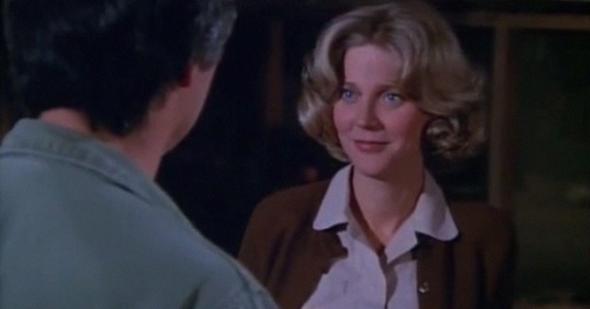 Blythe Danner rejected fame, becoming one of the Seventies' most elusive celebrities 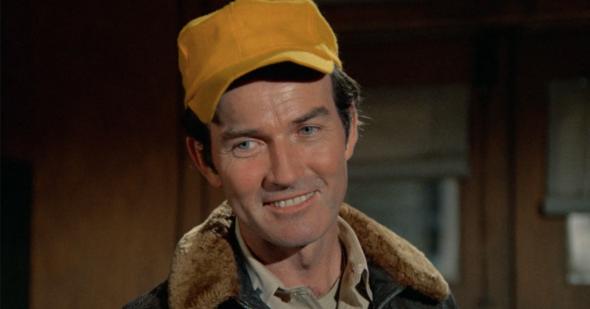 Did you know?
The hotshot helicopter pilot on M*A*S*H was the namesake for another classic TV show
Are you sure you want to delete this comment?
Close

EricFuller 1 month ago
Usurped by a movie set in a galaxy far, far, away.
Like Reply Delete

CoreyC 13 months ago
M*A*S*H's exorcism is getting rid of spirits while The Exorcism is demonic possession.
Like Reply Delete

OldTVfanatic 13 months ago
One word of advice: never mention The Exorcist II to John Boorman’s face. It wasn’t his fault the script stunk to high Heaven.
Like Reply Delete

Zip 13 months ago
The Exorcist was kinda creepy, but the 2nd movie sounds like a comedy, unintentionally. Never saw that one.
Like Reply Delete

harlow1313 13 months ago
I wonder how "The Exorcist II" compares to Tommy Wiseau's "The Room."
Like Reply Delete

MrsPhilHarris 13 months ago
I am always slightly surprised people actually believe the first movie that someone could turn their head all the way around and levitate. 🤔
Like Reply Delete
Load previous comments

Zip MrsPhilHarris 13 months ago
You could be right. However it is giving bigger credibility from the fact that hospital personnel and police were involved and witnessed it. Apparently some were even skeptics before.
Besides, the greatest trick the devil ever pulled was convincing the world he didn't exist.
Like (1) Reply Delete

MrsPhilHarris Zip 13 months ago
While I can appreciate your belief, it is just too overboard in my opinion. It was noted the police chief was a believer in all things paranormal so was easily spooked. The owner of the house said the mother was behind in her rent and used the hauntings as an excuse not to pay. The next tenant had no problems. The children didn’t attend school regularly. Most of the so-called witnesses are not named. Various medical personnel said they didn’t believe the children and saw nothing to support it, and in fact felt the mother pushed the children to participate in the whole thing. One of the kids would growl when he didn’t want to do something. The mother signed a deal to turn the story into a movie. There are zero pictures or video to support anyone levitating or getting tossed against a wall or anything else. I just don’t buy it.
Like Reply Delete

KJExpress MrsPhilHarris 13 months ago
I had always assumed that the "Tubular Bells" music was written specifically for "The Exorcist" because it seems perfect for it, but that was not the case. Unfortunately, I can't disassociate it from the movie, so it will always sound kind of creepy to me. 😧
Like Reply Delete

MrsPhilHarris KJExpress 13 months ago
I have to agree with you there. It is hard not to think of The Exorcist. It is creepy as well. I’m sure Mrs. Moody would rather die than listen to it.
Like Reply Delete

Moriyah 13 months ago
Thank God Gomer never dressed like the lady in that colorful outfit on the left! I mean like, why would he want to wear something like that in the first place?
Like Reply Delete
Load previous comments

KJExpress Moriyah 13 months ago
It's very creative.
Like (1) Reply Delete

Moriyah KJExpress 13 months ago
Thank you! Did you know that I had a dream about it before I drew that on him?
Like Reply Delete

KJExpress Moriyah 13 months ago
Yes, I think you had mentioned that. I can't draw at all, unless it's stick figures, so you have a nice talent. 👩‍🎨
Like (1) Reply Delete

Moriyah KJExpress 13 months ago
Thank you! I mean like, a bikini is pretty easy to draw
Like Reply Delete