Where To Watch Shop Store Contact
Home / Stories / Marshal Matt Dillon once met his real-life counterpart
Did you know?Westerns

James Arness sat down with the actual marshal of Dodge City. 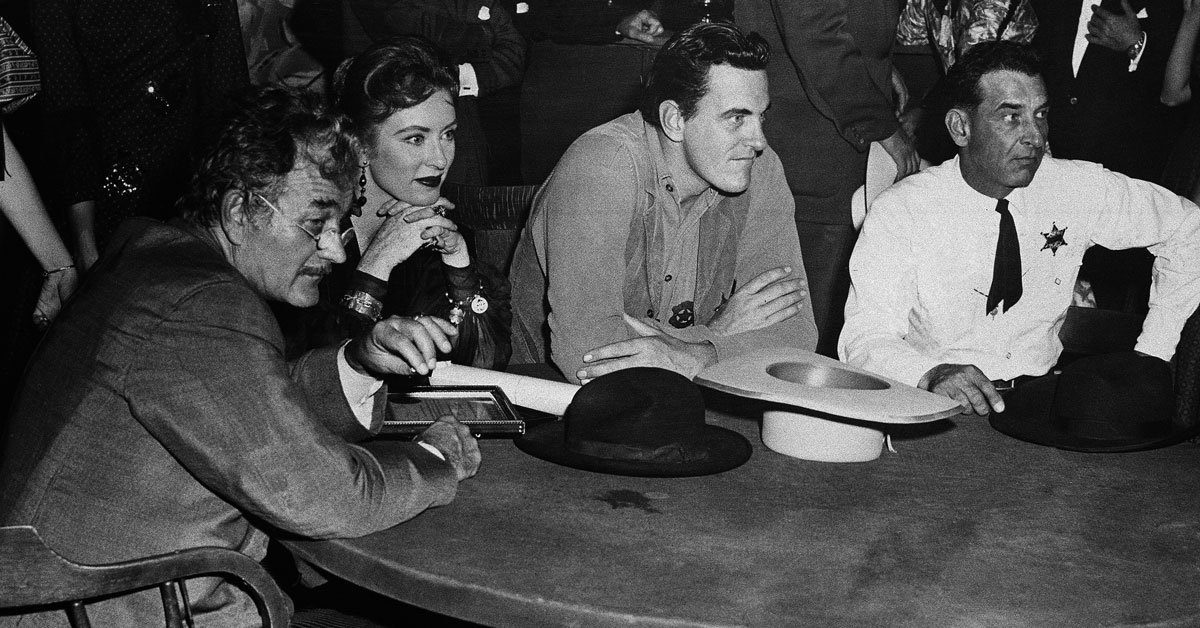 In southwest Kansas, in the path of the Great Western Cattle Trail, lies the historic locale known as Dodge City. To history buffs, it’s the raucous settlement frequented by notable figures like Wyatt Earp and Doc Holliday. For millions of TV fans, it’s the setting of the long-running Western Gunsmoke.

The city is proud of its place both in American history and the hearts of television Western devotees. In many ways, they are one and the same.

You can drive down Wyatt Earp Boulevard or stroll along Gunsmoke Street. There are statues of Doc Holliday and James Arness, the actor famous for playing U.S. Marshal Matt Dillon on Gunsmoke.

They were on a promotional trip billed as "Return to the Santa Fe Trail" by Gunsmoke's network,  CBS. While on the trail, so to speak, they met the real marshal of Dodge City, Ramon House. A replica of the old Long Branch Saloon, the lively establishment owned by Miss Kitty on the show, provided the perfect place for a photo opportunity of the marshal (the real one) and the three Gunsmoke leads.

It was in 1958 when a small, historic road named Walnut became known as Gunsmoke Street.

Today, visitors can stride down the cobblestone thoroughfare following the Dodge City Trail of Fame. Just like in Hollywood, plaques in the sidewalk commemorate both real historical figures, like Bat Masterson, and the actors who brought them to life. Like Gene Barry — who played Masterson on TV from 1958–61. 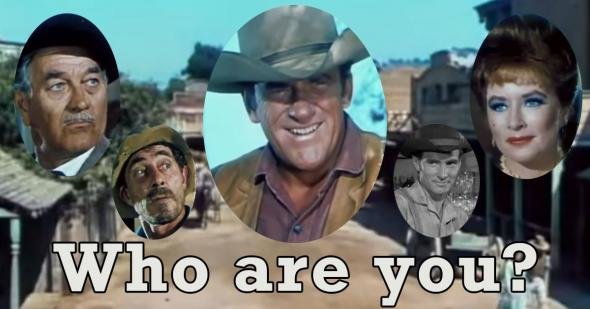 GeneKehoe 26 months ago
I'm Matt Dillon. That certainly took me by surprise!
Like Reply Delete

Diz 29 months ago
Have you ever seen a pre-Gunsmoke movie called "Miss Robin Crusoe" starring Amanda Blake? Visually captivating in every way.

PortelaJ 29 months ago
Just noticed on today’s episode “ Cooter” that Miss Kitty has her trademark mole underneath her right eye where it wasn’t there in previous episodes. That Miss Kitty is a looker.
Like Reply Delete

cperrynaples PortelaJ 29 months ago
Well, I saw 2 members of the Magnificent 7 today! Robert Vaughn at 1 and Charles Bronson at 1:30!
Like (1) Reply Delete

Jeffrey 29 months ago
It's interesting that the real Marshall of Dodge City Kansas, was a Hispanic man. Like Mexican, Puerto Rican, Cuban, or some other Spanish nationality.
Like (1) Reply Delete