Before he was Batman, he was a handsome Hawaii guy. 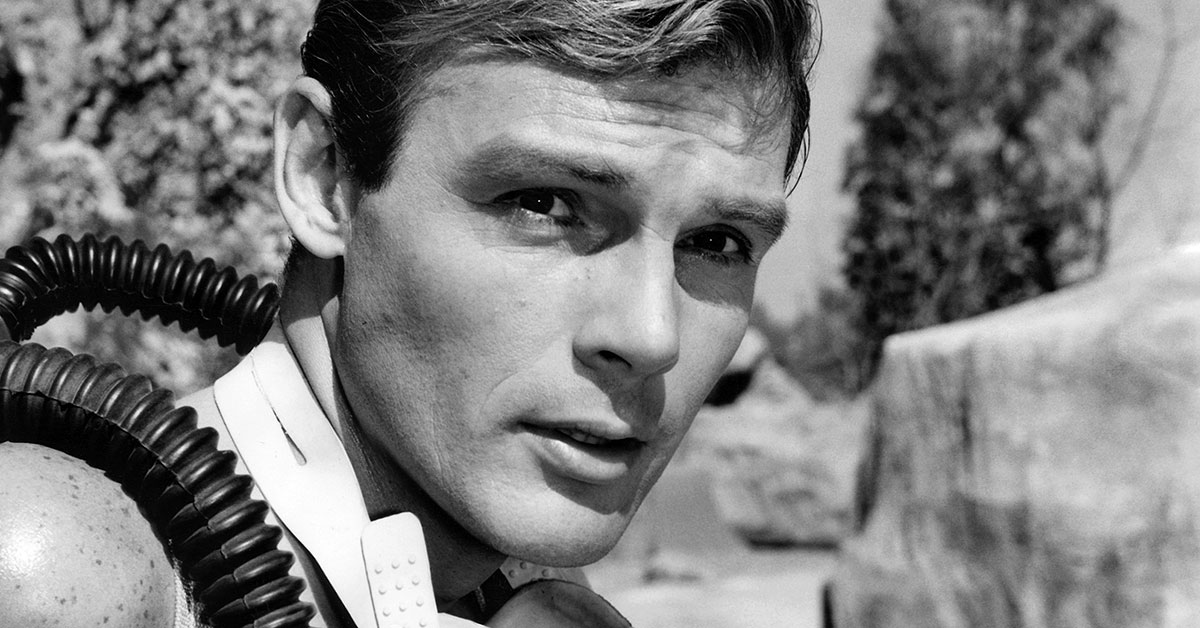 Before he played the ultimate comic book detective Batman, Adam West broke onto the scene as an altogether more realistic TV sleuth. In 1961, five years before the Caped Crusader swung his way into the Swingin' Sixties in the camp classic Batman, West joined the cast of The Detectives, a crime show in serious transition.

The Detectives was changing networks (ABC to NBC) and show length (30 minutes expanded to 60). To boot, the clean-cut young Mark Goddard (of future Lost in Space fame) jumped ship. Enter another rising star with a strong jawline — Adam West.

West had plenty of screen experience under his belt (metaphorical belt, not utility belt) but largely small guest roles on Westerns like Sugarfoot, Maverick and Lawman. His gig as Det. Sgt. Steve Nelson on The Detectives offered the Walla Walla, Washington native his first major lead role. Around the same time, he made memorable appearances on Bonanza and The Rifleman.

To help promote this new face to American audiences, the publicity campaign ramped up. Which is how you got fun headlines in newspapers at the time like this:

We found that in The South Bend Tribune from January 13, 1962. The story was a little late to the game — West married his Polynesian bride back in 1957. In fact, the couple was close to divorce. They split in 1962. But journalists and publicists sure had fun with the boy from Walla Walla falling for a girl from Puka Puka.

"His name is Adam West. He was born and raised in Walla Walla, Wash. He's married to an honest-to-goodness princess from Puka Puka who encouraged him to leave journalism and turn to action," the columnist wrote.

Pukapuka — once called "Danger Island," which sounds like a 1960s TV show in itself — is a sparsely populated atoll in the Cook Islands in the South Pacific. In the 1920s, a writer from Cleveland named Robert Dean Frisbie sailed into Pukapuka and settled down. Frisbie fell in love with a local teenager named Ngatokorua-a-mataa. The would have five children, including Ngatokorua "Nga" Frisbie, future second wife of Adam West. The Frisbie family drifted north to Hawaii.

Let's jump back to 1961 (a big year in this story). Elaine Frisbie, Nga's sister, started the Puka Puka Otea, a Polynesian show at the Queen's Surf restaurant on Waikiki Beach. Next to the Aquarium.

Nga Frisbie was a dancer in Honolulu. In 1957, she married West, who was working "little theater" work in Hawaii. The papers described her as "the girl next door."

"With royal approval from the Princess, they returned to the States," the Tribune reported. This being a Hollywood piece from the early 1960s, it's possible the press was being a little generous with the whole "Princess" thing. To further sell the handsome actor as a man of action, the journalist pumped up West's adventure credentials. A favorite hobby of his was exploring underwater caves along the Pacific Coast. The photo at the top of the page is West in his scuba gear, ready to do just that.

His first week in Los Angeles, West landed a screen test with MGM and shortly found himself working as an actor. His career sped off like the Batmobile.

As we mentioned, West and Nga Frisbie divorced in 1962. He would marry again for the third and final time in 1970. 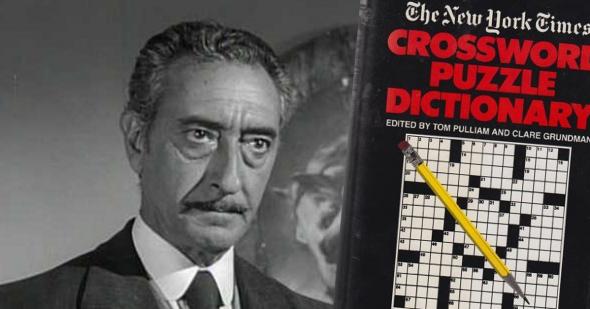 Did you know?
This Rifleman schoolmaster was a major mastermind behind New York Times crossword puzzles 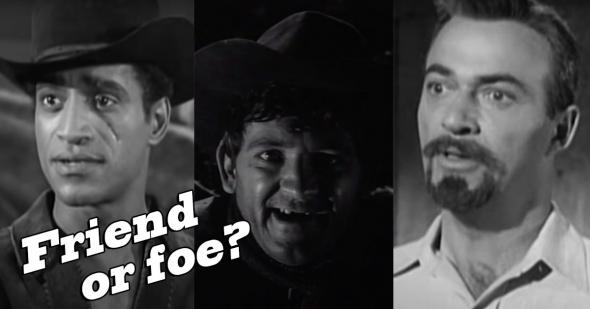 Westerns
Are these friends or enemies of Lucas McCain in The Rifleman? 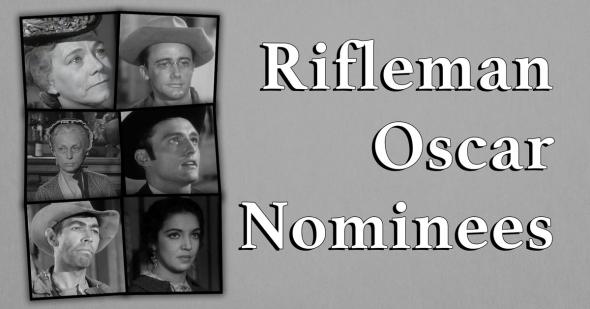 Did you know?
7 Oscar-nominated actors who guest starred on The Rifleman
Are you sure you want to delete this comment?
Close

mememememe66 17 days ago
I am always baffled by people who use this site as if it’s “ Messenger “ on Facebook.🙄
Like Reply Delete

Runeshaper 18 days ago
Now that is interesting!
Like Reply Delete

Andybandit 20 days ago
Adam West was a good looking man. Puka Puka was lucky to be married to him.
Like (2) Reply Delete

daDoctah 20 days ago
"Danger Island" wasn't exactly a TV series in the sixties, but it was a segment of "The Banana Splits Show" starting in 1968. Starring Frank Aletter, Jan-Michael Vincent ("Airwolf"), and Ronne Troup (daughter of the guy who wrote the song "Route 66").
Like (1) Reply Delete

Jeffrey daDoctah 20 days ago
Ronnie Troup is the daughter of actor Bobby Troup, one of the stars of EMERGENCY!
Like (1) Reply Delete

BenSchockley daDoctah 19 days ago
Danger Island was also a season of Archer.
Like (1) Reply Delete

justjeff 20 days ago
I found this on a site called Panethos...

...and I think that Dum Dum (in India) is where many of our public officials come from...
Like (7) Reply Delete

Zip justjeff 20 days ago
On a slightly similar but slightly different name game, when I used to work at a big insurance company I used to look over applications we would get from some place called "Dededo" in Guam.
Every time I would get one of those I would sing The Police's "De Do Do Do, De Da Da Da" in my head.
Like (5) Reply Delete 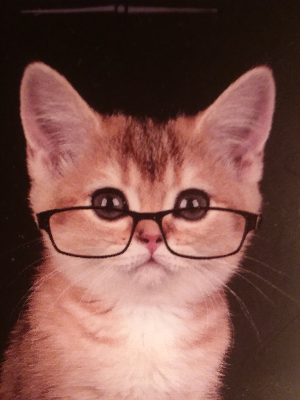 KJExpress Zip 19 days ago
That sort of thing happens to me a lot. Since I grew up listening to music that my mother would play, my "trigger" play list spans quite a few decades. 📻🎶
Like (1) Reply Delete

Michael 21 days ago
In 1811, the Tonquin arrived in the Sandwich Islands, having gone around the tip of South America. I guess they wanted supplies, but a few of the locals decided to ship, so there were Hawaiians in the Pacific Northwest in 1811. Astoria, Oregon, is considered the oldest city in the Northwest, celebrating their bicentennial ten years ago. Even though it was a trading fort in 1811. My great, great, great grandfather was there.
Like (1) Reply Delete

Peter_Falk_Fan 21 days ago
He married a girl from "Danger Island"? "Uh-oh, Chongo!" Batman is supposed to marry Catwoman.
Like (2) Reply Delete

denny 21 days ago
West went on to marry Marcelle Lear, ex-wife to John Lear, the airplane heir,
Like (1) Reply Delete

justjeff justjeff 21 days ago
...and I'm now up to six (of the 10) fonts finished for my next release package...
Like (2) Reply Delete

For a TrueType font what would you recommend for writing a story? About 13,000 words at 14pt font. I'm always debating and experimenting with that dilemma! Help!!!
Like Reply Delete

justjeff Pacificsun 20 days ago
Office Manager is my latest one! For your project, I've always had an affinity for Palatino.
Like Reply Delete

Jeffrey justjeff 20 days ago
What does JNL stand for? HUH?
Like Reply Delete

justjeff Jeffrey 19 days ago
My initials. They are an additonal "identifier" for my typographic work...
Like Reply Delete

Pacificsun 21 days ago
Wow! The Detective TV series has some hefty credentials!! I'll let everyone check this out: https://en.wikipedia.org/wiki/The_Detectives_(1959_TV_series)

So MeTV, why aren't we getting a look at *this* show, representing classic (retro) television? I don't think anyone would complain. Tell you what, I'll donate a timeslot. Time for Alfred Hitchcock to take a rest. Oh, okay. I'll even give up the Three Stooges. Or better yet, Monk.
Like (1) Reply Delete

Pacificsun MrsPhilHarris 20 days ago
Did you want me to add the word ... pulezze for you!
😉

MrsPhilHarris Pacificsun 20 days ago
Well I was responding to your suggestion, but if you think it will help convince the powers that be at METV sure! 😘
Like (1) Reply Delete

Jeffrey Pacificsun 20 days ago
Gilligan's Island should be removed from their line-up.
Like (2) Reply Delete

MrsPhilHarris Jeffrey 18 days ago
Is it still on? How many years has it been on I wonder?
Like Reply Delete