Home / Stories / Watch the TV Western scene that inspired the ''best episode'' of The Andy Griffith Show
did you know?1960sWesternsAunt Bee

Robert Emhardt played a "man in a hurry" on both shows.

August 28, 2019, 9:25AM By MeTV Staff
On Now
The Western scene that inspired a fan-favorite Andy Griffith Show episode
Up Next:
Share

Mayberry is hardly an eerie place, but in a particularly famous episode of The Andy Griffith Show, the premise veered the show unexpectedly into what felt more like The Twilight Zone territory.

For Tucker, played by memorable character actor Robert Emhardt, discovering himself in Mayberry meant finding himself in another time and place entirely.

In Andy and Don: The Making of a Friendship and a Classic American TV Show, series producer Aaron Ruben described Malcolm Tucker as “the typical, well-fed, no-nonsense, impatient, successful businessman,” and in the episode, Emhardt plays this insistent outsider masterfully. His twitching portrayal of Malcolm Tucker can’t wait until morning to solve his troubles. He needs his car fixed “now, today, this minute.”

So while most fans think of Mayberry as an idyllic town, for Tucker, its slow pace quickly drove him mad. It pushed him over the edge the moment when he realizes Wally and Gomer won’t repair his car immediately.

Desperate, he steals Gomer’s truck. That’s how driven the owner of Tucker Industries is to make it to his big meeting on time and how utterly lost he feels in the laze of Mayberry’s ways.

The car theft draws Sheriff Andy Taylor into a police chase on a Sunday (when we all know he’d much rather be peeling apples on his porch). It’s a lot of action for an episode of The Andy Griffith Show, and in some ways, it’s one of the few times the show more directly embraces the TV trend that it wriggled its premise from: Westerns.

Perhaps “Man in a Hurry” is written this way because the episode draws its title from a specific scene of a classic TV Western that’s often regarded as one of 1950s’ most successful series: Have Gun - Will Travel.

In the Have Gun ⁠- Will Travel episode “Silent Death, Secret Death,” Robert Emhardt also appeared, this time as Courtney Burgess (alias Sam Hodges), a troubled woman’s brother who assumes a new identity after going missing. Paladin is hired by his sister to find him at any cost.

On the Westnern, once Paladin tracks down Burgess, Emhardt’s character utters a powerful line, nervously eyeing Paladin while trying to cover up his secret identity: “A man in a hurry is bound to pick up a few enemies.”

Watch the scene at the top of this post.

It seems that The Andy Griffith Show writers were riveted by the scene. The next year, Emhardt would find himself cast in an episode of The Andy Griffith Show that snatched a fragment from his Have Gun ⁠- Will Travel line for its title and asked Emhardt to step into the shoes of another “Man in a Hurry,” this time a businessman named Malcolm Tucker. Who could guess that the few enemies he'd pick up would be all of Mayberry?

Lucky for Malcolm Tucker, though, once he’s caught fleeing on The Andy Griffith Show, Sheriff Andy’s in a good mood and doesn’t arrest him. Instead, he invites him to Sunday dinner.

By the end of the episode, not only have Gomer fixed up Tucker’s fancy ride before expected, but after Andy and Barney sing the poignant hymn “The Church in the Wildwood,” Tucker has nestled so deeply into Mayberry, he's been transported back in time to his own childhood. 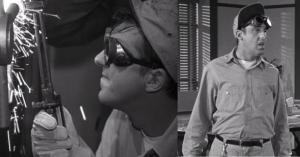 did you know?
The character of Gomer Pyle was inspired by this funny encounter with a real gas station attendant

In the show's final scene, Malcolm’s eyes glisten over. Instead of speeding out of town directly, he decides to stay right there, peeling the skin off an apple in one piece, just like Andy showed him, and dozing off on the Taylors’ porch.

In an interview with the Archive of American Television, Don Knotts recalled what was so powerful about the lesson at the heart of “Man in a Hurry” and at the root of the entire series: “I remember that by the time [Malcolm] had spent a little time, everybody got him slowed down. That was the way of Mayberry.”

In one of the episode’s funniest scenes, Deputy Barney Fife lounges on Andy’s porch, repeating his plans for the night to “go home, have a nap, then go to Thelma Lou's to watch a little TV.” As Barney leisurely ponders his evening, Malcolm Tucker paces restlessly, until at last he explodes, snapping at Barney, “Just do it!”

Barney’s only response to the unexpected outrage sums up the spirit of the episode: “Well, what’s the hurry?” In his interview, Knotts explained how strange Mayberry could feel to outsiders encountering it for the first time, saying, “It was a tiny little town of yesterday.” 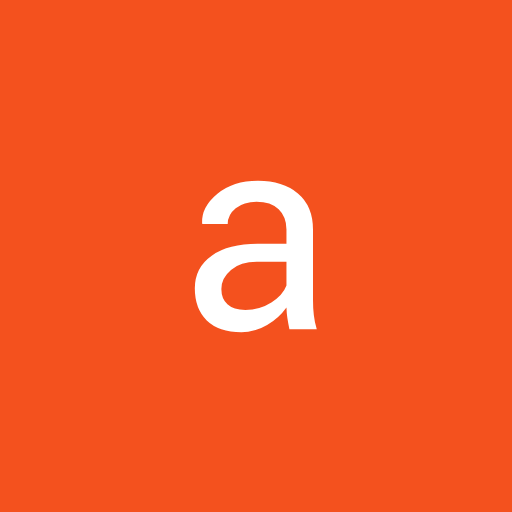 anthony 11 months ago
Great story.👍And "Man in a hurry" was indeed a really great episode of TAGS.
Like Reply Delete

MrsPhilHarris garykevinware 11 months ago
For me It's Three Wishes For Opie.
Like Reply Delete