You might be surprised to learn why the classic TV legend never said no to a good cause. 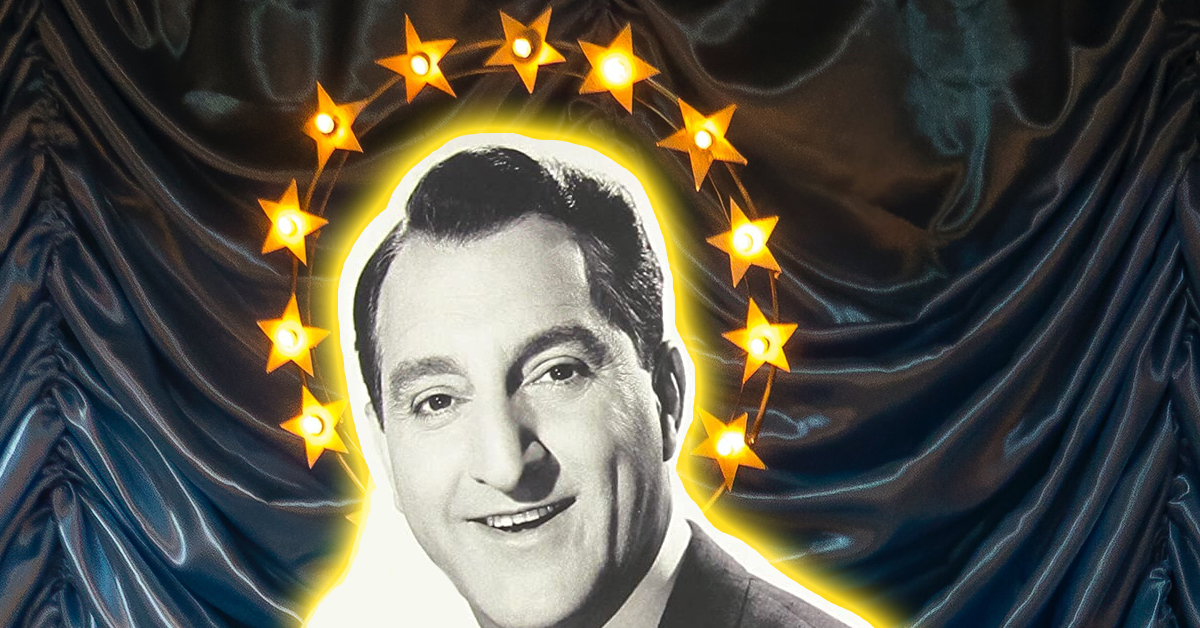 Many classic TV shows touched on how important charity was.

Some TV characters gave too little. On The Andy Griffith Show, "Opie’s Charity" finds Sheriff Andy’s son being miserly with his donations.

Other TV characters gave everything they had. On The Addams Family, "Morticia’s Favorite Charity" found the family donating their most precious family heirlooms. It was a charitable moment so memorable, this episode is one of the few referenced in the popular Nineties reboot movie.

But behind the scenes of classic TV shows, there was one figure in the Fifties and Sixties who never heard of a good cause he didn’t immediately want to support.

Danny Thomas told the United Press International in 1958 that he thought he might’ve worked with "almost every major organization and charity in the United States."

Because Thomas was so charitable with his free time, some people started seeing his charity work as just another big part of his act. They considered the TV star a phony only working with charities for the publicity. 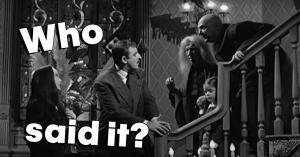 "I’ve been accused of using it as a gimmick, as a meaning of building a high rating on my show," Thomas explained.

The kerfuffle arose in 1957 when Thomas was promoting his show against the popular Twenty-One. He declared that it was more important for his show to get a better rating than the game show because "the building at St. Jude hospital is at stake!"

"A staunch Catholic friend of mine went into a tirade against Thomas," the syndicated column TV Keynotes wrote in papers across the country, under the headline Danny Thomas Charity Gimmick Is Assailed. "He resented sentimental Danny's use of St. Jude to get himself publicity and a good rating."

"Some unkind citizen once wrote that I was using St. Jude Hospital to further my career," Thomas complained weeks later in an interview with Newsday. "Ridiculous. Without my career, there would never have been a St. Jude Hospital."

What those doubters didn’t know was that Thomas, who was deeply spiritual as a devout Catholic, had experienced a pivotal moment in his life where afterward, it made sense to him to give back.

It happened during one of the lowest moments in Thomas’ career. He’d been fundraising to keep his entertainment career going, but he couldn’t make ends meet.

One night he prayed to Saint Jude, the patron saint of the hopeless, and he asked for a sign. Later that same day, when he arrived home, a couple telegrams sat waiting. As he opened one after another, he discovered he had not one but two job opportunities.

It was the sign he needed to keep going with show business, and after that, things never got hopeless again for the rising TV star.

His wife Rosemarie told the UPI that she suspected her husband had a guilty complex, wanting to share his wealth with those in need, serving as a saint for the hopeless himself by fundraising and rarely turning away pleas for help from a good cause. She could see this work was wearing her husband out.

By the end of the 1950s, Thomas was worried that all the charity work was taking a toll on him, too. At this point, the cause he’d thrown himself behind the most was building a children’s hospital in Tennessee.

Fittingly, it was a Saint Jude Hospital, named for the saint who had inspired Thomas to act so long ago. Over six years, Thomas had raised $1,250,000 for the hospital, and all he needed was a final $500,000 to get construction started.

Thomas saw the hospital as urgent because it would provide free treatment to kids suffering from leukemia. He was trying to build a place where every kid from every background could heal, so he put out an album where half the profits would go to the hospital and the other half would go to other charities sponsoring the record’s production.

Over all his charity work, Thomas discovered he felt most compelled to help kids. He knew to do the most for them, he had to start cutting back on some of his other charity work, mostly because he knew there was a chance all those doubters who thought he was in it for publicity might start tuning him out.

"I’m limiting myself to children’s work," Thomas said. "If you aren’t careful, you spread yourself too thin. I don’t want the public to say, 'Oh, no, not Danny Thomas again,' every time they see me make an appeal for funds."

What those doubters should have realized is that Thomas’ charity work was a core part of who he was, and after becoming a star, that saintly nature he had about him never changed a day in his life, no matter how famous he got.

"The hospital is my way of saying ‘thank you’ for all that I have come to be," Thomas said. 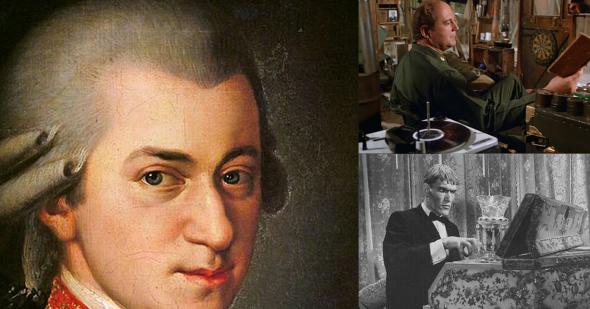 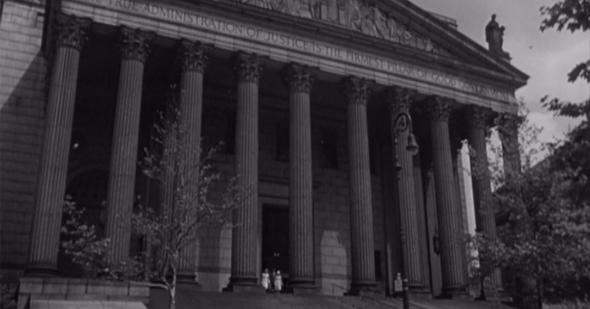 did you know
Do you recognize one of the most famous courts in film and TV history? 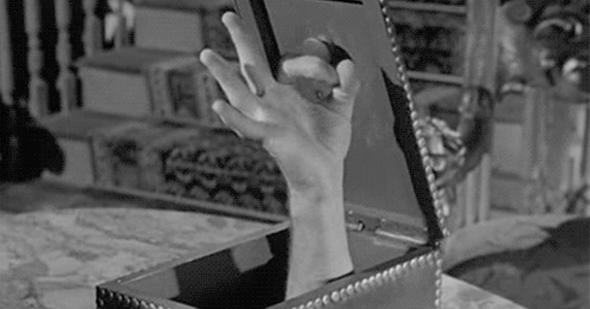 Nostalgia
What everyone gets wrong about Thing T. Thing
Are you sure you want to delete this comment?
Close

RobertM 3 days ago
My late parents donated money to the Saint Jude Hospital for many years--in fact, there was a check in the envelope, due to be sent out, when we heard the news of Danny Thomas' death.
Like Reply Delete

ElliotJames 5 days ago
Why dredge up this old garbage? He did great things for humanity.
Like (1) Reply Delete

tvnutt76 7 days ago
According to another version of the story, Marlo has just been born and the family was broke. He used the last money in his wallet to light a candle to St. Jude asking for guidance in his career and help to pay the hospital bill. Then he started getting work. Now some say he always remained down to Earth but that the wealth went to his wife and children's heads.
Like (2) Reply Delete

MikefromJersey 8 days ago
Many considered Danny the greatest nightclub entertainer of all time. They filmed one gig
at a Vegas hotel for The Danny Thomas Show, though maintaining the fiction he was "Danny
Williams". The biggest stars of Hollywood flocked to his performances.
He was on That Girl a few times, the writers sneaking in a in joke here and there for
the savvy viewer. In one episode both he and his son showed up to interact with Marlo.

Pacificsun MikefromJersey 7 days ago
The Make Room for Daddy sitcom was very popular in the day. Regardless of his real life image or any controversy, viewers liked that the Show was family friendly, humorous, and wholesome.

Not much credit is given to Marlo these days for working just as hard on behalf of the children. Whatever's going on the reality is they are helping children to get well, and giving parents hope.
Like (3) Reply Delete

JHP MikefromJersey 3 days ago
"it may be a walnut" :)
Like Reply Delete

MikefromJersey JHP 3 days ago
"it may be a walnut" :)
JHP, When I was a little kid that episode of the Dick Van Dyke Show scared the hell out of me,
Laura and "Danny Williams" being from the planet Twilo and the gang losing their thumbs.
Like Reply Delete

in age I guess I am longer in the tooth

MichaelFields 8 days ago
I have to look at all the GREAT things St Jude has done, I mean without them thousands of children would have died, so if he did it for what ever reason, it has done more good then pretty much anything else (Even all those Amazon and Tesla owners) have done, sure they gave something but not like this
Like (5) Reply Delete 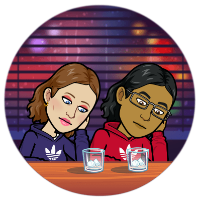 AmyandSandy 8 days ago
It is so easy to put someone down. But I ask, "What have you done to benefit mankind?" This world could use more people like Danny Thomas
Like (7) Reply Delete

RedSamRackham 8 days ago
* That St. Jude's Children's Hospital has led to great advances in cancer treatment saving many lives beyond the children treated there! ☺
Like (8) Reply Delete

JERRY6 8 days ago
No matter what good one does in life there will always be those that put them down and call them phony . They should look in the mirror
Like (5) Reply Delete

F5Twitster 8 days ago
“One night [Thomas] prayed to Saint Jude, the patron saint of the hopeless, and he asked for a sign. Later that same day, when he arrived home, a couple telegrams sat waiting. As he opened one after another, he discovered he had not one but two job opportunities.”

JHP F5Twitster 3 days ago
can I send you some alum foil for your hat?
Like (1) Reply Delete

sierra127 8 days ago
And his daughter. Carry It on. Apple don’t fall from the tree. Very nice. Man and family
Like (7) Reply Delete

Gregory 8 days ago
Wow. He's even better than I thought, and I already thought he was great.
Like (6) Reply Delete

MaryHelen 8 days ago
in my experience, no matter who, what, when, and where, there are always naysayers and doubters, who can't keep their big mouths shut.
Like (8) Reply Delete

OldTVfanatic MaryHelen 7 days ago
Those who hate the godly and noble really hate themselves.
Like (3) Reply Delete

MrsPhilHarris 9 days ago
St. Judes’s Hospital is an amazing legacy.
Like (10) Reply Delete

justjeff 9 days ago
Of the number of charities I've supported at various times, St. Jude was my late mother's favorite and mine as well. [Trivia: He was born about two and a half months before my was mother in 1912!]

Danny Thomas was a talented, big-hearted and wonderful performer.

Another take-away from his giving and his legacy is that Thomas was of Lebanese roots (he was (born Amos Muzyad Yaqoob Kairouz).

Because of the rough history of the past 20 years, so many people dump on people from the Middle East and Asia, forgetting that many have Christian and even Jewish roots (although one's religion should *never* be the sole definition of a person)... and so many have contributed to the arts, business, politics and society.

We need more Danny Thomases and less of the haters, racists, political phonies and power-hungry wannabes!
Like (12) Reply Delete

harlow1313 justjeff 9 days ago
People should be treated as individuals. Generalizations are used by the fearful and ignorant.

I don't wish to be lumped in with the world's stereotypical view of U.S. citizens. I simply wish to be treated as an individual.

Runeshaper 9 days ago
Danny Thomas was a good man. Perhaps the most important lesson I've learned from my father and grandfather, is how important it is to give to those who you love and those who need it. For him to give his time, effort, and money to all of those charities was truly wonderful (-:
Like (10) Reply Delete