Who was the best TV dog?

You can probably guess who is our number one. 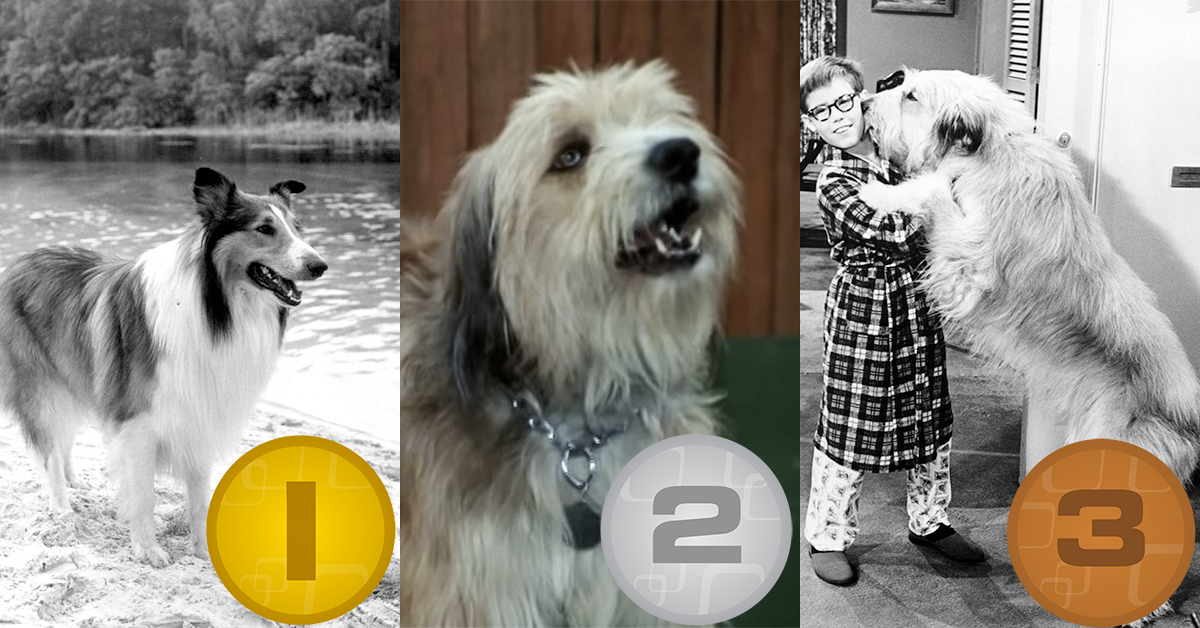 Dogs are an American household staple, the sort of picket-fence companion we expect to see on the lawn with mom, dad and kids.

For this round of Me Medals, we’re ranking the best live-action TV dogs (sorry, no cartoons) and letting you know what they mean to us. Be sure to vote for your favorite in the poll below. If the dog you love best isn’t in the poll, write them in the comments!

No other fictional dog is as iconic as Lassie, the beautiful, brave Rough Collie who was a staple of American television for 19 seasons. Lassie was the pet of Jeff Miller and his family until the fourth season, when Timmy Martin took over. Before she appeared on TV, Lassie was already a pop culture icon, having appeared in seven films from 1943 to 1951. Her move to TV was a flawless one — the show, the simple story of a boy and the dog who protects him, was beloved by critics and audiences, winning multiple Emmys and becoming one of the longest-running primetime series in TV history. Lassie is the best TV dog because she feels like our dog. She’s protective, caring and there for her family — the pet we always wanted, and got to experience through our television.

See Also: Me Medals: Who's your favorite sitcom child?

Tiger was only in the first two seasons of The Brady Bunch (read more about the sad reason why here), but he made a lasting impression. In his iconic first appearance in the show’s pilot, he chases Fluffy the cat through Mike and Carol’s wedding ceremony. Though Fluffy would only appear in that one episode, Tiger would remain the Brady family pet. Who could forget the episode when Tiger goes missing and the family bands together to find him?

Tramp was a dog whose presence was as reliable as his comforting family sitcom. My Three Sons was actually inspired by the film The Shaggy Dog, which also starred Fred MacMurray, so there was always going to be a dog! And boy are we glad there was. Tramp, a hairy sheepdog, was as much a part of the family as Steve and his boys, and we grew to love him just as much. Multiple episodes deal directly with the dog — he learns to cook and even becomes a doggy daddy!

rikkirat 16 months ago
Eddie from Frasier my all-time favorite TV dog... The pooch was an absolute charmer and scene stealer!
Like Reply Delete

Runeshaper 26 months ago
Still remember watching Lassie with my sis :)