"Hogan and his heroes also live on a island… a special kind of island." 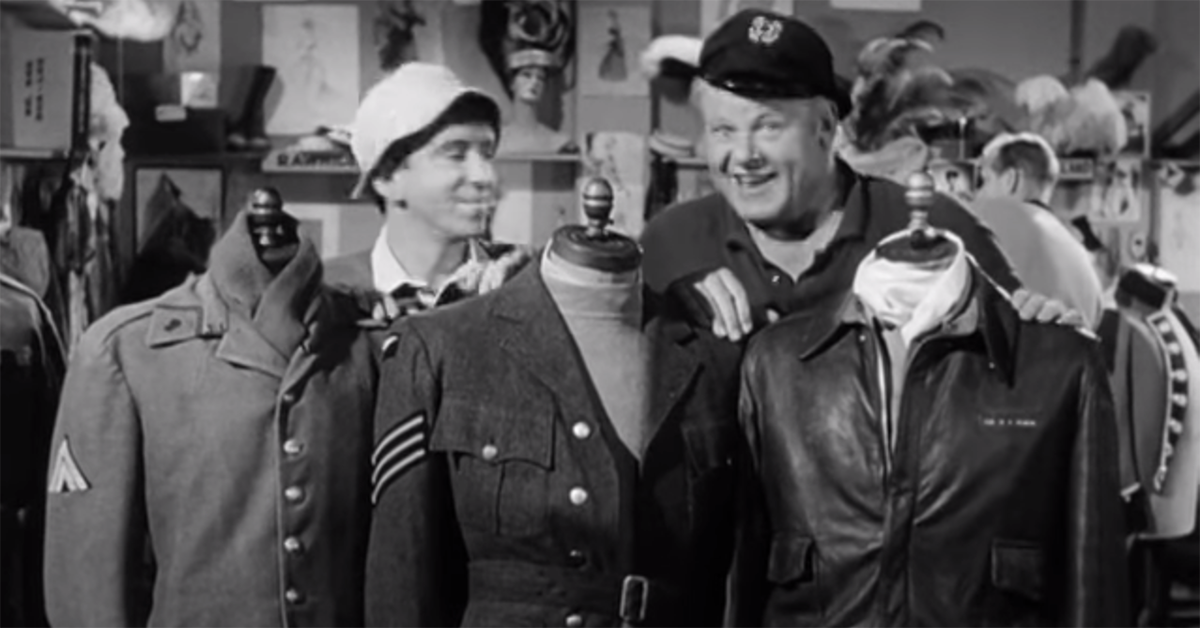 In 1965, CBS aired a preview of its upcoming season. Bob Denver and Alan Hale, Jr. are dressed in character as Gilligan and the Skipper. The two wander through the network's wardrobe department. Fred MacMurray from My Three Sons is there, too, getting fitting for a jacket. The Skipper and his little buddy come to a trio of mannequins that are sporting Allied uniforms from World War II. They begin to tell the audience about an upcoming show.

"Hogan and his heroes also live on an island, but it's a special kind of island, not at all like Gilligan's," the Skipper offers as an explanation of the concept. Well, that's certainly one way to describe a Nazi prison camp.

We then get to see a preview of the then-unseen sitcom, which was set to premiere "this fall on Friday nights," between "The Wild West [sic] and Gomer Pyle."

Gilligan notes, "It stars a funny guy named Bob Crane — getting laughs the last couple of seasons on The Donna Reed Show."

The clip is rich with references to MeTV shows. MacMurray even tries to explain the introduction of Ernie to his tailor. Take a look!