Do you remember Rooty, Oaf and Perky? 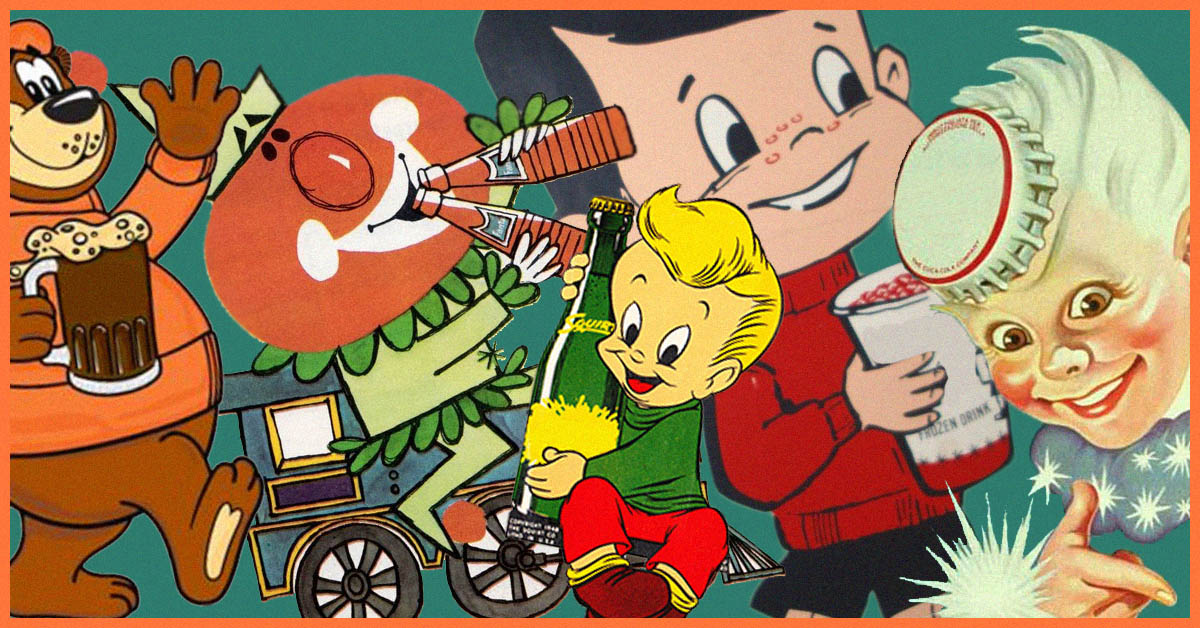 Midcentury advertising was the golden era of the cartoon mascot. There was no better way to sell a cereal, soda or candy than some adorable creature. (Well, they could be a bit creepy sometimes.) 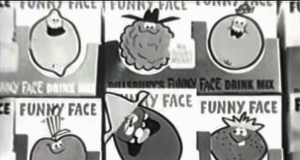 The likes of Tony the Tiger, the Jolly Green Giant and the Kool-Aid Man became pop culture icons.

However, for every Poppin' Fresh there are dozens of Frito Banditos — fleeting mascots that quickly went to that great grocery store in the sky.

Soft drinks were no different. These days, Coke and Pepsi hardly need cute creatures to sell their sugary colas. Back in the day, everyone seemingly had a mascot. Let's take a look at some. Which was your favorite? 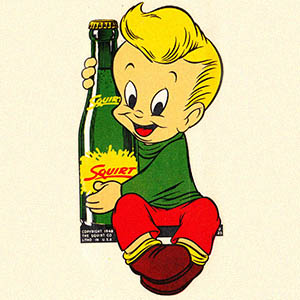 The citrus soda introduced the young blond boy in the 1940s. He looked a bit like Elmer Fudd's son. 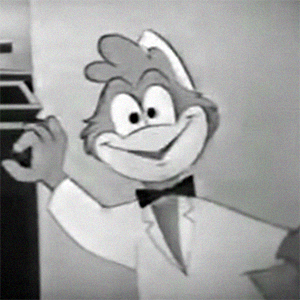 7-Up has gone through many slogans, mascots and celebrity spokesmen, from "Freshen Up" to Lynda Carter. In the 1950s, a hyperactive animated rooster named Fresh-Up Freddie pitched the lemon-lime drink on TV sets. Check out a vintage commercial. 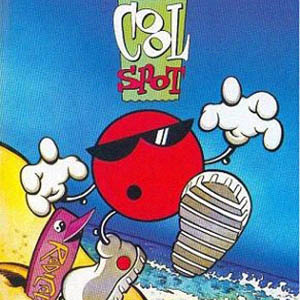 In the early 1990s, 7-Up brought its red circular logo to life with "Cool Spot." A sort of Spuds MacKenzie of punctuation marks, the shades-wearing Spot even landed his own video game. 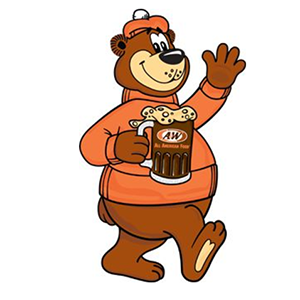 The A&W Restaurants chain revived its Great Root Bear in recent years. In fact, he even has an app that lets you burp the alphabet. 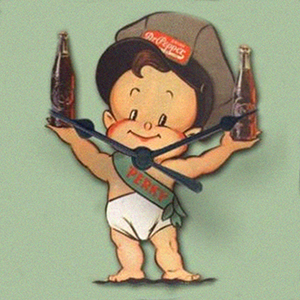 This Dr. Pepper–loving baby is rather obscure. Wearing a diaper, sash and conductor's cap, Perky was a Pepper decades before David Naughton. 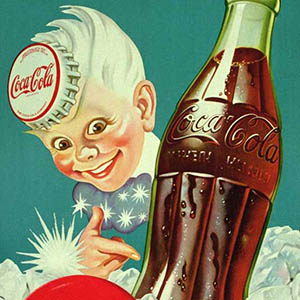 Sprite Boy actually predates the Sprite drink by a couple decades. The elf was a cola man at his conception in the 1940s. By the time the lemon-line drink was launched in the early 1960s, Sprite Boy was already retired. At least his name lived on. 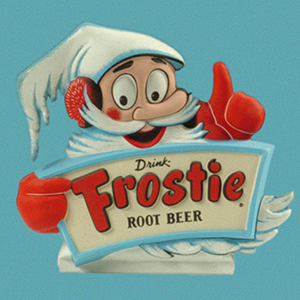 You can still find Frostie root beer and sodas at specialty shops. He seemed like the kind of guy who hangs out with Santa Claus.

Punchy is still around, of course, but the poor sucker on the receiving end of his fist has been mercifully faded out. Oaf was the tourist-like man who Punchy constantly, well, punched. "How about a nice Hawaiian punch?" Punchy would ask. "Sure," Oaf would foolishly say. BLAM! We wonder how the Hawaiian Tourism Board felt about that one. 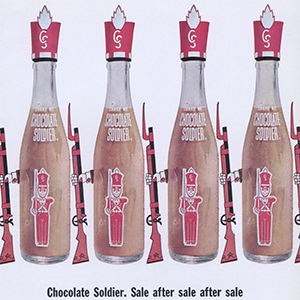 The Yoo-hoo competitor had a toy soldier right on the bottle. 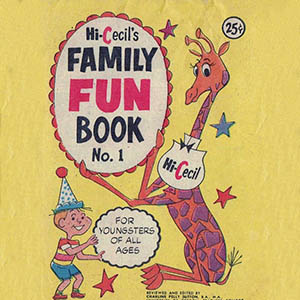 Hi-C featured a giraffe named Hi-Cecil on its aluminum cans in the 1960s. Was he related to Geoffrey from Toys R Us? 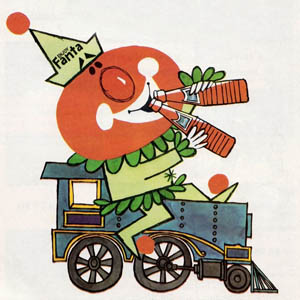 The Fanta Jester was not terribly noteworthy — aside from his ability to simultaneously chug two bottles. Surely, some kids out there tried to emulate him. 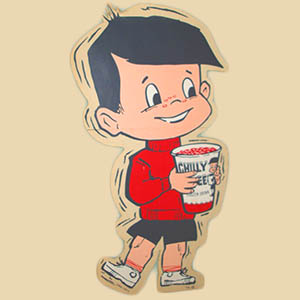 Not to be confused with the penguin Chilly Willy, this frozen drink lover was eventually replaced by a blue seal. 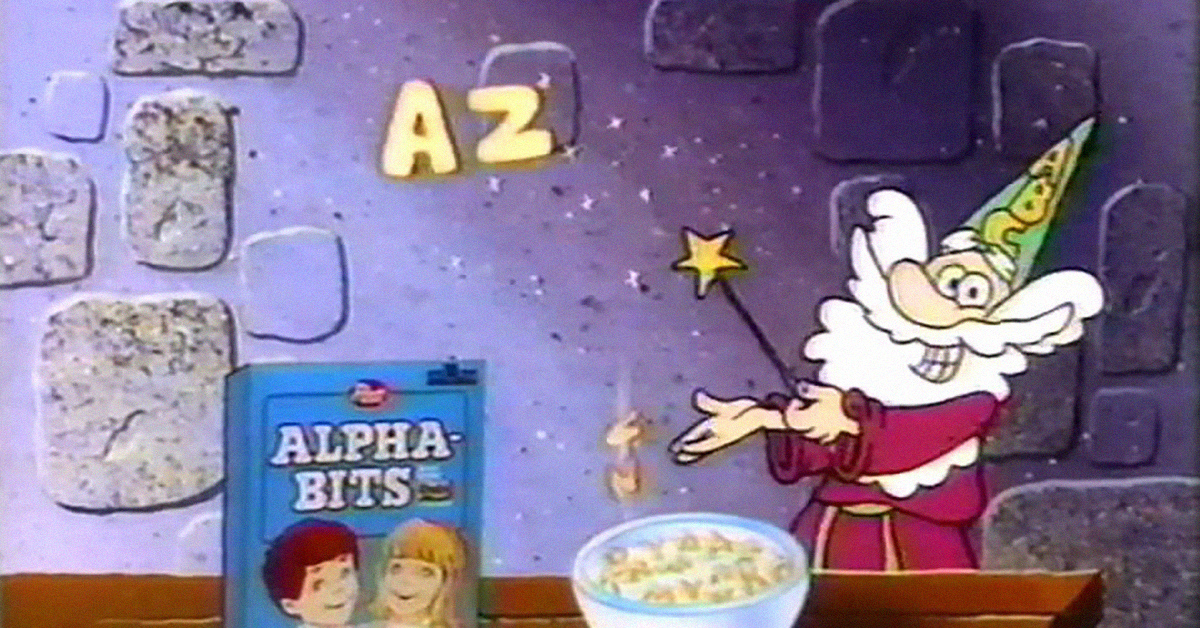