A stone-age Alfred Hitchcock presents a mysterious episode of the Flintstones.

MeTV network is available locally on Los Angeles affiliate KAZA on channel 54.1. If this isn’t the way you watch, click here to see Where to Watch

5:30am
Dragnet
The Big Dog
A purse-snatching dog? This is the case Friday and Gannon must solve. Making things more difficult, victims give different descriptions of the four-legged thief.

6:00am
Dragnet
The Pyramid Swindle
A female con-artist uses an evangelistic approach to lure buyers into her pyramid scheme. The Bunco division can't charge her with false advertising, so they prosecute her for operating a lottery.

6:30am
I Love Lucy
Lucy Does A Tv Commercial
Desperate to be in Ricky's new television commercial, Lucy makes every attempt to get her way, which eventually pays off. But her one-and-only chance flops when she is forced to test the sponsor's product over and over, a vitamin syrup called Vitametavegimin, which is 23% alcohol.

7:00am
Gilligan's Island
Physical Fatness
Gilligan and the Skipper plan to join the Navy when they are rescued.

7:30am
My Three Sons
The Fountain Of Youth
Charley and an old pal, Maggie McSterling, recall their friendship during their vaudeville days.

8:00am
Leave It to Beaver
The Spot Removers
For an upcoming dance, Wally is ready to wear a grey suit but when Beaver brings his new friend, Richard, over to the house, he accidentally spills oil on it, leaving a big stain. This leads Richard and Beaver to try to bleach the stain out with disastrous results. Beaver finds himself with another problem, when later Eddie discovers what Beaver is hiding from Wally.

8:30am
Leave It to Beaver
Beaver The Model
"Beaver sends his picture in to a modeling agency and they reply with a letter stating they will place his photo in a modeling directory. Soon after Beaver receives another letter this time asking for $30 and when Beaver ignores it, the company threatens legal action."

9:00am
Perry Mason
The Case Of The Angry Dead Man
Willard Nesbitt faked his drowning death in a boating accident so his wife could collect the double indemnity life insurance money.

Series premiere!
10:00am
Matlock
Diary Of A Perfect Murder (pilot: Part 1)
Atlanta lawyer Ben Matlock takes on the high-profile case of a television reporter accused of murdering his former wife. The case is complicated when Matlock's daughter, Charlene, develops feelings for the accused killer.

11:00am
In the Heat of the Night
Dangerous Engagement
Bill and Harriet's wedding plans are interrupted by a sniper who mistakes Bill for Sheriff McComb.

12:00pm
The Waltons
The Carousel
When Cindy's father dies, she goes through his things and she finds adoption papers

1:00pm
Gunsmoke
With A Smile
A powerful rancher's spoiled son gets violent when a pretty girl rebuffs his affections.

2:00pm
Bonanza
Alias Joe Cartwright
A man who looks similar to Joe uses his name, which eventually lands Joe in front of a firing squad.

3:00pm
The Rifleman
First Wages
Lucas tries to find out why Mark has taken a job as a stableboy. 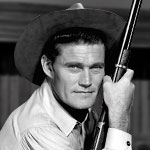 On Now
The Rifleman
Sheer Terror
Mark and Milly are held prisoner in her general store when two gunmen attempt a daring robbery. 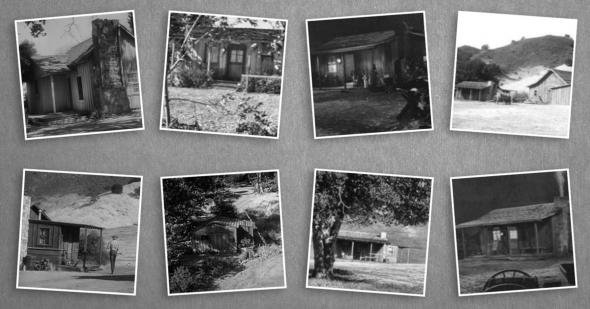 Which of these homes is NOT the McCain ranch in The Rifleman?

The same deer appeared on The Rifleman multiple times

Both Lucas McCain and Marshal Matt Dillon went temporarily blind for one episode
4:00pm
Remind Me
Wagon Train
The Jonas Murdock Story
Out of meat and low on food, the wagon train must not kill any wildlife or all will face the wrath of local indians. The one holdout is Jonas Murdoch, who has always lived outside the rules and doesn't consider a rabbit an issue.

5:00pm
Remind Me
Adam-12
Log 56 -- Vice Versa
Because Malloy has allowed his driver's license to expire, Reed has to do the driving on today's busy patrol. They search for an ice cream truck driver who's been trying to sell marijuana to children, get an unexpected reaction from a bank robber, help a man who's had his house completely emptied by his neighbors, deal with a woman who shoots her husband dead and find a live baby in a trashcan.

5:30pm
Remind Me
Adam-12
Log 106 -- Post Time
After beginning the search for a well known suspect who just stole a 600-pound offset printing press, Reed and Malloy try to convince an 85-year-old man to leave the soon-to-be demolished apartment building where he's resided alone for 27 years. Afterward, they pull over a very unusual vehicle, and chase a delivery truck to the end of an unfinished bridge.

6:00pm
Remind Me
The Flintstones
Rooms For Rent
Fred and Barney's peaceful homes are jeopardized when Betty and Wilma rent rooms to two bongo-playing college students.

6:30pm
Remind Me
Happy Days
Tall Story
Chachi discovers a great basketball player who recently transferred to Jefferson High. However, he initially holds back when performing for Roger and, suddenly, changes his mind about being on the team when his father orders him home in the middle of a practice.

7:00pm
Remind Me
M*A*S*H
For Want Of A Boot
In this riotous episode, Hawkeye gets wrapped up in a convoluted scheme to procure a new pair of boots.

7:30pm
Remind Me
M*A*S*H
Operation Noselift
Private Baker, who is always going AWOL, is desperate for plastic surgery on his nose. Hawkeye gets an old friend, and plastic surgeon, to visit the camp, promising him a nurse called "The Barracuda." They put together an elaborate scheme to perform the operation without Frank or Margaret finding out.

8:00pm
Remind Me
The Andy Griffith Show
The Manhunt
The state police arrogantly ask Andy and Barney to step aside while they search for an escaped convict in Mayberry, believing that the Mayberry sheriff's department is not capable of doing "real" police work.

8:30pm
Remind Me
The Andy Griffith Show
The Guitar Player
Jim Lindsey is a young guitarist that lives in Mayberry. When the famous musician Bobby Fleet and his band arrive in Mayberry, Andy and Barney scheme to arrest Bobby and his band so that Jim can get an audition.

9:00pm
Remind Me
Gomer Pyle, U.S.M.C.
Gomer And The Night Club Comic
Much to Sgt. Carter's chagrin, Gomer tries to help a night club comedian who is about to be fired.

9:30pm
Remind Me
Green Acres
Send A Boy To College
Eb's talent for curing sick animals leads the Douglases to send him to veterinarian school. Unfortunately, his college career is short-lived due to one small oversight.

10:30pm
Remind Me
Hogan's Heroes
Eight O'clock And All Is Well
Hogan finds that a new prisoner is a German spy right after he tells the man all about their secret operations.

11:00pm
Remind Me
Carol Burnett and Friends
Guests Alan King And Lena Zavaroni
In Sidewalk Stars, two aging stars reunite on Hollywood Boulevard while they clean their star square. Then, in Fans, Carol finds love at a baseball game. Finally, in The Package, a school teacher discovers an unattended package and claims it as her own.

11:30pm
Remind Me
Perry Mason
The Case Of The Sun Bather's Diary
Arlene Dowling reports the theft of all her belongings, including a diary detailing a bank heist.

An uplifting Christmas story!
12:30am
Remind Me
The Twilight Zone
The Night Of The Meek
After a derelict Santa Claus is fired on Christmas Eve, he finds a bottomless sack of gifts. With this bag he sets out to fulfill his one wish—to see the less fortunate inherit the bounties of Christmas.

1:00am
Remind Me
The Alfred Hitchcock Hour
Dear Uncle George
A neighbor's letter about an unfaithful wife disturbs an advice columnist.

2:00am
Remind Me
Mannix
Eight To Five, Its A Miracle
Mannix is hired to investigate an alleged miracle that has been occurring on the land of a crime boss.

3:00am
Remind Me
Cannon
The Seventh Grave
Cannon investigates a kidnapping case. The lawyer David Rackham has been abducted. Because he is diabetic and needs a certain drug, Cannon questions the pharmacists of the surroundings.

4:00am
Remind Me
Barnaby Jones
Prisoner Of Deceit
Barnaby investigates the death of a reporter who was about to break a huge story.