Everyone starts disappearing in a supposedly haunted house!

Vacations in a haunted cabin are not very relaxing.

Did you see that UFO?

Tiny aliens terrorize an old woman in this fan favorite!

MeTV network is available locally on Baton Rouge affiliate WLFT on channel 30.2. If this isn’t the way you watch, click here to see Where to Watch 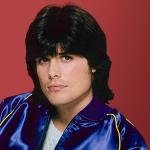 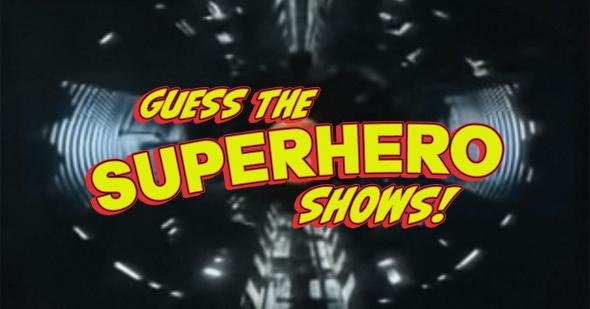 Guess these superhero TV shows from a single frame of the opening credits! 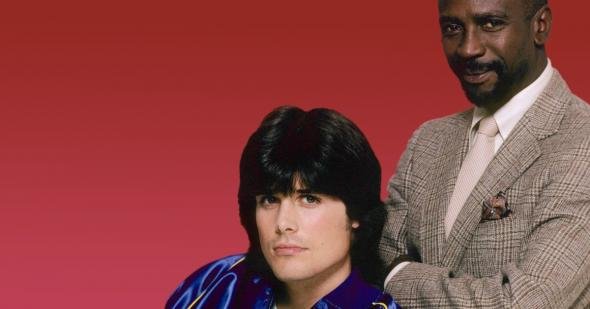 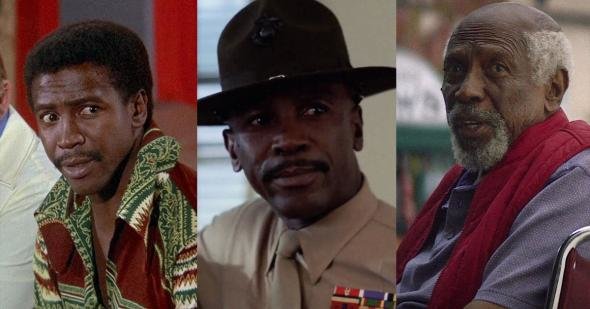 How well do you know the career of Louis Gossett Jr.?
6:00am
Remind Me
Touch
Local Scheduled Programming

6:30am
Remind Me
Saved by the Bell
No Hope With Dope
A famous film star comes to Bayside to shoot an anti-drug PSA. The gang is enamored with him but then they discover that he uses drugs himself.

7:00am
Remind Me
Saved by the Bell
Day Of Detention
If Zack can just get out of detention, he has a chance at winning a trip to Hawaii. Doing their best to get him off the hook, the gang ends up in detention, too.

7:30am
Remind Me
Saved by the Bell
Isn't It Romantic
On Valentine's Day, the gang flashes back to the romantic adventures they've had in the past.

8:00am
Remind Me
Saved by the Bell
Wrestling With The Future
Slater and his father fight over where he should attend college and Zack tries to fix it. Meanwhile, Jessie becomes a cheerleader and worries about college acceptances.

8:30am
Remind Me
Saved by the Bell
Class Rings
After Zack buys class rings for all the seniors at Bayside, he's embarrassed to find out he's been had when the rings turn out to be phonies.

11:00am
Remind Me
The Brady Bunch
Sorry, Right Number
With nine people in the house, Mike gets frustrated at his lack of telephone time. He decides to install a second phone line, but that only makes the problem worse. This leads him to install a pay phone in the family room.

12:00pm
Remind Me
The Brady Bunch
The Babysitters
With Alice away at Sam's, and Cindy developing the sniffles, Mike and Carol are ready to cancel their night out. Greg and Marcia argue that they are responsible and old enough to look after their siblings.

12:30pm
Remind Me
The Brady Bunch
Double Parked
The neighborhood park is going to be bulldozed so the new court house can be built, prompting the Brady family to go all out to try to save the park. But it's Mike's firm that's in charge of the construction.

1:00pm
Remind Me
Happy Days
Mother And Child Reunion
Fonzie takes his auto shop class to an out-of-town junkyard and meets a waitress at a diner whom he thinks is his mother.

1:30pm
Remind Me
Happy Days
American Musical
Chachi struggles with an essay on the causes, hardships and influences of immigration until Fonzie tells him several stories in a series of musical vignettes.

2:30pm
Remind Me
Laverne & Shirley
Robot Lawsuit
A giant robot attacks Laverne in a toy store, prompting her to sue the toy company.

3:00pm
Remind Me
Happy Days
Home Movies: Part 1
Joanie prepares some home movies to send to Richie. In the movies, Lori Beth announces that she's going to have a baby; Al's mother visits for the entire summer; Howard is consumed with Braves baseball; and Fonzie and his former gang, the Falcons, get ready to settle old scores with a rival gang.

3:30pm
Remind Me
Happy Days
Home Movies: Part 2
Fonzie's Falcons and their rival gang, the War Mongers, attempt to settle an old scores with a game of softball. The outcome is disputed, and a rumble ensues. Marion confronts Howard about his anxiety over becoming a grandfather, and Chachi continues to try to make up with Joanie.

6:30pm
Remind Me
M*A*S*H
Rainbow Bridge
As Hawkeye and Trapper are planning to leave for Tokyo, an unusual offer to swap POW patients between the Chinese and the 4077th comes in. Henry, after much debate, agrees to send Hawkeye, Trapper, Frank, Radar and Klinger into enemy territory. Frank almost botches the swap when he brings a squirt gun to the exchange. Fortunately, the Chinese Dr. Lin Tam has a sense of humor.

7:00pm
Remind Me
Columbo
Last Salute To The Commodore
Charlie Clay runs the ship building business of his father-in-law, Commodore Swanson, who turns up murdered.

9:00pm
Remind Me
Collector's Call
Meet James Azrael
"As movie costume collector James Azrael puts it, “movies define us.” To him, movies serve as markers in time, tracking milestones in one’s life. But collecting costumes and props is about more than just the personal connection for James; it’s also a way of preserving history. He considers himself the keeper of these iconic costumes for a moment in time, and he and his friend Brad have restored many of the items to their original condition. James’ collection boasts identifiable costumes from films like Robocop, Little Shop of Horrors, The Terminator, Friday the 13th and countless more. James and Brad are joined today by friend, appraiser and fellow movie costume collector Mark, who often helps James track down highly sought-after items. Mark has brought along an item in hopes of making a trade … but James has never traded or sold one of his costumes or props."

9:30pm
Remind Me
The Honeymooners
A Woman's Work Is Never Done
"Tired of Ralph's endless domestic complaints, Alice takes a job and leaves a maid to take care of the housework."

Vacations in a haunted cabin are not very relaxing.
10:00pm
Remind Me
The Dick Van Dyke Show
The Ghost Of A Chantz
Rob, Laura, Buddy and Sally spend the night in a seemingly haunted cabin.

Did you see that UFO?
10:30pm
Remind Me
The Dick Van Dyke Show
Uhny Uftz
Did Rob see a UFO?

Tiny aliens terrorize an old woman in this fan favorite!
11:00pm
Remind Me
The Twilight Zone
The Invaders
An old woman in an isolated farmhouse is troubled by the appearance of tiny aliens.

11:30pm
Remind Me
The Twilight Zone
A Penny For Your Thoughts
Gaining telepathic abilities when his coin lands on its edge, a mild-mannered bank clerk learns about the difference between other people's plans and fantasies.

12:00am
Remind Me
The Alfred Hitchcock Hour
A Nice Touch
An adulterous partner is caught between a drunken husband and a determined lover.

1:00am
Remind Me
The Fugitive
The Iron Maiden
An industrial accident traps Kimble and some government workers underground. A member of the trapped group wants to turn Kimble in as soon as they are rescued. To add to Richard's problems, Lt. Gerard is waiting above at the only exit.

2:00am
Remind Me
Mission: Impossible
The Photographer
The team must get the key to a code from an American traitor before the country he works for distributes pneumonic plague bacillus throughout the U.S.

3:00am
Remind Me
Peter Gunn
Death Is A Sore Loser
A janitor and his wife see Police Sergeant Lee Davis enter their building and minutes later they hear two shots. They rush to the scene to find Sergeant Davis holding a gun over the body of a dead derelict.

3:30am
Remind Me
Peter Gunn
I Know It's Murder
Psychic Kevin Daniels asks Gunn to prevent the murder of his mother.

4:00am
Remind Me
Highway Patrol
Express Delivery
Two thieves attempt to rob the courier of a gem corporation.

4:30am
Remind Me
Dragnet
The Big Starlet
A teenage runaway, intent on becoming a star, has instead wound up in pornographic films. Acting on behalf of the girl's aunt, Friday and Gannon try to find the young "starlet."