The story of Barney and Betty Hill continues to stir debate to this day. 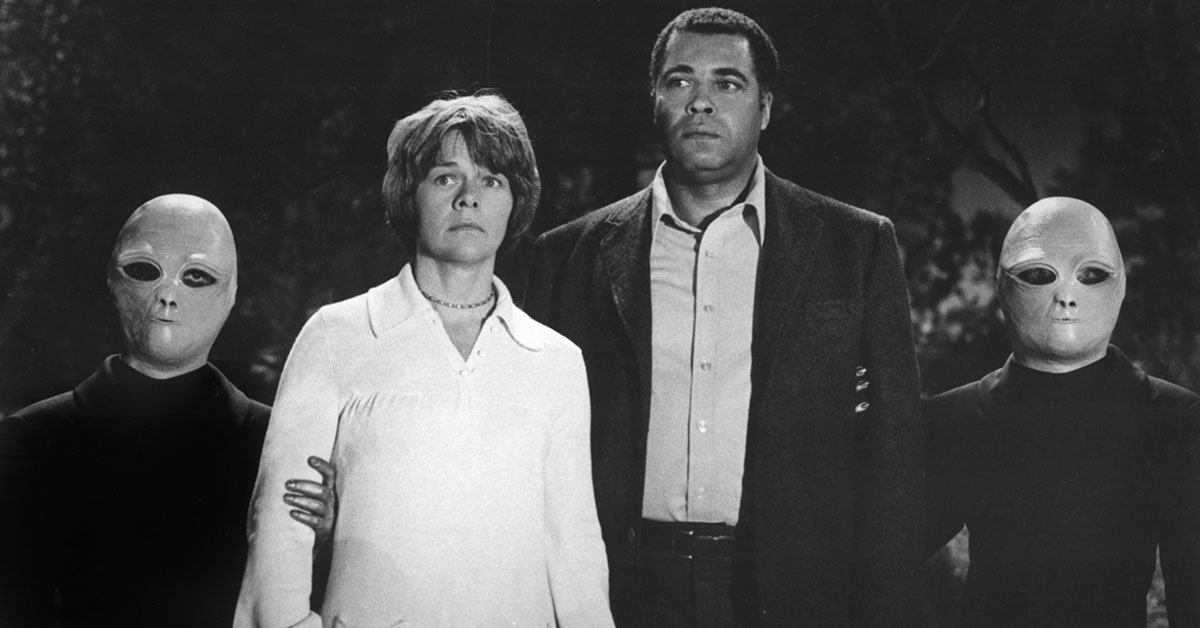 In February 1964, two seemingly minor incidents were happening on opposite ends of America that would forever shape our perceptions of UFOs and aliens. In Phoenix, Arizona, a precocious teenager named Steven Spielberg was putting the finishing touches on a homemade feature film titled Firelight. Meanwhile, in New England, a Boston psychiatrist named Dr. Benjamin Simon was conducting hypnotherapy sessions with a New Hampshire couple named Barney and Betty Hill. The Hills claimed to have been abducted by aliens in 1961.

Before we dig into that, let's follow the career of young Spielberg for a moment. The Arcadia High School auteur would premiere his Firelight movie, which starred his sister and classmates, at Phoenix Little Theatre in March 1964. The sci-fi flick cost $500 to make. Spielberg sold $501 worth of tickets.

The aspiring director took Firelight with him to Los Angeles as a demo reel. Spielberg landed his first professional gigs in television, making his directorial debut at the close of the Sixties with a segment called "Eyes" in Rod Serling's 1969 Night Gallery pilot. Two years later, Spielberg made a splash, helming both the series premiere of Columbo ("Murder by the Book") and the gripping Dennis Weaver chase film Duel, still one of the greatest made-for-TV movies. Of course, Jaws would make him a household name in 1975 — and give him creative freedom to follow his heart with his next project. He made another alien abduction tale.

Spielberg returned to the subject matter of Firelight with Close Encounters of the Third Kind, a brilliant blockbuster that recreated some of the scenes from Firelight, albeit on a much bigger budget.

With its colorful UFOs that look and sound like a giant flying version of the Simon electronic game, and with the childlike "little gray men" extraterrestrials in the climax, Close Encounters, the third-biggest movie of 1977, would heavily influence how we image aliens, their behavior, and their transportation.

But it was not the first influential alien-abduction movie of the Seventies. That brings us back to the Hills.

On February 22, 1964, Dr. Simon brought Barney Hill into his office, hypnotized the New Hampshire man, and let the audiotape record.

Over the course of several sessions in the subsequent months, Barney and Betty (no relation to the Rubbles) recalled their nighttime encounter with a flying saucer in the White Mountains of New Hampshire as they returned home to Portsmouth from a trip to Niagra Falls. At the time, they had little recollection of the incident, later finding themselves dazed and confused 35 miles down the road. 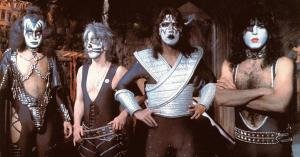 music1970s
Remember how Hanna-Barbera made a live-action KISS made-for-TV movie in the '70s?

Days later, Betty began to have nightmares. She subconsciously remembered a crew of 5-foot-tall-ish aliens in uniforms surrounding their Chevy Bel Air, taking them aboard the craft, and conducting experiments on the humans. Dr. Simon's hypnosis sessions pulled more details from the husband and wife and they were in a trance.

Now, we are not here to debate the veracity of the Hills' story. That continues to be a hot topic on the internet to this day. Believers see Barney and Betty as the people who convinced them to believe. Skeptics see their narrative as the manifestation of anxiety over being a mixed-race couple in 1960s America with a dash of drowsy driving. Many have pointed out that the Hills' hypnotherapy accounts took place days after a notably similar episode of The Outer Limits aired. It was called "The Bellero Shield," and in it, Sally Kellerman and Martin Landau encounter an alien that matches the physical description given by the Hills. We leave it for you to decide… 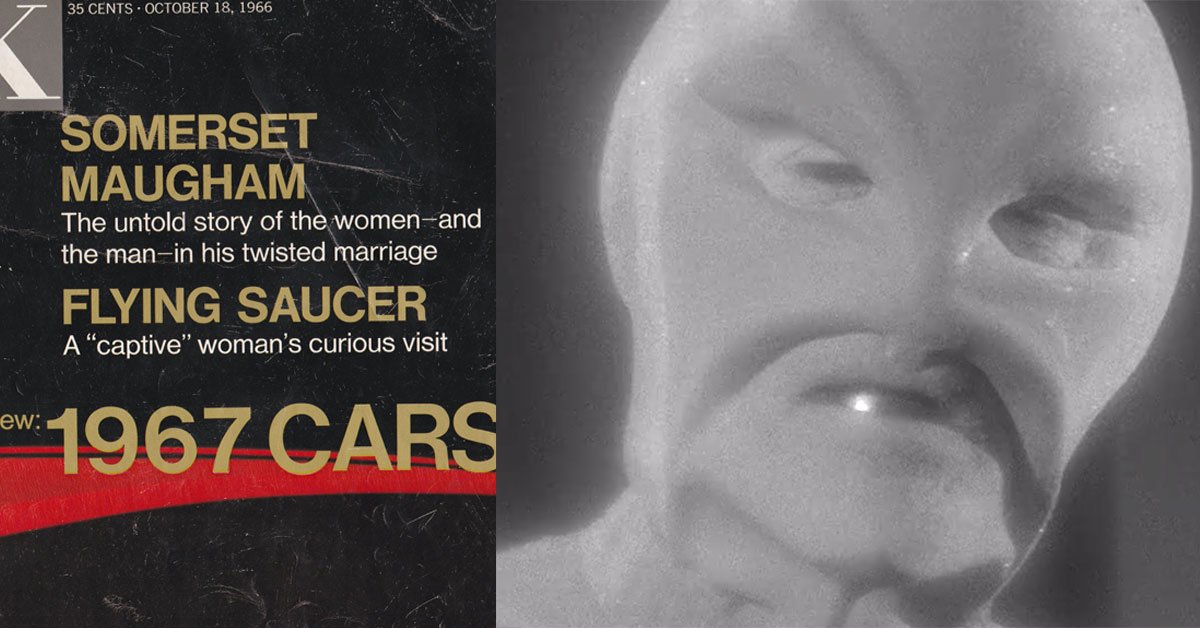 Left: An October 1966 issue of 'Look' magazine that broke the Hills story. Right: The alien from 'The Outer Limits' that aired days before the Hills' hypnotherapy sessions.

We will argue that the made-for-TV movie based on their story, The UFO Incident, would set the mold for alien abduction anecdotes for years. Much of that is thanks to the wonderfully unsettling performances of the two stars, James Earl Jones and Estelle Parsons.

Jones, two years before becoming Darth Vadar, was still on the rise as a star. Earlier that decade, the stage veteran had starred in The Great White Hope (1970) and The Man (1972), a Rod Serling script about the first Black man to become President of the United States. Parsons already had an Oscar for her supporting role in Bonnie and Clyde. Younger generations are more likely to know her as Roseanne's mom on Roseanne.

The low-budget NBC flick The UFO Incident works essentially as a three-person stage drama, with Barnard Hughes as Dr. Benjamin Simon. The aliens and UFO are effectively used sparingly. Instead, the camera holds tight on the faces of Jones and Parsons, as they break into hysteria during their hypnosis sessions. Jones babbles like a shivering boy, his eyes wide with fear. Parsons vibrates and screams under her mental torture. Their convincing performances get under the skin like a needle. They are also why this eerie movie would help convert millions of viewers into amateur ufologists.

Thanks to the dark lighting and disquieting acting, The UFO Incident works just as well as a horror movie as it does a sci-fi film. No wonder NBC aired it in late October 1975.

Two weeks later, a forestry worker named Travis Walton would claim to be abducted by aliens — in Arizona, not far from where Steven Spielberg grew up. Many doubters point out that the details of his story share a remarkable similarity with that of the Hills, who had recently been popularized in The UFO Incident. It just might be that television airwaves are the most powerful thing flying around in the night sky. 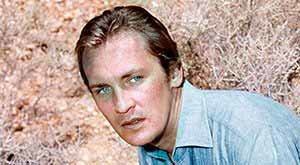 Watch The Invaders on MeTV! 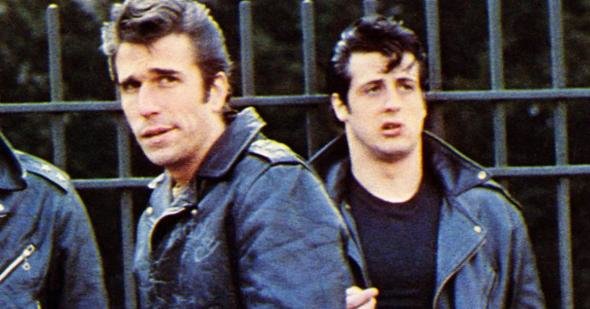 Did you know?1970s
Henry Winkler once explained how Sylvester Stallone inspired Fonzie's voice 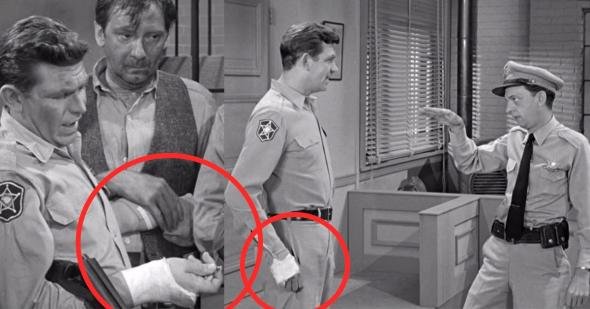 Did you know?
Ever wonder why Sheriff Andy wore a cast for two episodes?
Are you sure you want to delete this comment?
Close

Keeperofpeace64 4 months ago
Lol... I never believed in little green men from Mars ..
Like Reply Delete

Tresix 5 months ago
There was one thing mentioned in the movie that isn’t mentioned in the article: Betty Hill saw a configuration of lights on the spaceship that she drew for the doctor. It was discovered that the lights Mrs. Hill drew were a map that the aliens had in the form of the lights. Upon examination of Betty’s map, it showed two stars that wouldn’t be discovered for another five years.
Like Reply Delete

Mmeccia101 17 months ago
Some base thoughts on our understanding of science and what "we" here Know, or think we know. Ever think others somewhere in all thoses other Universes are so far more Advanced thst they have ways of Travel we cannot even dream about yet! Light years is our way of thinking, not others way of travel of course its near or is impossible to do unless u have a hundreds generations born in space 🚀 trying to get there or here! What were not dreaming of today others may have been doing for Thousands of years for travel. They are out there.,..
Like Reply Delete

texasluva 22 months ago
I believe they were spooked by episode(s) of alien abduction. What other proof such as iron clad evidence is provided? If someone actually thinks that aliens would fly all the way to Earth to capture a couple of folks and test them. Well I am not from Missouri but you have to show me. Our flight time as of today to 1000 light years is over a million years. Even 10 light years would be in the 10's of thousands of years. Though true we do not know how long in our years any aliens might live. Light travel is not really possible since mass can not travel that fast. Light has little mass. Betty and Barney make a good story line no doubt. Makes one to wonder. Until we can find other intelligent life from afar it will just be science fiction. The odds are good that there is. Just not logical for us to ever find them and communicate at such distances. I do admit it is fun to fantasize. Maybe one day, you just never know
Like Reply Delete

bj1606 texasluva 17 months ago
Read theory of relativity you’ll understand the term time the calculation study the term time warp how time and space meet and exactly what it’s capable of Einstein also proved his theory of worm holes which that actually bend the time space Continuum .
Like Reply Delete

texasluva bj1606 17 months ago
There is zero evidence of any worm holes. That being said there might be. The real problem is:
1. Finding them
2. Where do they lead to
3. Making one would be more power then is available to Earthlings. Then where would it go. I have read some great Science fiction novels (fictional) on a company making these worm holes in outer space. That way you can travel long distance in s short time. Fun to read. When over it's back to reality. Only stating theory is fine but it has to exist first. Also how to use it.
Like Reply Delete

MrsPhilHarris 22 months ago
I think there are others out there, but I think Betty & Barney were spooked by the episode of The Outer Limits. I saw a documentary on a guy that swore he had been abducted out of his bed by aliens. A day or two previously to be abduction he had watched a tv show on alien abductions.
Like (1) Reply Delete

Hogansucks1 23 months ago
Yes, Travis Walton story was portrayed in the movie ‘Fire in the Sky’, to say, his own in person interview account was more chilling than the overly dramatized version Hollywood makes for more money. He never wanted the attention in the first place and still doesn’t to this day. Who are we Human’s to believe that in this vast Universe and multiple dimensional scenarios, belongs to just US ! 😏 🧐
Like (2) Reply Delete

UTZAAKE 23 months ago
Never got to watch the movie, but very clearly remember seeing the photograph that leads off this article in the local newspapers at the time.
Like (1) Reply Delete

cperrynaples 23 months ago
No, MeTV! Trilogy of Terror was the scariest TV movie! I still shudder thinking of the voodoo doll!
Like (1) Reply Delete 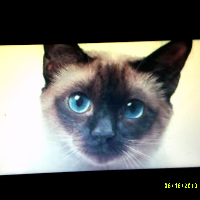 usmale49 cperrynaples 22 months ago
You are correct, in fact, I watched "Trilogy of Terror" not too long ago on YouTube! It's still very good, and scary! And I am also a Karen Black fan!
Like Reply Delete

Tresix cperrynaples 5 months ago
“The Night Stalker” scared me way more then “Trilogy of Terror”.
Like Reply Delete