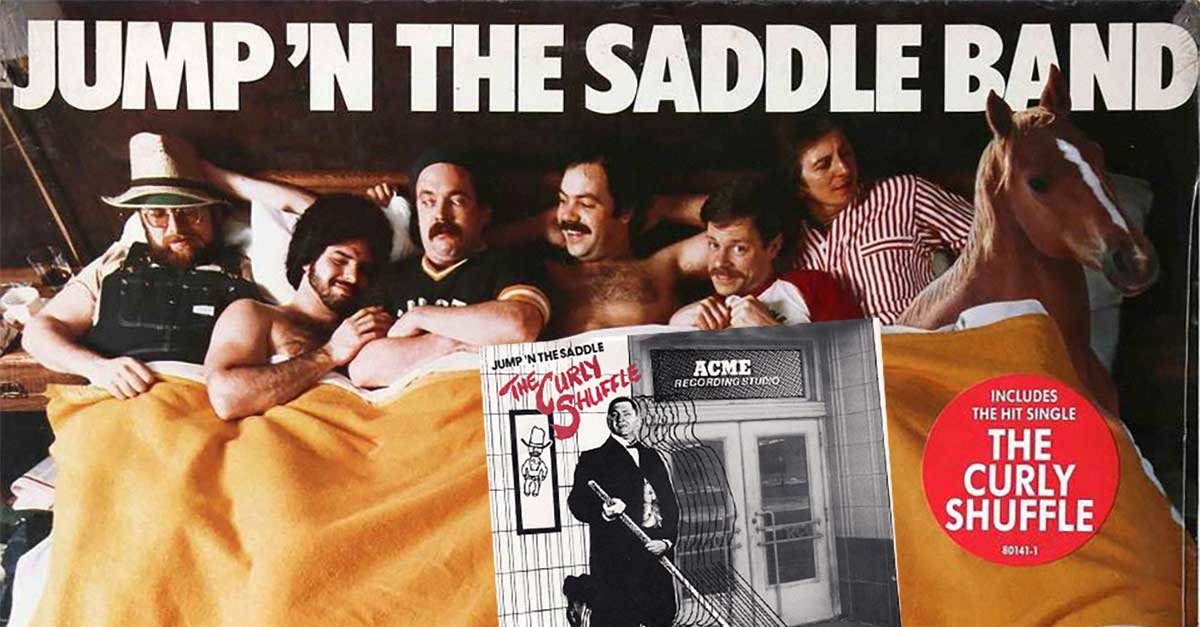 Jerome Horwitz, better known as Curly Howard, passed away on January 18, 1952. He was a mere 48 years old. Meanwhile, that very month, thousands of miles away, Peter Quinn came into this world as a baby. Quinn would wonder if he inherited a bit of the soul of the beloved member of The Three Stooges.

"Curly is alive and living in my body," Quinn explained in an interview for VH1's One Hit Wonders in 2002. Hosted by William Shatner, the episode, titled "Goofy Greats," focused on the quirkiest novelty songs of the 1980s. From "Pac-Man Fever" to "Puttin' on the Ritz," the decade had no shortage of them. Yet, "The Curly Shuffle," which set Curly catchphrases against a backdrop of Chicago blues, might be one of the most unlikely smashes from that era. 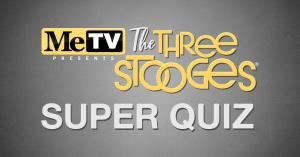 Quinn, a superfan of The Three Stooges, came up with the song for his Jump 'N the Saddle Band. "The Curly Shuffle" nyuck-nyuck-nyuck'ed its way to No. 15 on the pop charts in 1984. To put that into context, the slick bar-band shuffle was sandwiched between Madonna and Duran Duran on the Billboard Hot 100.

The nostalgic rock tune soon became a fixture at New York Mets games in Shea Stadium, where it blasted from the Jumbotron.

To think, it all began at a music festival in Milwaukee.

"Five thousand people out there just dancing and going crazy, doing all The Three Stooges antics," Quinn explained to VH1. "I mean, poking each other in the eye… rolling around on the ground like Curly used to do."

"The Curly Shuffle" quickly became a regional hit and spread into a nationwide novelty sensation. Atlantic Records snatched up the Jump 'N the Saddle band and pressured them to come up with another novelty hit. But the group was more into traditional sounds, aside from the token "The Chicken Song (Ain't Nobody Here But Us Chickens)" included on its LP. Unsurprisingly, perhaps even to the musicians who recorded it, no other song from the record sniffed the charts. Atlantic quickly dropped the Jump 'N the Saddle Band from its roster.

In recent years, Quinn has been playing in the Chicago area with his act Skip Towne & The Greyhounds. In 2008, he re-recorded "The Curly Shuffle" for the Greyhounds album Detours. "Ain't Nobody Here But Us Chickens," too. Hey, when you find a formula, stick with it. 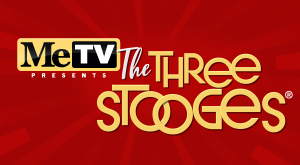 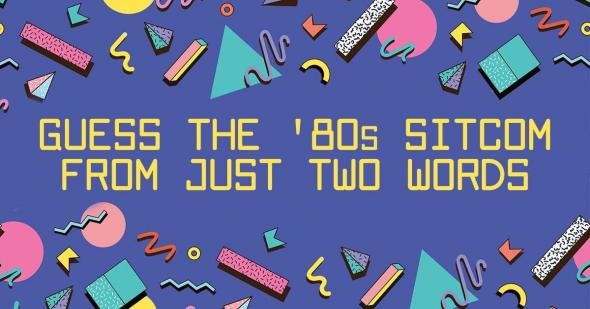 1980squizmusic
Can you guess the '80s sitcom from just two words of the theme song? 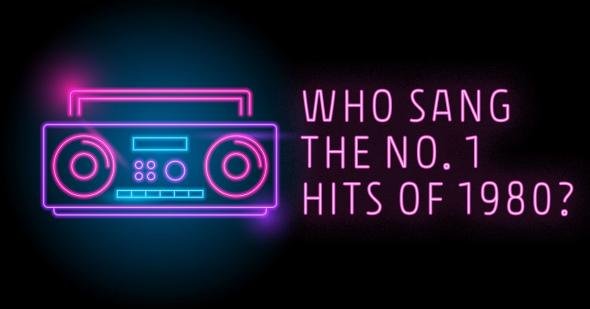 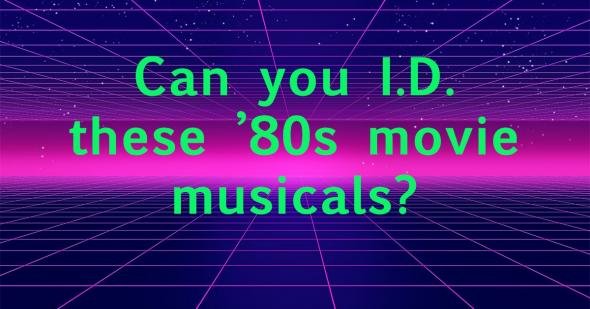 1980smusicnostalgia
Can you I.D. these '80s movie musicals?
Are you sure you want to delete this comment?
Close

Martin 7 months ago
The Three Stooges also inspired the name of the Stooges, fronted by Iggy Pop. Originally the Prime Movers, one critic commented that their crazy violent stage act, was reminiscent of the Three Stooges. So they changed their name to, first, the Psychedelic Stooges and then, later, the Stooges.
Like Reply Delete

UTZAAKE 8 months ago
"To think, it all began at a music festival in Milwaukee." Calling Summerfest just "a music festival" is like calling the Willis Tower just a building. C'mon, man.
Like Reply Delete

stephaniestavropoulos UTZAAKE 8 months ago
You mean calling the SEARS Tower just another building. It will always be called this to me, for that is what I knew it as growing up, and that is what locals still refer to it by. I won't refer to the Sears Tower by any other name, just like I won't {even though it has one} refer to my favorite building, {the diamond shaped one,} as anything but The Stone Container Building.
Like Reply Delete

CarrieMcCourt 8 months ago
I can't believe you're starting off the 3 Stooges with a Curley Joe episode. . He was the worse.
Like Reply Delete

cperrynaples CarrieMcCourt 8 months ago
Are we talking Derita or Besser? Besser was the worst, he wouldn't take a slap or even a pie in the face!
Like Reply Delete

stephaniestavropoulos cperrynaples 8 months ago
If it's Curly Joe, then its DeRita. {Besser went by Joe.} When Joe DeRita signed on, he did so with the name Curly Joe.
The article mentioned Curly getting on the floor and spinning around. In case anybody is wondering why he did that, {or already knew, but may have forgotten,} he did it whenever he forgot his lines, and all that spinning, helped him to remember them.
I was sort of hoping, that METV would air the Three Stooges homage to 3D. But I don't know how they would do that. They did two shorts this way {both came out in 1953, I think.} Spooks! & Pardon My Backfire. It's fun watching them. I haven't seen them in quite a long time, { I need to rectify that!} But, if I remember right, the strings/wires, {even though they were black/or some dark color;} they were still visible! Also seeing them [folks behind the scenes, not the Stooges;] try to aim whatever object toward the camera, added to the short's humor!
Like Reply Delete

Martin stephaniestavropoulos 7 months ago
"Curly Joe" De Rita was brought in for the feature films. He wasn't in any of the shorts.
Like Reply Delete

cperrynaples stephaniestavropoulos 7 months ago
I remember how Curly "invented" breakdancing and it's in the "Curly Shuffle" video!
Like Reply Delete

Barry22 8 months ago
There was a club in Miami that would play this in 1984, and I would do my "Curly" dance, much to the chagrin of my then girlfriend.
Like (1) Reply Delete