central (on most MeTV stations)
Add to Favorites  Remind Me
Like Paladin of 'Have Gun - Will Travel,' Columbo (Peter Falk) is known only by his surname, but unlike Paladin—and most crime-fighters of film or television—Columbo does not present a suave, smart or imposing demeanor. In fact, on the outside, the cigar-chomping sleuth is the very antithesis of what one would expect from a detective, gunslinger or law-enforcer of any kind. Hiding his brilliance within a shabby, disheveled man in a trench coat, Columbo outfoxes everyone he encounters—especially the culprit, whom he invariably nails in the end.
Share 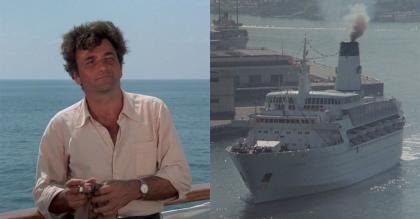 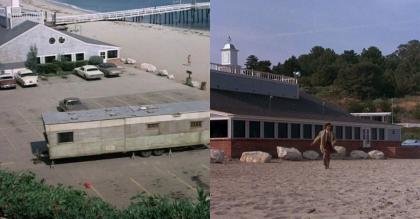 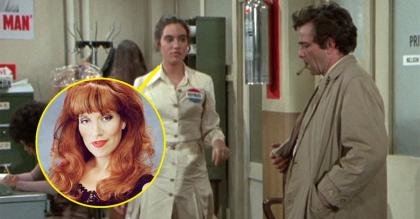 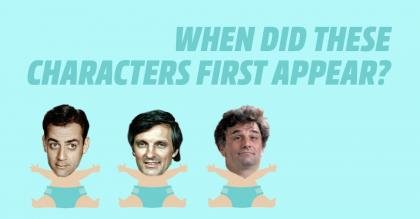 Can you trace these beloved characters back to the correct decade? 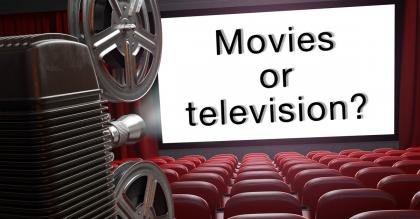 Did these famous actors get their start in movies or television? 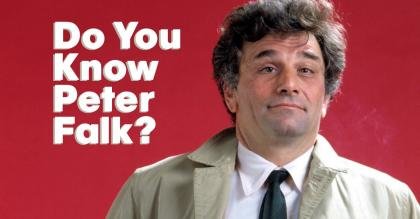 How well do you know the career of Peter Falk? 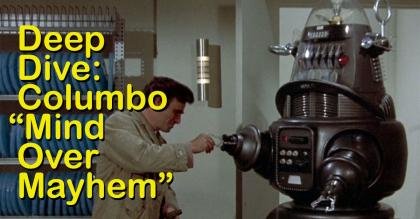 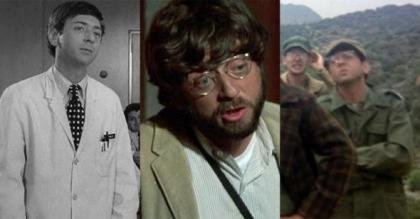 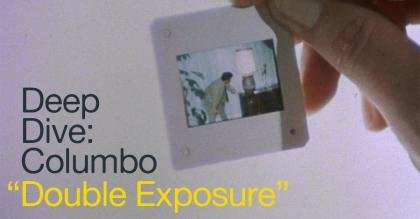 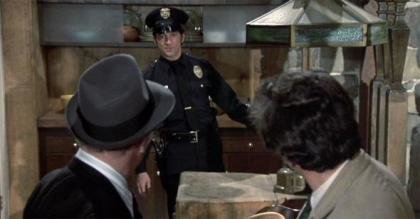 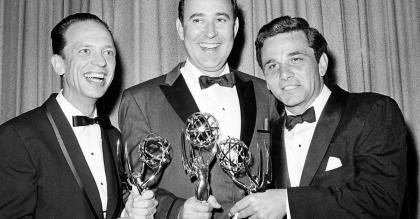 Remembering when Don Knotts, Carl Reiner and Peter Falk all won Emmys in the same year 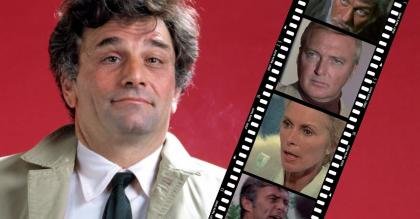 Can you I.D. all these celebrity killers on Columbo? 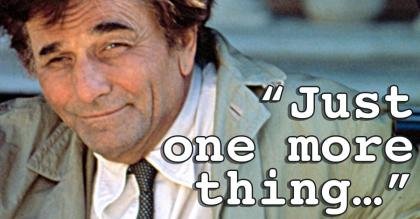 Columbo's catchphrase came about because the writers were admittedly ''lazy'' 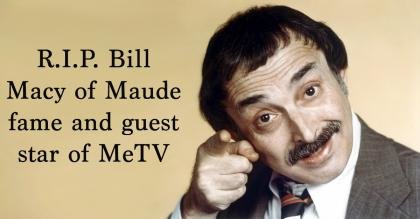 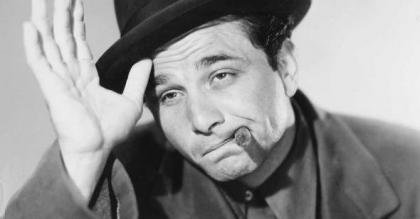 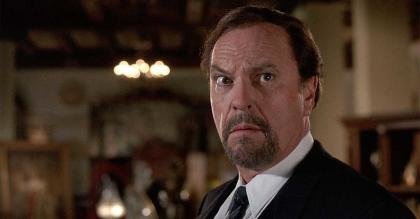 R.I.P. Rip Torn, a scene stealer in everything from The Larry Sanders Show to Columbo 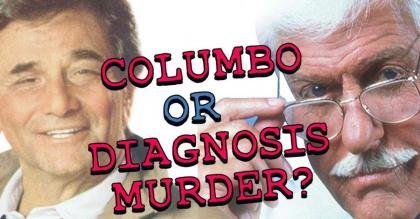 Which show solved it: Columbo or Diagnosis Murder? 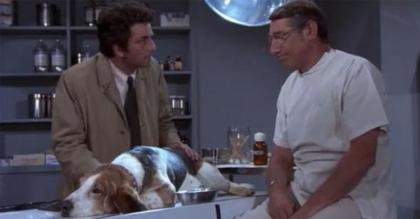 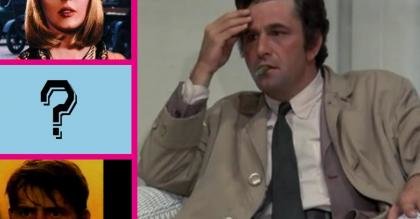 Can you find the ONE celebrity who never appeared on Columbo? 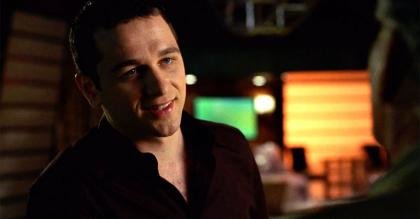 Ep 1: Murder by the Book

When one member of a mystery writing team wants to break from his less talented partner, he becomes the victim in a real-life murder mystery.  Remind Me

When the CEO of a private detective agency threatens the wife of a publisher with blackmail and she threatens to expose him, he accidentally kills her.  Remind Me

After learning that he is being investigated for embezzling military funds, Major General Martin Hollister shoots his partner in crime, who decided to flee the country. The act is witnessed by Helen Stewart, who is wooed by the general into doubting her own story.  Remind Me

Noted art critic Dale Kingston kills his uncle for his valuable collection of paintings. Despite Columbo's suspicions, all the clues point to the dead man's ex-wife.  Remind Me

A mousy heiress murders her brother, pretending she thought he was a burglar.  Remind Me

A chemical plant's director gets threats and issues threats, and one of the employees plants a bomb in his car. When the car turns out to be missing, Columbo is called to find out what happened.  Remind Me

Elliot Markham, a brilliant architect and conman, murders a Texas millionaire and hides the body in order to keep his visionary construction project financed.  Remind Me

The maestro at the Hollywood Bowl is threatened with scandal by his mistress. John Cassavetes guest stars.  Remind Me

Columbo arrives at a kidnapping case, which at some point turns into a murder. Everything seems to be related to a trust fund managed by a man with a great love for orchids.  Remind Me

Ep 10: The Most Crucial Game

The manager of a football team murders its callow owner, making it look as if the young man had had an accident in his swimming pool.  Remind Me

Columbo goes to England to study Sctoland Yard's investigative techniques and become involved in a murder case.  Remind Me

Ep 12: Requiem for a Falling Star

When a faded movie actress commits murder, Columbo, one of her biggest fans, is on the case.  Remind Me

A surgeon has an ingenious plan for murdering his partner in a research project, but a nurse catches onto the scheme.  Remind Me

Ep 14: The Most Dangerous Match

When a chess player murders his opponent before a big match, Columbo must out-maneuver this crafty but craven killer.  Remind Me

A smarmy TV chef and his identical twin brother, a rigidly proper banker, are suspects in the electrocution of their rich uncle.  Remind Me

The formula for a miracle wrinkle cream leads the founder of a cosmetics company to murder.  Remind Me

Columbo learns about wine-making and the not so brotherly relationship between Adrian and Ric Carsini in this telecast.  Remind Me

A campaign manager manufactures a story that the senatorial candidate is the target of a murder plot. Columbo hits the campaign trail only to learn that behind the smiles and the political rhetoric there is a love triangle and suspicious characters.  Remind Me

A publisher hires a bomb enthusiast to murder a bestselling author of sex novels.  Remind Me

The director of a government institute that employs various scientific geniuses commits a clever murder.  Remind Me

A gospel singer wants to be rid of his zealous wife. But a murder made to look like an airplane accident does not fool Columbo.  Remind Me

A police commissioner provides a false alibi for a wife killer, but then expects an alibi in return.  Remind Me

Ep 26: An Exercise in Fatality

A health club owner murders one of his franchisees.  Remind Me

A photographer murders his wife and blames her death on a bungled kidnapping.  Remind Me

The commandant of a military academy murders the chairman of the board, who wants to oust him. Columbo takes up residence in the barracks to expose the killer.  Remind Me

Columbo takes a trip to Acapulco, but finds himself on a new case when a used car dealer commits murder on the cruise ship.  Remind Me

A gadget-happy inventor murders his mother-in-law.  Remind Me

A psychiatrist, who specializes in hypnosis, murders the husband of his mistress and convinces her to lie to the police. It's up to Columbo to discover the truth.  Remind Me

A faded dance star of film and stage murders her husband and makes it look like a suicide; Lt. Columbo doubts her seemingly perfect alibi.  Remind Me

The first secretary to the Suarian king may have immunity from the consequences of committing murder, but Columbo is wilier than any foreign diplomat.  Remind Me

A top CIA operative commits murder the way only a brilliant spy can, never guessing he'll have to contend with a man like Columbo.  Remind Me

When a famous bullfighter's trusted bookkeeper turns up dead in a bullring, Columbo suspects murder—with a bull as the murder weapon.  Remind Me

A stage illusionist kills his employer and makes it look like a contract killing. It's up to Columbo to trick the master trickster.  Remind Me

Ep 37: Last Salute to the Commodore

Charlie Clay runs the ship building business of his father-in-law, Commodore Swanson, who turns up murdered.  Remind Me

An egotistical but successful star off a TV detective show murders his blackmailing producer and makes it look like a robbery.  Remind Me

The spinster head of a family-run museum murders her brother when he threatens to dissolve the financially strapped institution.  Remind Me

Sigma Society member Oliver Brandt murders his business partner when he threatens to expose him as an embezzler and constructs a seemingly foolproof alibi.  Remind Me

A successful mystery writer suspects her niece's husband murdered her, and she exacts revenge by asphyxiating him in her house safe.  Remind Me

Food critic Paul Gerard, who has been extorting money from restaurant owners in exchange for good reviews, commits murder when threatened with exposure.  Remind Me

Ep 43: Make Me a Perfect Murder

An Emmy-winning TV executive kills her lover (who is also her boss).  Remind Me

A behavioral psychologist whose wife died under suspicious circumstances trains his dogs to kill on command using a telephone.  Remind Me

An IRA terrorist executes an arms dealer he considers traitorous.  Remind Me

Ep 46: Columbo Goes to the Guillotine

An egocentric psychic murders his old mentor, a magician charged to expose him as fraud, by beheading him while he's rehearsing his guillotine trick.  Remind Me

A wunderkind director murders a childhood friend who threatens to expose his negligent complicity in the death of his sister years earlier.  Remind Me

Ep 48: Sex and the Married Detective

When a successful sex therapist with a best-selling book and a hit TV show learns that her business partner/lover is cheating on her, she plots appropriate revenge.  Remind Me

After the head of a private paramilitary think tank who is embezzling funds murders a blackmailer, he has to match wits with Columbo.  Remind Me

Ep 50: Murder, a Self Portrait

Columbo investigates the apparent drowning of a famous painter's first wife.  Remind Me

When the business-savvy publisher of a "Playboy"-type men's magazine wants to sell her stock to a Rupert Murdoch-like media tycoon, she apparently disappears on a London-bound flight.  Remind Me

While investigating a murder that was made to look like a suicide, Columbo notices some loose ends.  Remind Me

A woman who blames Columbo for the loss of her husband sets out to get back at him.  Remind Me

The troubled junior partner in a dental group faces divorce and ostracism from his father-in-law's firm.  Remind Me

A successful writer of romance novels is found shot to death in her Malibu home.  Remind Me

Faced with expulsion after having been caught cheating on an exam, two wealthy college students decide to murder their professor.  Remind Me

Ep 57: Murder Can Be Hazardous to Your Health

Columbo investigates a self-proclaimed security expert turned crime show host for the murder of a rival.  Remind Me

Ep 58: Columbo and the Murder of a Rock Star

Columbo matches wits with a defense lawyer who has never lost a case in his career.  Remind Me

Freddy, a down-on-his-luck photographer in the final stages of a divorce, wins $30 million in the lottery. In order to not share it with his wife before the divorce is finalized, he arranges for his uncle, Leon, to cash in the ticket and give Freddy the money after the divorce. But Uncle Leon has ideas of his own...  Remind Me

Columbo attends the wedding of his nephew, who is also with the LAPD. Suddenly it turns out that the bride is missing, possibly kidnapped.  Remind Me

When a down-on-his-luck gambler plans to murder his rich uncle, planting a pipe bomb under his car, he is surprised to hear that his uncle died in a car accident, leaving Columbo to discover the unexploded pipe bomb still attached to the wrecked automobile.  Remind Me

Lauren Staton and Lisa Martin kill their two-timing lover, Nick Franco, making it appear as though he was murdered by a burglar in his apartment.  Remind Me

Ep 63: Butterfly in Shades of Grey

L.A. radio moderator Chase kills Jerry Winters, a member of his staff who tried to help Chase's daughter, Victoria, leave her father and become a novelist in New York.  Remind Me

Columbo investigates murders linked to pieces of a photo that shows where $4 million dollars in stolen money is hidden.  Remind Me

When Graham McVeigh kills his brother and frames a mob bookie for the crime, later killing the bookie, too, he finds himself facing trouble from both Columbo and the bookie's superior in the mob.  Remind Me

A beautiful wife and her forensic expert boyfriend try to frame her very rich husband for murder.  Remind Me

After a much maligned Hollywood gossip columnist is murdered by her former lover, Columbo tries to find a way to prove he was responsible for the crime.  Remind Me

Ep 68: Murder with Too Many Notes

Findlay Crawford, a Hollywood film composer and conductor, murders a talented composer/musician who has been ghostwriting most of Crawford's work in recent years, including the entire score for the last film, which won an Oscar.  Remind Me